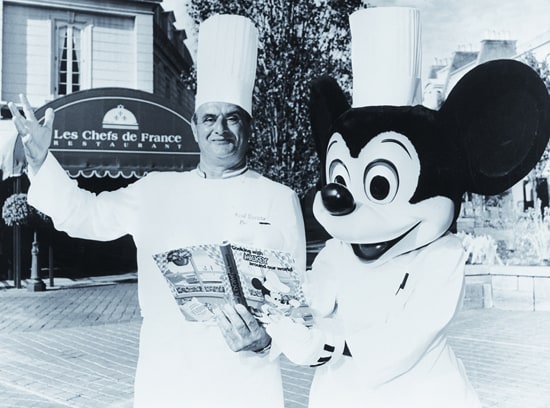 Monsieur Paul restaurant in the France Pavilion at Epcot World Showcase will be open all day December 31 to celebrate the New Year, starting with lunch at noon. The lovely little upstairs restaurant offers a quiet getaway from the bustling World Showcase on one of the busiest days at the park.

From noon until 6:30 p.m., Monsieur Paul is serving a three-course menu for $75 (plus tax and gratuity). Then, at 9 p.m. and 9:30 p.m., there’s a special menu to ring in the New Year with four courses for $195 (plus tax and gratuity). The restaurant features an extensive French wine list, and servers are happy to help pair with any course. So, if you’re looking for a spot to relax and regenerate for midnight, Monsieur Paul is parfait!

In case you’re wondering, “who is Monsieur Paul,” in the food world, Monsieur Paul Bocuse is a legend who has achieved extraordinary culinary honors throughout his career. He achieved three Michelin stars for 48 straight years at this famous restaurant in Lyon, France, Auberge de Pont de Collonges. 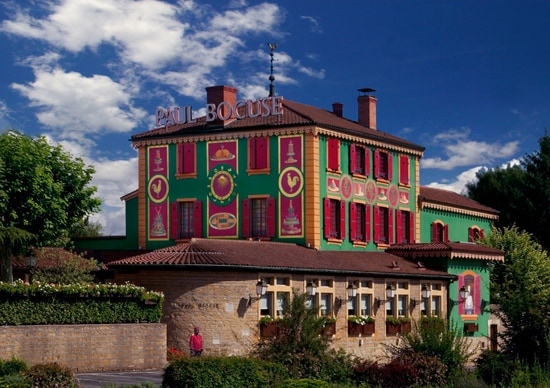 We had the pleasure of dining at his Lyon restaurant shortly after he debuted his first Bocuse-affiliated restaurant in America at the France Pavilion at Epcot in 1982, in partnership with two other very famous French chefs: Roger Verge and Gaston Lenôtre. (Bocuse is now in his late 80s, Verge is retired, and Lenôtre died in 2009.) Today, Chef Jerome Bocuse, Paul’s son, owns the company behind Monsieur Paul and the other dining spots at the France Pavilion. All three were considered among the greatest chefs of their time, and it was a real coup to have them represented at Epcot.

In an age of Food Network and culinary shows, Bocuse was one of the world’s first “celebrity chefs” whose fame stretched over more than half a century – he was named Best French Craftsman in 1961 and Chef of the Century in 2011 by the Culinary Institute of America.

So when it was time to “refresh” the elegant upstairs restaurant at the pavilion, an ode to Paul Bocuse seemed perfectly fitting. Walls are lined with historic photos, and the menu features classic French cuisine cooked by young Chef Francisco Santin, who worked with Chef Bocuse in Lyon.

Monsieur Paul is a relaxing, delightful way to sample a true taste of France and have a little history lesson in world cuisine. Bon appétit!