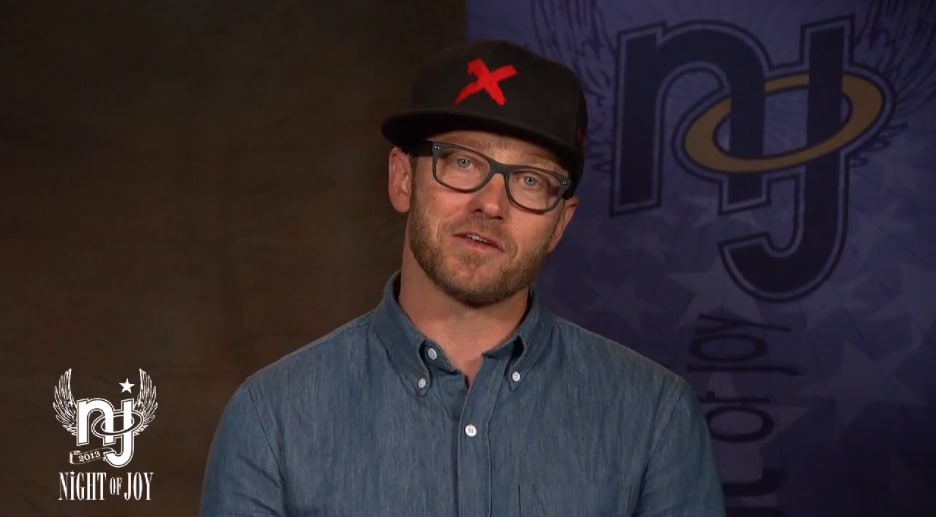 Today on the Disney Parks Blog, we shine the light on two artists who are both good friends of each other and good friends of Night of Joy and Walt Disney World Resort: TobyMac and Mandisa.

Friends and collaborators for more than seven years, they continue to pop up on each other’s records, with Mandisa referencing Toby in her new single “Overcomer” and Toby using Mandisa on one of his biggest hits – “Lose My Soul.”

Making his ninth appearance at Disney’s Night of Joy 2013 (five as a solo artist and four with the Christian supergroup dc Talk), Toby is not only a successful artist in his own right; he’s also an accomplished producer and record exec – starting Gotee Records in 1994, breaking such prodigious artists like SONICFLOOd, Out of Eden and current Night of Joy performer Jamie Grace. The multiple Grammy® winner’s latest record Eye On It features hit singles like “Me Without You” and his current smash “Steal My Show.”

Toby and his wife Amanda juggle a hectic life with their five children with several charity outlets including the Camp Electric Run for Hope, where they host a weekend for fans to run in the Nashville Country Music 1/2 Marathon with proceeds going to Powered by Hope, a Nashville-based charity whose mission is to turn racial division, class segregation, and spiritual poverty into community, possibility, and hope. Toby also uses one of his favorite pastimes, playing golf, to help causes he believes in, playing in many charity tournaments throughout the year and hosting a golf camp for the Fellowship of Christian Athletes.

Catching up with Toby during a full day of fan events at the KLOVE Music Awards, he talked about playing Nights of Joy past, especially what playing to youth groups means to him.

Mandisa is no stranger to Disney’s Night of Joy or Walt Disney World Resort, either.

In addition to performing at Night of Joy in 2008 and 2009, Mandisa also helped us open the American Idol Experience* attraction at Disney’s Hollywood Studios, after her spectacular appearance on the popular music competition show.

She has had a HUGE year, with several number one singles and a special guest appearance on Good Morning America, to sing her hit “Good Morning” for Robin Roberts’ return. Her latest record “Overcomer” has toes already tapping with the title track as its first hit.

After starting/leading an impromptu mini-exercise session during a break at the KLOVE Music Awards in Nashville, Mandisa sat down with us to talk about her first time at Walt Disney World Resort and to offer some wisdom about her experience as a Christian.

2013 marks the 31st year for Disney’s Night of Joy, two nights where the best in Contemporary Christian music meets the fun and fantasy of the Magic Kingdom Park. In addition to their favorite Christian artists, guests can enjoy beloved Magic Kingdom Park attractions like Space Mountain, Splash Mountain and Big Thunder Mountain Railroad – along with New Fantasyland, the largest expansion in Magic Kingdom Park history.