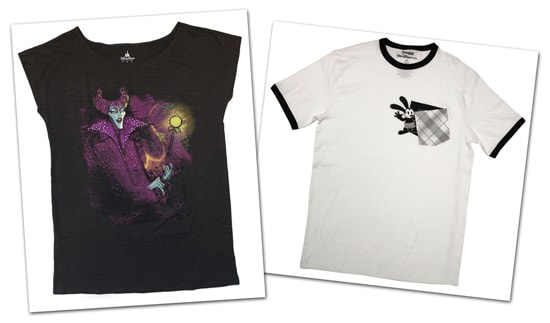 I recently gave you a look at a new Disney character-infused Cover Your Ears as part of “Limited Time Magic.” This reversible Mouse ear hat wrap features approximately 95 Disney heroes and villains, and is part of our Year of the Ear celebration (by the way, limited quantities of the wrap remain at Mad Hatter in Disneyland park at the Disneyland Resort, and Chapeau Hat Shoppe in Magic Kingdom Park at the Walt Disney World Resort). This wrap inspired me to look for other new Disney character apparel. I fortunately didn’t have to go far as the softlines team is located by my office. I learned they have a few new shirts arriving for the fall season that I think you will love. 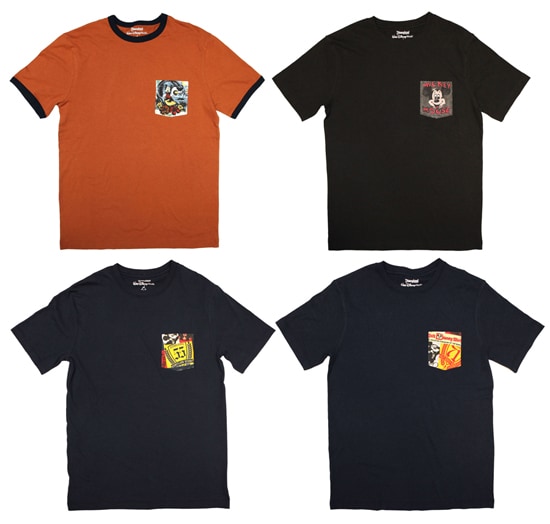 For men, there are five new pocket tees that follow a popular trend currently in the marketplace. The tees were designed by Disney artists Doug Strayer and Colin Breaud, and feature decorated (and functional) pockets on solid color shirts.

I was excited to see that Oswald the Lucky Rabbit (shown at top) made the cut. The two tees in the bottom row (shown above) were inspired by colorful and popular artwork originally created for 40th Anniversary of Walt Disney World Resort. I love the simplicity of these designs and I think they will be perfect with a pair of jeans or shorts.

Look for the pocket tees in a variety of locations at both Walt Disney World and Disneyland Resorts.