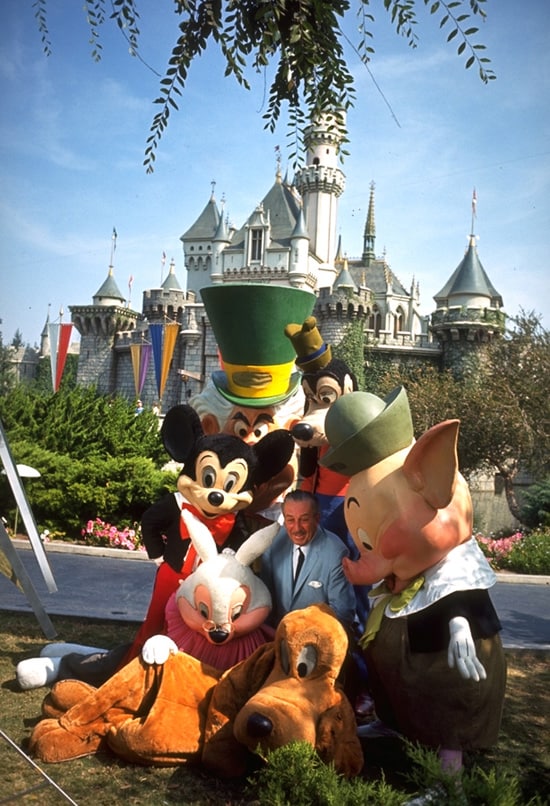 Continuing our look at rare photos of Walt Disney with the Disney characters at Disneyland park, today’s picture appears to be a “behind the scenes” outtake of Walt taken during a 1965 photo shoot at Sleeping Beauty Castle.

This picture is so fun and colorful, it’s hard to believe it was taken nearly a half century ago.

Check back soon for more photography of Walt and the Disney characters!