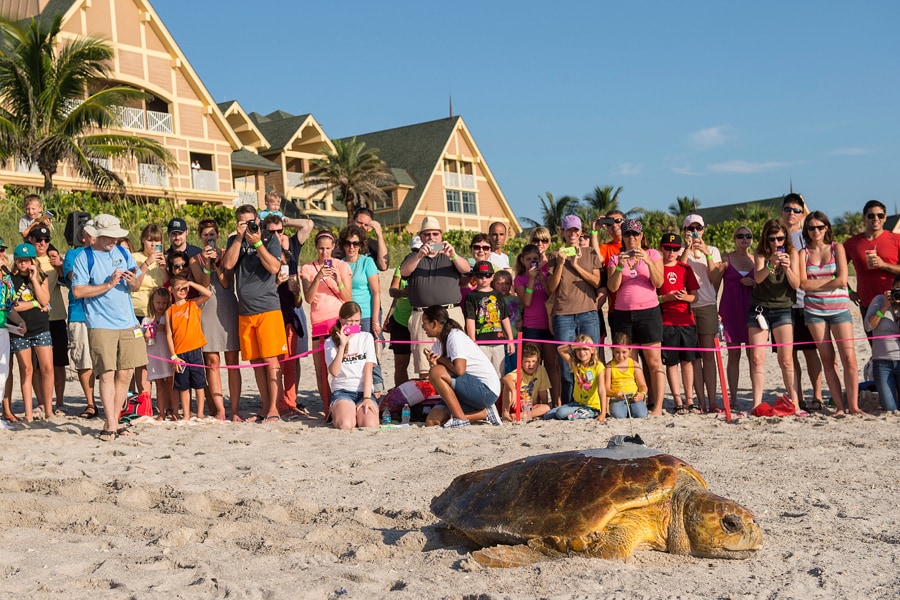 Just a few weeks ago, Disney’s Vero Beach Resort guests cheered as two giant loggerhead sea turtles returned to the sea after nesting on the beach. The turtles had been fitted with satellite transmitters to help with conservation efforts as part of the Sea Turtle Conservancy’s annual “Tour de Turtles,” which tracks the turtles to their foraging grounds.

Last week, one of those sea turtles returned to nest again near Disney’s Vero Beach Resort. Carrie, named for a character in the Disney•Pixar film “Monsters University,” was spotted by members of our turtle monitoring team who were surveying the beach for nesting turtles. Carrie was easy to spot — she is a “monstrously” large loggerhead turtle — and she was wearing her Tour de Turtles satellite transmitter. 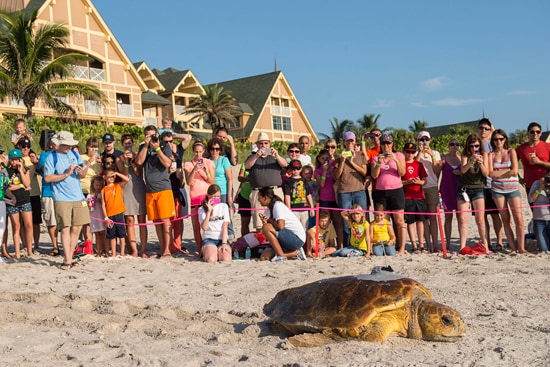 Carrie is the first loggerhead to be documented nesting twice during the same Tour de Turtles race! Carrie laid her eggs exactly 14 days after her first clutch, and her second nest is within a half mile of her Tour de Turtles nest. How is that for being able to find your way back to your nesting beach!

What a year it has been for sea turtles! First, one of our Disney-sponsored 2011 Tour de Turtles sea turtles, Lightning McQueen, came back this summer to lay her eggs near Disney’s Vero Beach Resort, and now Carrie has a second nest in the same year. We also are on track for having a monstrously successful sea turtle nesting season. We have broken our 10-year record and have more green sea turtle nests (432 on our 7-kilometer stretch of beach near Disney’s Vero Beach Resort) as of last week, and we are on track to have the second highest year for loggerheads (1,039 nests as of last week). The record was set last year with 1,365. Will we break the record this year? Maybe Carrie knows the answer!

You can track Carrie, Claire (our other Disney-sponsored turtle), and all of the 2013 Tour de Turtles sea turtles online at www.tourdeturtles.org.