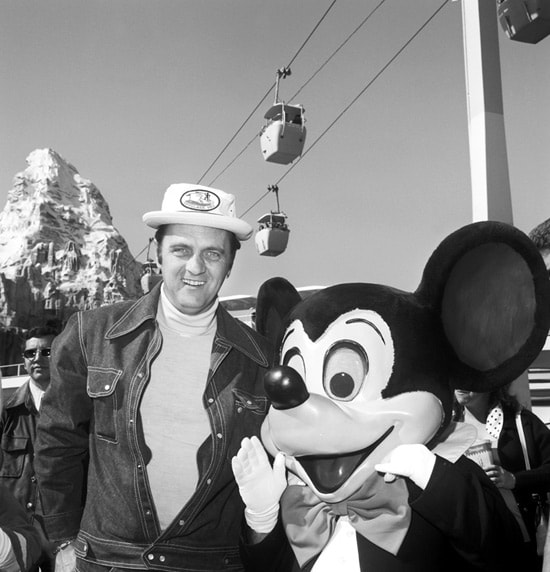 A Look Back at Celebrated Disneyland Resort Guests: Bob Newhart – 1974

From the worlds of sports, entertainment, government and politics, the Disneyland Resort has welcomed some of the world’s most famous guests since the day Walt first opened our gates.

Today we’re beginning a new photo series, looking back at some of these most celebrated guests and their Disneyland Resort visits, on the occasion of their birthday.

Today is television legend Bob Newhart’s birthday, and this 1974 photo of Bob and Mickey Mouse in Tomorrowland is our first classic photo in this series.

Like millions of his fans, I still enjoy Bob’s many award-winning comedy albums and his two long-running television series, but I have a special place in my heart for his performances as Bernard in “The Rescuers” films.

I recently had an opportunity to share this photo with Bob and ask what he’d like Disney Parks Blog readers to know about it. In classic Newhart style, Bob replied simply, “I have been looking for this hat for 20 years and still haven’t found it.”

Happy Birthday, Bob, and we hope you find that spiffy hat someday!