New stories are quickly coming to life on the Disney Magic! Today, I have for you the very first sneak peek inside the ship at one of the magical spaces for kids, Andy’s Room in Disney’s Oceaneer Club. 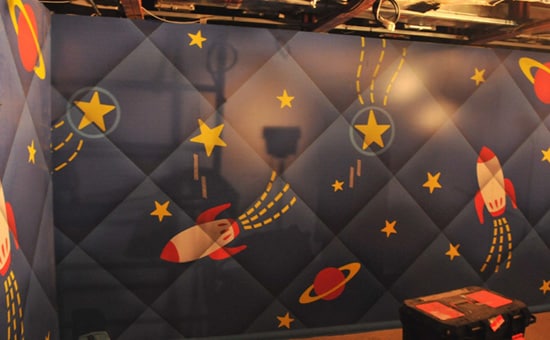 Now that the walls in this room are nearly complete, popular stars of the Disney•Pixar “Toy Story” film trilogy are starting to call this multi-level activity area home. 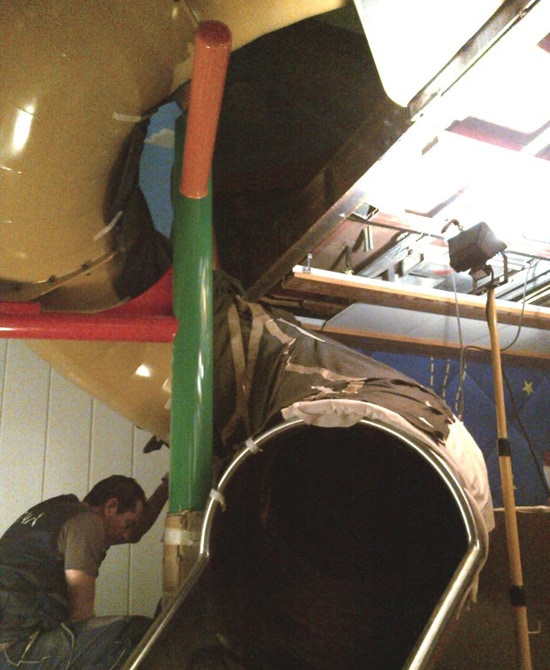 One of Andy’s favorite toys, Slinky, found his way to the ship this week and is being magically transformed into a Slinky Dog slide. He’ll soon be joined by Mr. Potato Head and the lovable piggy bank, Hamm.

Since these toys are larger-than-life, kids on the re-imagined Disney Magic will feel toy-sized themselves! Which “Toy Story” friend will your little ones play with first when the Disney Magic relaunches in Miami?