This week, we announced that Princess Fairytale Hall in Magic Kingdom Park will officially open its doors on September 18. The detailed Disney Princess character greeting location is the next to debut as a part of the New Fantasyland expansion. And in honor of the announcement, we shared a new sneak peek video.

Princess Fairytale Hall will offer two separate character greeting experiences, which means there will be two queues to choose from. You can choose to meet either Cinderella or Rapunzel, each of whom will be joined by one fellow Disney princess. Check Jennifer’s original post for more details.

Also this week, we officially reopened Fountain View at Epcot. And now, the Future World favorite is serving Starbucks drinks and menu items as well as your favorite house-made Disney treats. 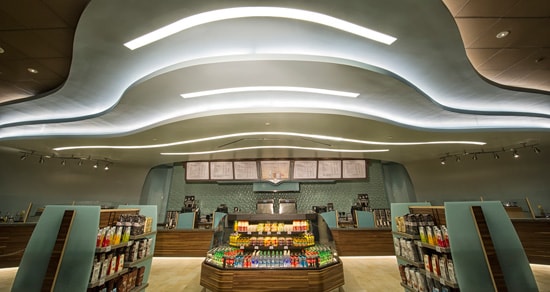 Circle D Ranch Furry and Feathered Friends Spend Quality Time with Their Fellow Disneyland Resort Cast Members – See how the furry and feathered friends of the Disneyland Resort “take a meeting” with cast members in this behind the scenes video.

Mad T Party at Disney California Adventure Park Adds a Dash of Halloween to the Mix – This fall, wander down the rabbit hole and see how the Mad T Party is stirring in just the right amount of Halloween spice for a devilishly delicious All Hallows Eve.