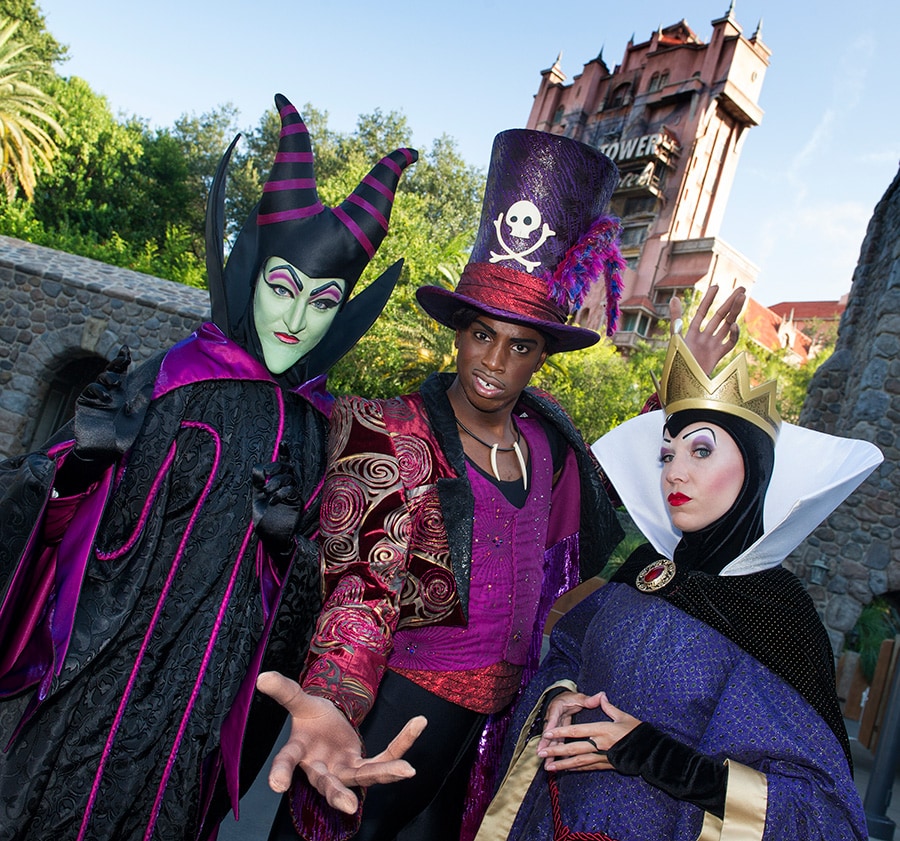 Friday the 13th will be extra special this year as Disney’s dastardly villains unleash some “Limited Time Magic” at both Disneyland park and Disney’s Hollywood Studios at Walt Disney World Resort. And today, we have some new details to share. 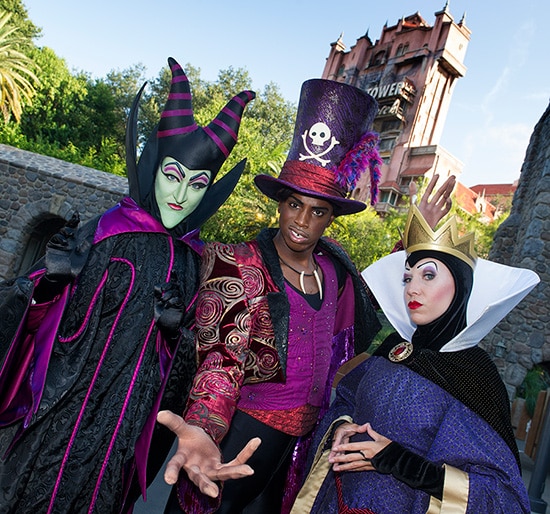 Both Disney’s Hollywood Studios at Walt Disney World Resort and Disneyland Resort will stay open until the 13th Hour (1 a.m.) for the Friday the 13th “Limited Time Magic” celebration.

At Disney’s Hollywood Studios, the hub of the villains’ festivities takes place at the dead center of the park, Hades’ Hangout – the hottest club north of the Underworld. The “Lord of the dead,” Hades, will host spine-tingling fun while his henchmen, dancers, interactive DJ and hot house band keep the nighttime activities on fire. Some of the villains appearing will include Pain and Panic, Maleficent, Captain Hook, Cruella De Vil, Jafar and Big Bad Wolf. Also, villains will be on the prowl after dusk for photo ops and character greetings, plus a few special surprises.

You can unleash your inner villain by keeping an eye out for a specially created Unleash The Villains T-shirt celebrating this “Limited Time Magic” event. T-shirts will be available at Villains in Vogue on Sunset Boulevard, as well as Disneystore.com/ParkEvents, while supplies last.

Also, to celebrate the imminent arrival of the midnight witching hour, “Villainy in the Sky” will set the sky ablaze with spectacular fireworks and keep the party going until the 13th hour.

Villains will also take over Disneyland park on Friday the 13th. Town Square will be transformed for the party where you may see villains like Captain Hook, the Queen of Hearts, Judge Frollo and Lady Tremaine. Villains will also be around after dusk for photo ops and character greetings.

You’ll be able to dance the night away as you “Party Like a Villain.” Witches and warlocks will get the dance party started, spinning a mix of upbeat Halloween tunes and Disney-friendly Top 40 hits. There will be Halloween-themed projections, lighting effects and an eerie fog set the tone for the evening.

A special Unleash The Villains T-shirt celebrating this “Limited Time Magic” event will also be available at Port Royal in Disneyland park and Tower Hotel Gifts in Disneystore.com/ParkEvents, while supplies last.

And of course, there will be tempting treats to taste at Disney’s Hollywood Studios and Disneyland park. Pam Brandon will have new details to share on some of the treats later this afternoon. Be sure to check the blog later today.