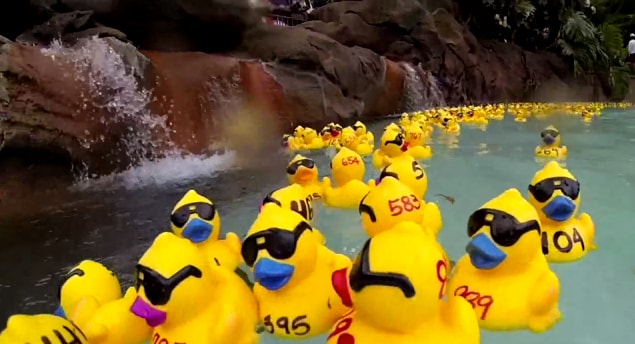 To commemorate the second anniversary of Aulani, a Disney Resort & Spa, last week – and in support of the Nature Conservancy – a global conservation organization, cast members and guests celebrated with the resort’s first-ever Ducky Derby through the Waikolohe Stream. We captured a “duck-eye” view of more than 1,000 rubber duckies starting their journey from the top of Tubestone Curl, then making a mad splash around the stream before racing to the finish line. For each guest participating, Aulani made a $10 donation, resulting in a $10,000 contribution to Hawai`iʻs Nature Conservancy to help preserve and sustain Hawai`iʻs environment – from the mountains to the ocean.