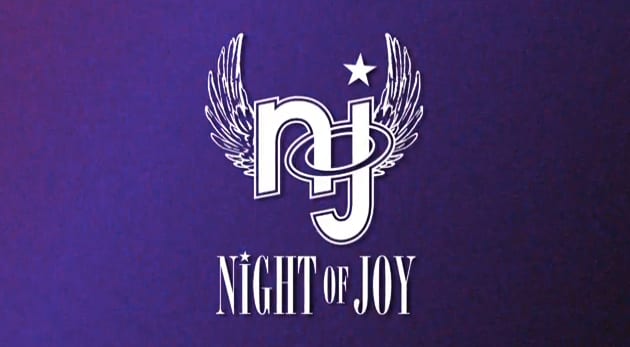 Well another Night of Joy event has come and gone. It was such a whirlwind!

Thank you to all our guests who attended; and, to those who couldn’t, we hope to see you next year.

During the weekend, we also let a few things slip about next year’s event.

Disney’s Night of Joy 2014 will be held Friday, September 5 and Saturday, September 6. Some of our favorite performers – like MercyMe and Matthew West – announced their return to Walt Disney World Resort and Magic Kingdom Park for next year.

And, I’m very excited to announce the addition of Hillsong United to our lineup for the very first time.

Hillsong United is a musical ministry powerhouse that started from a church in Australia, Hillsong Church has created outlets for their work around the world – even starting their first ministry in the United States in New York City a couple of years ago. Hillsong United, in their words, are “called to create a musical expression that is almost uncomfortable in its uniqueness,” with their mission to “write songs that awaken churches and individuals to the fact that we are redeemed and called into the story of God.”

Their latest record “Zion” debuted at Number Five on the Billboard Top 200 Album Charts and Number One on the Top Christian Album charts back in February 2013.

We caught up with Joel Huston, one of the worship leaders of Hillsong in New York City, where he and his wife recently had their first child, also named Zion. Joel talked with us about Hillsong’s history, his first visit to Walt Disney World Resort and what he hopes fans will see when Hillsong United hits the stage for Disney’s Night of Joy 2014.

2014 will mark the 32nd year for Disney’s Night of Joy, two nights where the best in Contemporary Christian music meets the fun and fantasy of the Magic Kingdom Park. In addition to their favorite Christian artists, guests can enjoy beloved Magic Kingdom Park attractions like Space Mountain, Splash Mountain and Big Thunder Mountain – along with New Fantasyland, the largest expansion in Magic Kingdom history.

Keep checking back on the Disney Parks Blog for more information about Disney’s Night of Joy, where we will be announcing more exciting performers and will let you know when tickets go on sale.