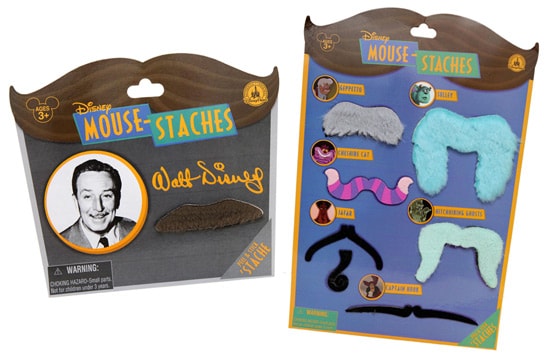 As a child, I loved visiting toy stores. I would spend countless hours roaming aisles in search of the perfect toy (which was typically some kind of Star Wars action figure). As a parent today, I see that same kind of thrill in my son’s eyes when we visit a store. I also still feel that thrill when I visit with Cody Hampton, merchandiser for toys and games at Disney Theme Park Merchandise. Cody recently took me on a tour of his toy showroom to highlight a few new novelty toys coming to Disney Parks this fall. 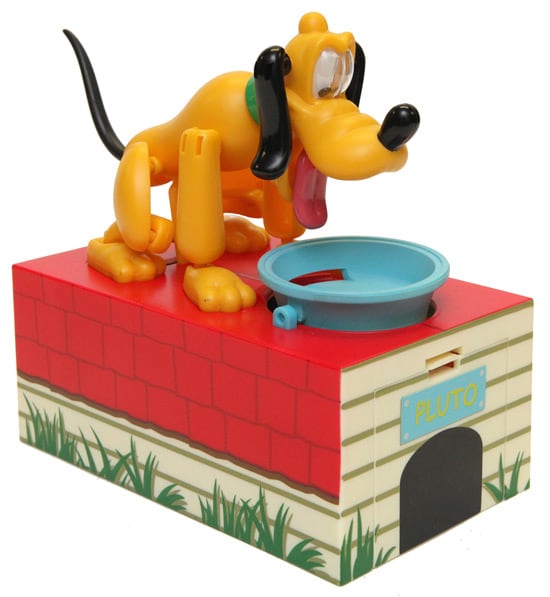 I think my favorite new item is a Pluto bank. When a coin is dropped into Pluto’s dish, he licks his plate clean. I recall having a metal bank with baseball players similar to this when I was younger (the pitcher would throw a coin into the catcher’s glove). I’m going to need more coins when my son sees this one.

Two of the more unique items Cody shared with me were Disney Mouse-Staches. Cody said these play mustaches were inspired by a popular trend in the marketplace. I once tried growing a mustache, but became impatient with how long the process took (and my fiancée Jennifer said “No”). I think I’ll stick with these peel and stick ‘staches from now on.

Another fun item that Cody shared was Disneyvision. This small retro television measures about 7-inches tall by 5-inches wide and was designed by Disney Design Group Artist Lin Shih (whom you may recall from Radio Disney Music Award fame a few months ago). The set comes with six different characters that can be placed into the television. Once Disneyvision is turned on, you can control the speed of six built-in LED strobe lights and motion of the characters by turning the dials. This lighting effect makes it appear like the characters are animated. 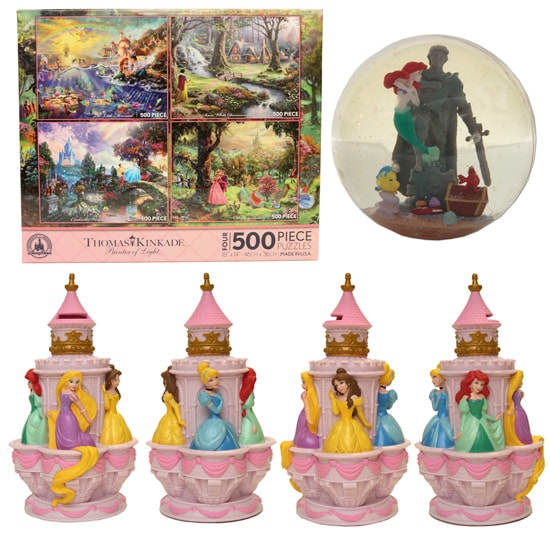 Finally, there are a few new Disney Princess items arriving this fall including a small rubber ball inspired by a scene from “The Little Mermaid,” a 500-piece puzzle featuring the works of Thomas Kinkade, and a small castle turret bank that contains sculpted images of Cinderella, Belle, Ariel and Rapunzel.