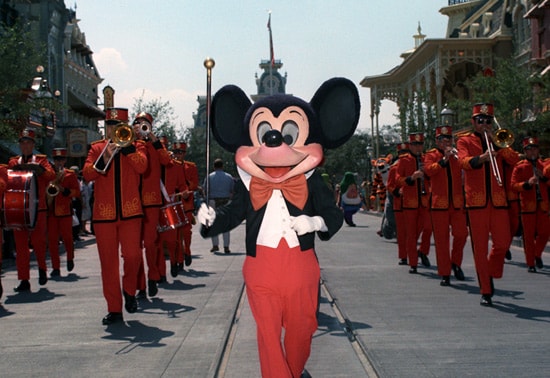 What do you love about parades?

For me, parades are like a moving celebration of some of the happiest and grandest things in life. And no one does them better than Disney Parks!

The tradition of having parades at Magic Kingdom Park goes back to when the turnstiles opened October 1, 1971. And as we shared earlier this year, a new procession, Disney’s Festival of Fantasy Parade, will debut in spring 2014 at the park. In the meantime, we’re going to celebrate the parades that have marched so much joy into Magic Kingdom Park over the years: The parades we grew up with, the ones we wish we would’ve been around to see, and the ones with music that just made us smile. 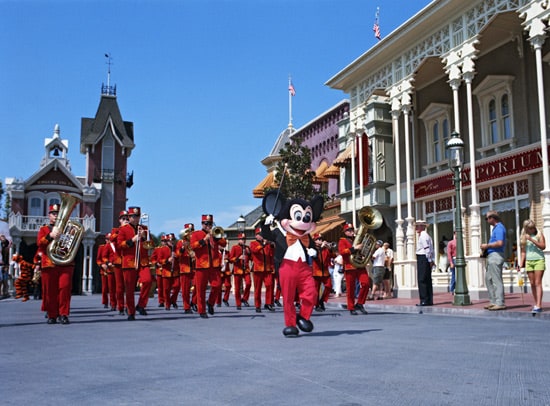 This week, we’re taking a look at the very first parade to ever step off at Magic Kingdom Park. It was called the “Character Parade” and ran from October 1 – December 9, 1971, at 12:30 p.m. and 5:30 p.m., daily. The park’s first parade didn’t feature the huge floats we’re familiar with today, but instead started as a mix of Disney characters, musicians and antique cars. Mickey Mouse kicked off the parade, leading in a red uniformed marching band. The dwarfs from “Snow White and the Seven Dwarfs” followed, carrying balloons. Minnie appeared next, riding in one of the park’s yellow antique cars with the Dapper Dans. Other characters who made an appearance included: Dumbo from “Dumbo”; Walrus from “Alice In Wonderland”; Thumper and Flower from “Bambi”; Baloo and King Louie from “The Jungle Book”; and Big Bad Wolf and the Three Little Pigs.

In 1972, the park celebrated “Pooh for President” by adding a patriotic-themed float for Winnie the Pooh, who was followed by his friends Tigger and Eeyore, and a fife and drum corp. The parade was also plussed up for Mother’s Day that year, with characters marching the parade route with special Mother’s Day cards.

Which Magic Kingdom Park parade would you love to see featured here? Tell us in the “Comments” section below.