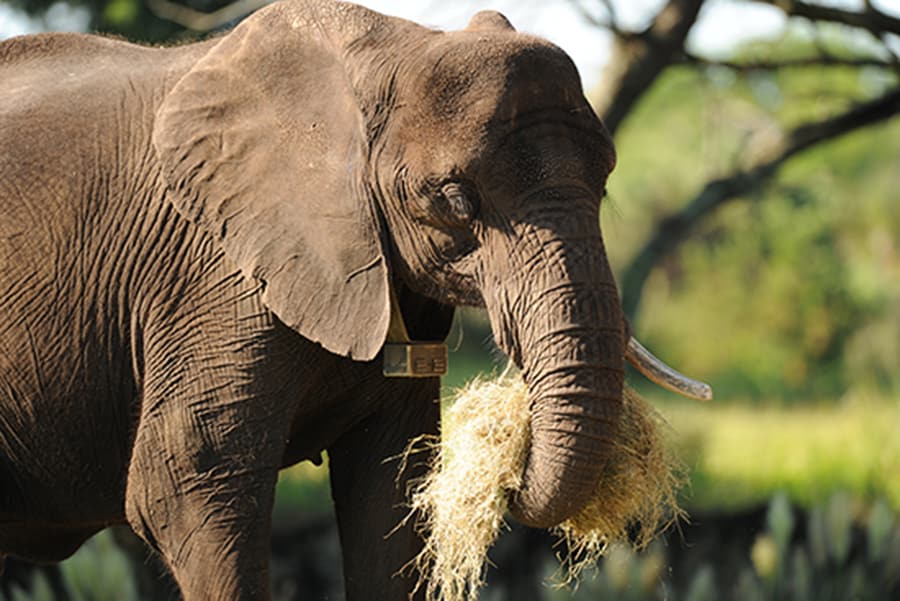 Wildlife Wednesdays: Elephants Eat Their Fruits and Veggies, and a Whole Lot More! Find out on Elephant Appreciation Day at Disney’s Animal Kingdom

We know that lots of fruits and veggies are part of a healthy diet. Apparently, elephants know that too. At Disney’s Animal Kingdom, an adult male elephant will eat 28 pounds of produce in one day–and that’s not all! He’ll also eat 7 bales of hay, 5 bundles of grass, 2-to-3 bundles of browse, and 15 pounds of grain. And as we try to drink 8 or more glasses of water each day, elephants will guzzle 25-50 gallons of water. It all adds up to about 400-600 pounds of food in a day, which is as much as an average person eats in an entire year. 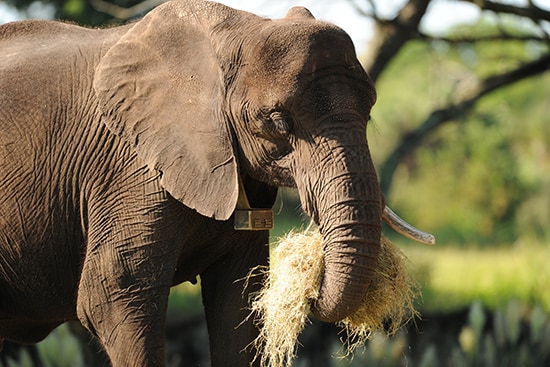 In addition to learning what—and how much—an elephant eats, guests who stop by Rafiki’s Planet Watch can: 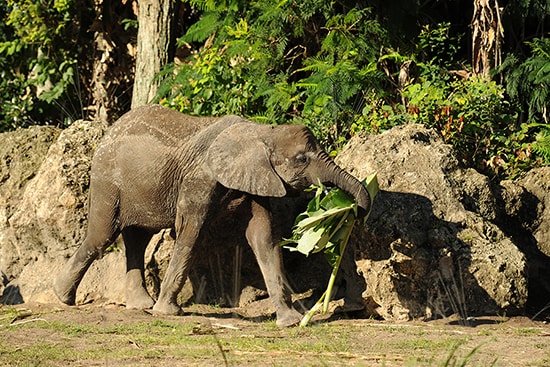 Disney scientists conduct hormone analyses, using specialized tests called immunoassays, to monitor the reproductive status of the female elephants before and during pregnancy. Guests can watch scientists perform these and other analyses in the Wildlife Tracking Center.