This past year has been an exciting time for Haunted Mansion collectors. In February, we released nine amazing decorative items inspired by the attraction. These items and more are currently found on the Disney Parks online store. In August, we had an online release of a Hatbox Ghost shirt (it’s nice seeing fellow Haunted Mansion fans in the Parks wearing that shirt.) Finally, in September, we released an incredible Dooney & Bourke wallpaper bag. Good news – additional orders of this bag are arriving in November at Disneyland and Walt Disney World Resorts. As your humble servant of Disney Parks merchandise information, I wanted to share with you a look at some other recent and future Haunted Mansion items. 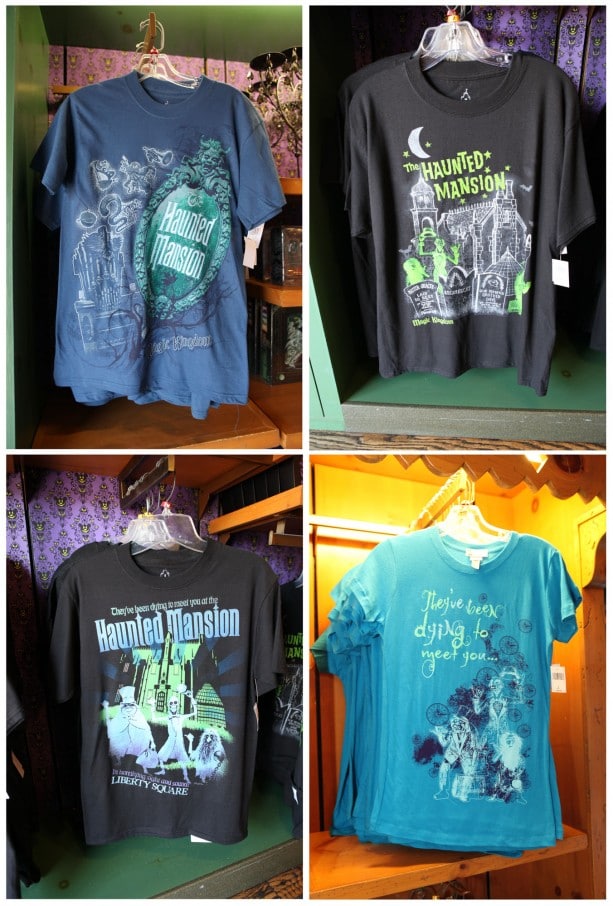 I recently visited the Yankee Trader shop located near the Haunted Mansion attraction in Liberty Square at Magic Kingdom Park. The shop had a nice small display of items including those aforementioned decorative goods and four recently released T-shirts. 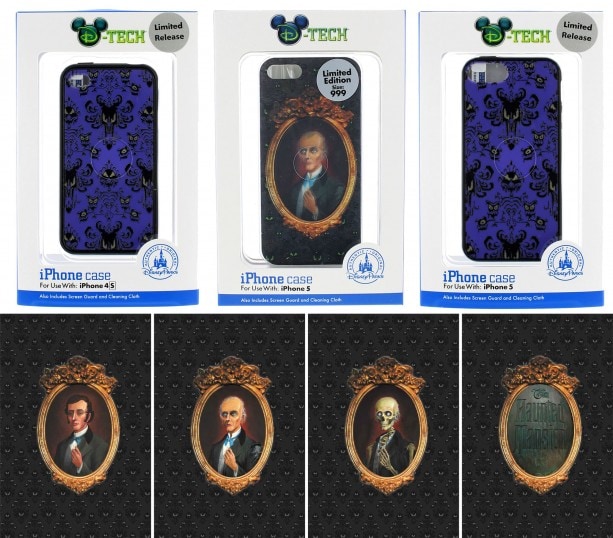 On December 20, we are releasing a Vinylmation set with figures inspired by the stretch room portraits (as seen in the first image of this article). This limited edition set will have an edition size of 2,000 and was designed by Disney Design Group artist Ron Cohee. The set will be released at the D Street locations on each coast and on the Disney Parks online store. 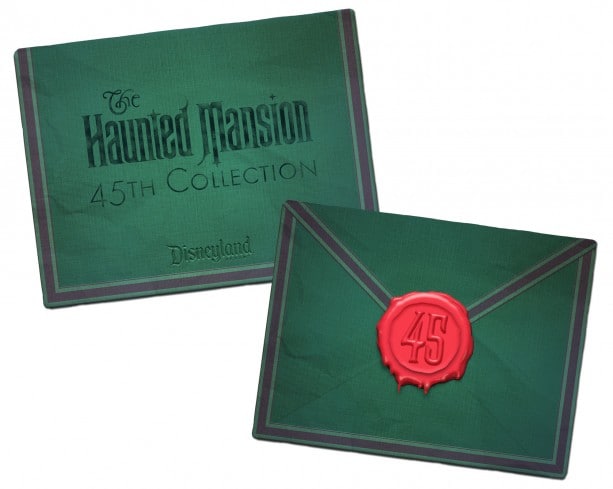 Finally, the Haunted Mansion will celebrate 45 years at Disneyland park in August 2014. The Disney pin team is currently planning an awesome pin collection for this milestone anniversary at the Disneyland Resort next summer. Look for more details in the coming months about the new collection. 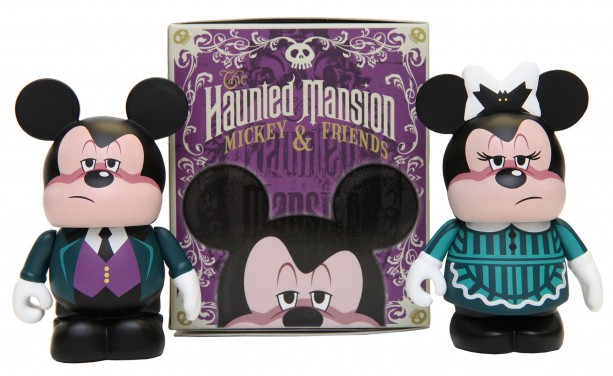 The Vinylmation team will also be releasing some new three-inch figures for the 45th Anniversary. These figures, also designed by Ron Cohee, will feature Mickey Mouse and friends playing roles from the Haunted Mansion. Look for this new “Reveal/Conceal” concept late next summer.