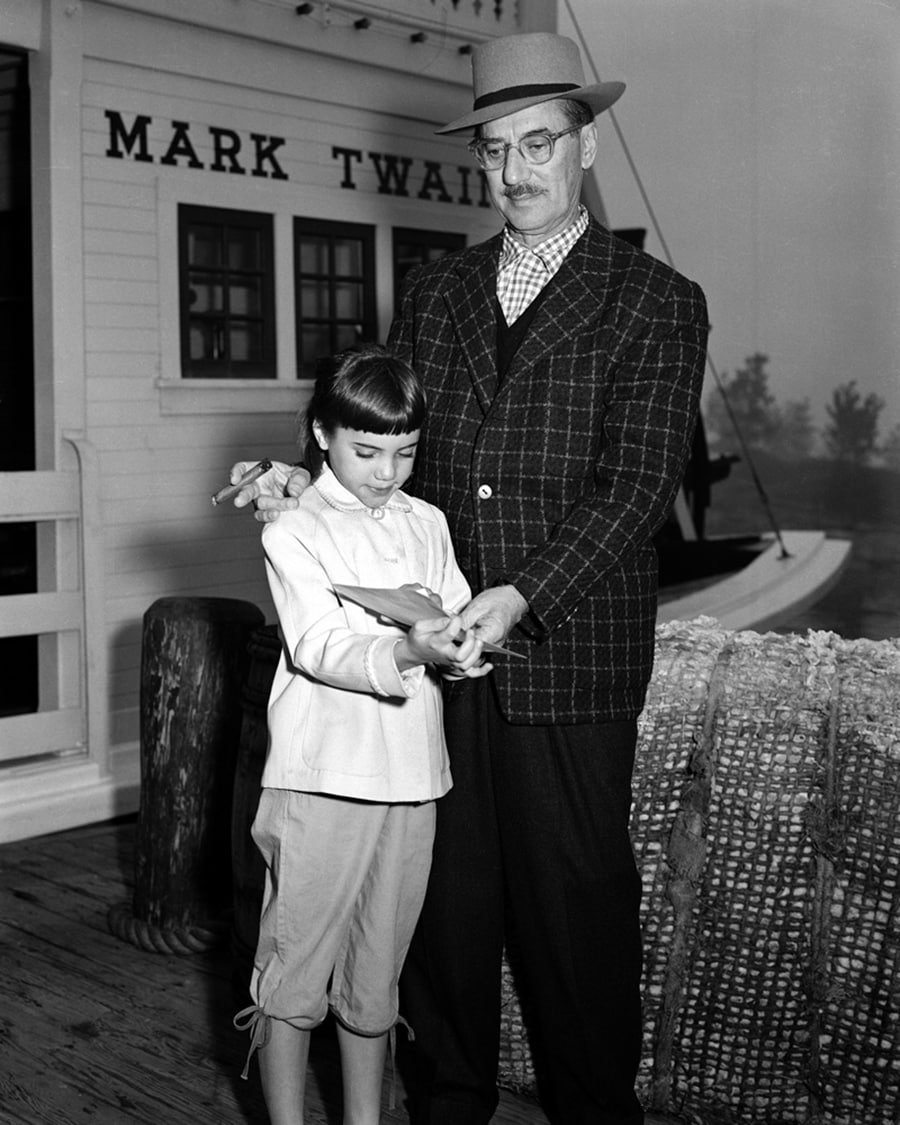 A Look Back at Celebrated Disneyland Resort Guests: Groucho Marx – 1955

On this day in 1890, a legendary Hollywood icon, Groucho Marx, was born. In a show business career that spanned vaudeville, motion pictures and television, Groucho is widely recognized as one of the most influential entertainers of the 20th century. To this day, novelty “Groucho glasses,” including iconic eyebrows, nose and mustache, remain an instantly recognizable tribute to this entertainment giant.

Pictured here with his daughter, Melinda, on the dock of the Mark Twain Riverboat in the fall of 1955, we believe it is the only time Groucho visited Disneyland park.

I reached out to Melinda about her memories of that day, and she was very happy to see this photo after all these years. She was nine years old when it was taken and she remembers being “obsessed” with Peter Pan at the time – even pretending to be Wendy! 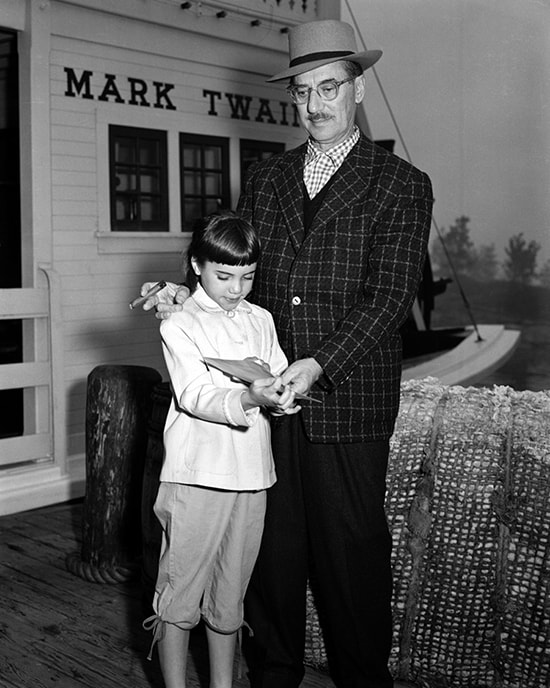 Read on for more posts in the “Celebrated Disneyland Resort Guests” series: