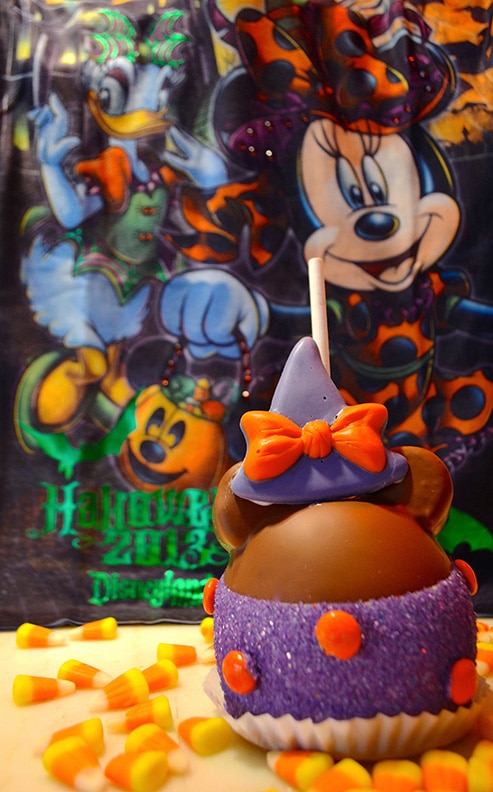 Come ‘Gourd’ Yourself on Fall Favorites at Disney Parks

Here’s a look at 13 Terrifying Treats that are bound to make this “spirited” season a bit more thrilling.

This first treat is a “mirror” image of what I showed you just a few weeks ago. From what I hear, this skull caramel apple is covered in white chocolate, taking on the look of a particular “poisoned apple” and is by far the tastiest treat of them all. 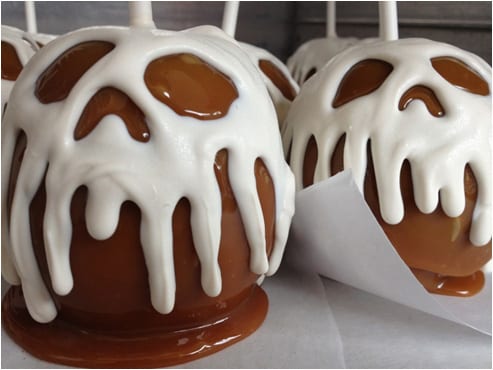 Who wouldn’t want to try this frightfully delicious cake pop which has been covered in creamy white chocolate, dusted in orange sanding sugar and decorated as a jack-o-lantern? 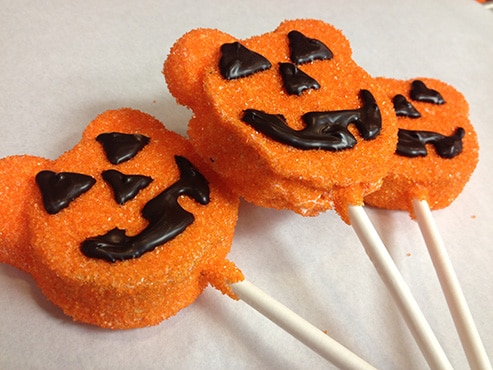 Will you dare to get wrapped up in trying our Mickey Mummy inspired cake pop? 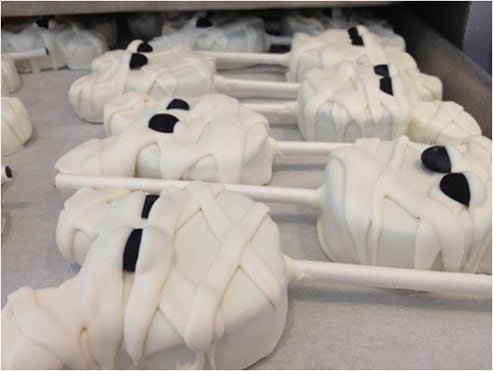 Get tangled up in the web of this creepy crawly spider cake pop decorated with wriggly gummy worms and covered in milk chocolate. 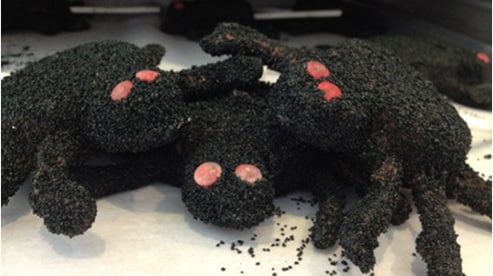 You might consider this next treat hauntingly good fun. Tart green apples have been covered in ghostly white chocolate and decorated to resemble a simply “boo-tiful” Mickey Mouse. Give it a try. 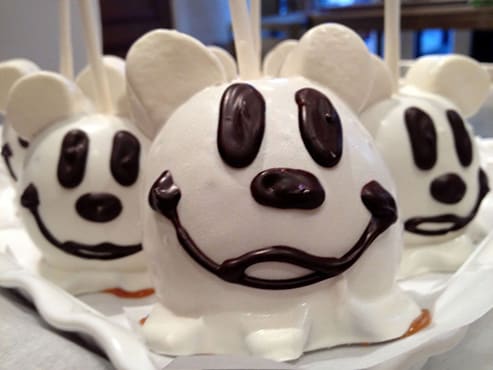 This treat is no trick. The fluffy marshmallows and crispy pretzel rods take on a frightfully new look this Halloween.

Now this is Halloween! This decadent chocolate cake pop has been immersed in creamy white chocolate and has been given a “nightmarish” twist – resembling none other than … Jack Skellington. If you fall under the spell of this delicious caramel treat, have no fear it is available all year round. 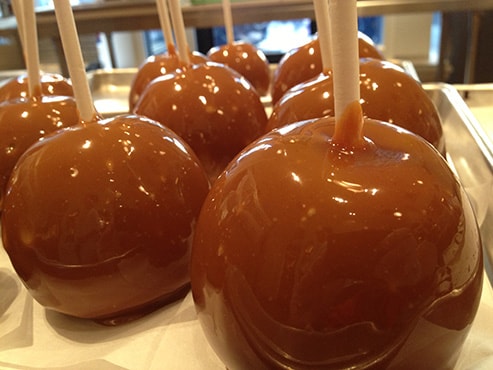 The next step for you is to try our creamy pumpkin-flavored fudge – if you haven’t already. I know it’s a favorite among our Disney fans. 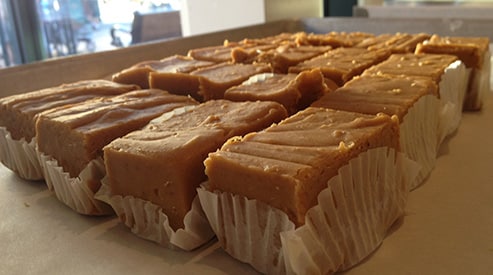 If you love the pumpkin fudge, than be sure to try our crunchy caramelized brittle which has has been combined with cinnamon, nutmeg and pumpkin seeds. It’s wickedly good! 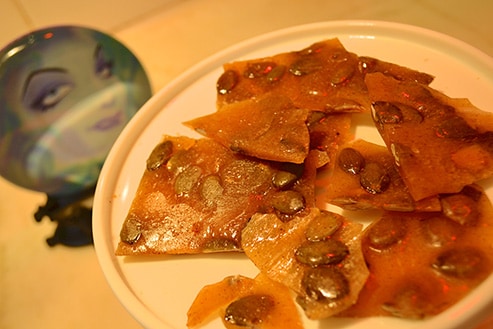 Can you guess “witch” apple I love the best? Be sure to try the colorful Halloween Minnie apple, which has been adorned purple chocolate witch hat. Keep an eye out, the apple bears a striking similarity to the costume worn my Minnie herself at Halloween Carnival at the Big Thunder Ranch Jamboree.

Heads will roll after one taste of this crisp green apple which has been covered in smooth caramel, creamy white chocolate and orange sanding sugar. 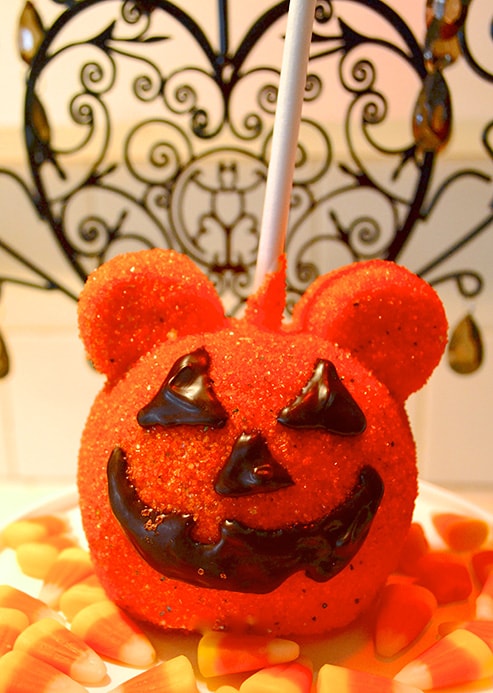 These fluffy cupcakes are covered with sweet Halloween-inspired frosting and have been topped off with none other than a decorative Mickey ear hat. 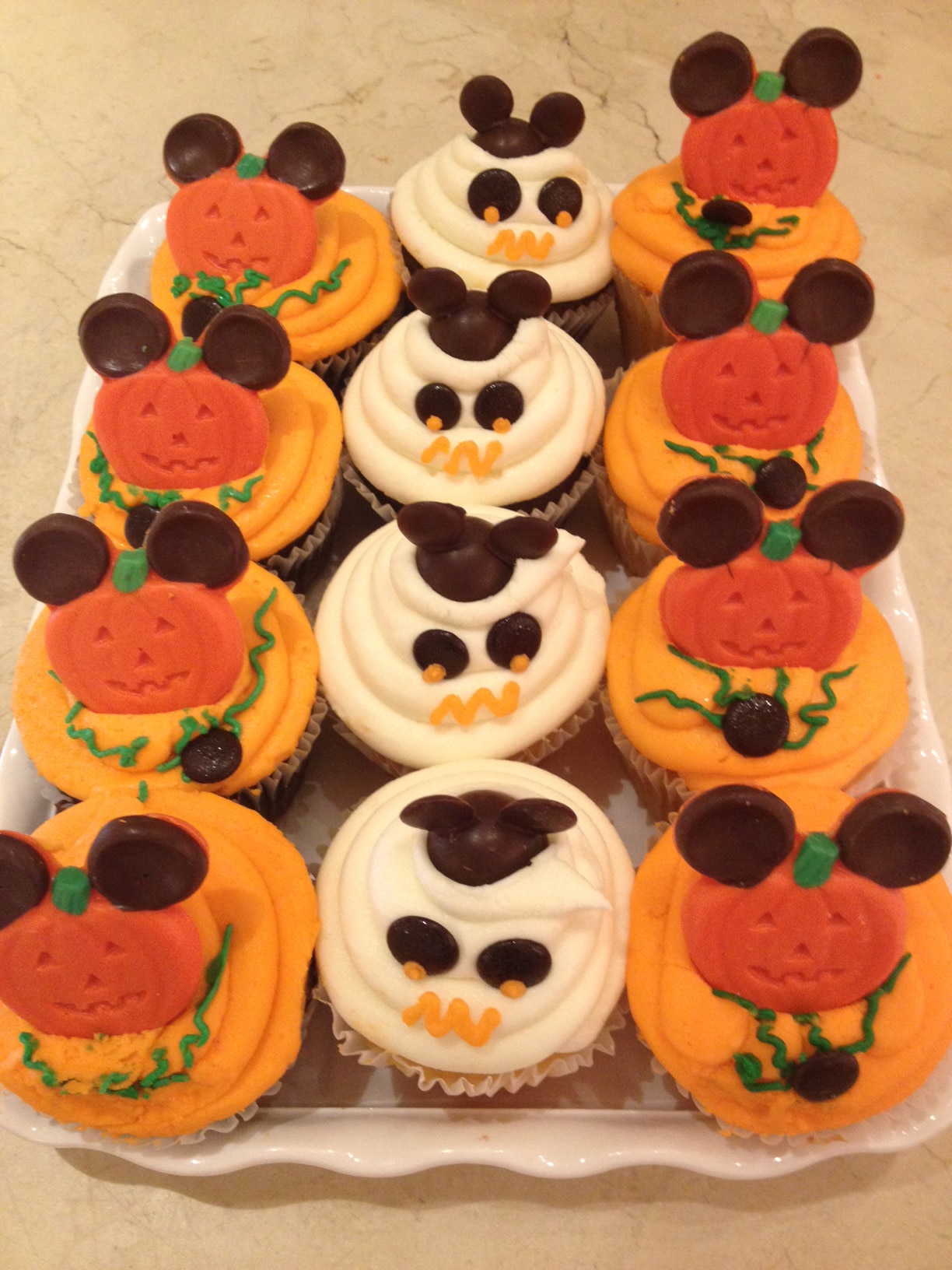 You know there’s always room for one more. So how could I leave this next one out. If you like what you’ve seen so far, there’s no doubt in my mind that you will dig our Gourmet Apple for October… “Dirt and Worms.” Enough said – check it out! All of these amazing treats are available now at candy kitchens throughout the Disneyland Resort, including Candy Palace on Main Street, U.S.A. and the Hunny Spot in Critter Country at Disneyland park; Marceline’s Confectionery in the Downtown Disney District; and Trolley Treats in Disney California Adventure park.

Destinations: Come ‘Gourd’ Yourself on Fall Favorites at Disney Parks