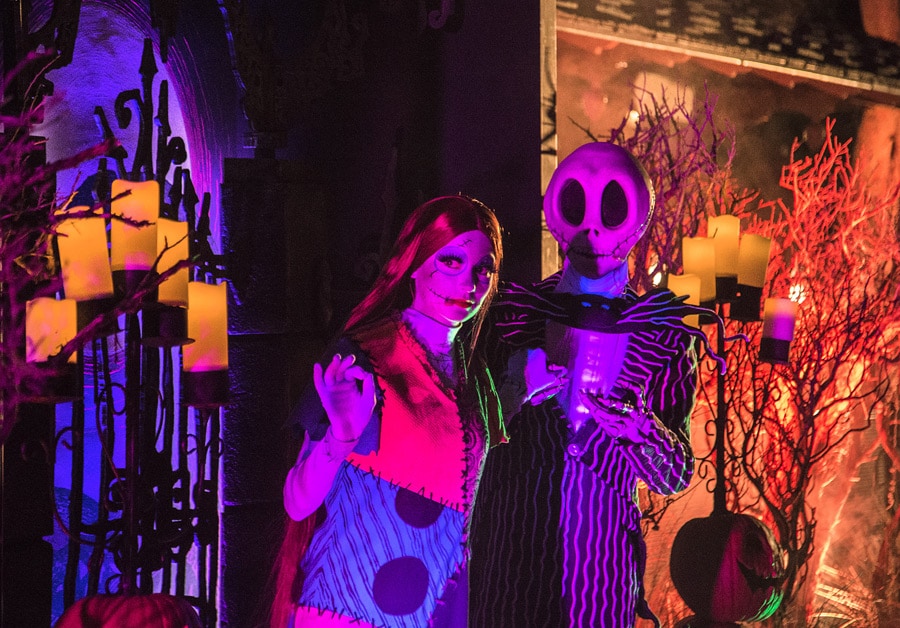 Last night, 200 Disney Parks Blog readers joined us for a special circle tour of Disneyland park aboard the Halloween Time Express Meet-Up! This mobile meet-up was our first-ever, and included spooky surprises at every stop.

Guests arrived in a variety of costumes, ready to board one of two Disneyland Railroad trains which would take them on their adventure. 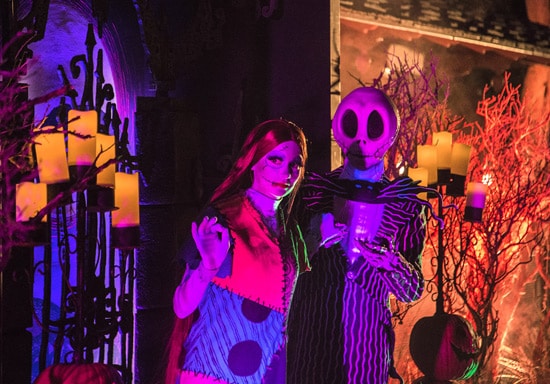 After a private performance from the Cadaver Dans at the Main Street Train Station, the Halloween Time Express departed for New Orleans Square, where Jack and Sally were waiting to greet passengers. Next, an unexpected stop just outside Big Thunder Ranch Jamboree featured Billy Hill and the Haunted Hillbillies along with Mickey Mouse and Minnie Mouse in their Halloween costumes!

When the Halloween Time Express reached Tomorrowland Station, Darth Vader and his Stormtroopers were waiting to board the train, but were thwarted by Jedi Knights.

And did I mention ghost hosts? Each train was boarded by a resident of the Haunted Mansion – both looking for something to haunt while Jack Skellington has taken over for the season.

Waiting for our passengers as they disembarked from the train at Main Street Train Station were Maleficent, Lady Tremaine, Anastasia and Drizella.