From the moment AVATAR was released, people were captivated by the mythical world of Pandora. When we announced that we’d be working with James Cameron and Lightstorm Entertainment to bring this world to life in our parks, we felt certain that this partnership and combination of talent and imagination would produce an experience unlike any other ever created.

Our combined team has taken huge steps forward in “imagineering” Pandora as a real place for our guests to see, hear and touch. At the first-ever D23 Expo in Japan, we shared an early glimpse of the plans for AVATAR at Disney’s Animal Kingdom park and I wanted to share some of these breathtaking images and a short preview of what’s to come with all of you.

As these concept renderings show in epic scale, in the world of AVATAR guests will encounter awe-inspiring floating mountains and wander through a nighttime jungle of bioluminescent plants that are alive with light and sound. Guests will also discover what it feels like to soar into the sky riding a Banshee.

And the new AVATAR-inspired land won’t be the only change coming to Disney’s Animal Kingdom. 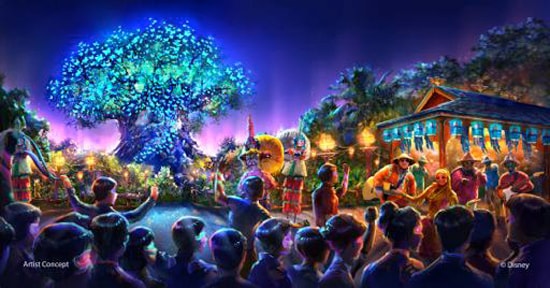 As part of the largest expansion in the history of the park, we’ll be adding all-new entertainment experiences, including a new nighttime spectacular where live music, floating lanterns, water screens and swirling animal imagery all combine to bring a show to Discovery River that will delight our guests and truly cap off their day at Disney’s Animal Kingdom. The park will introduce more nighttime entertainment as well, including live performers on Discovery Island (pictured above) and a new nighttime version of the Kilimanjaro Safaris. 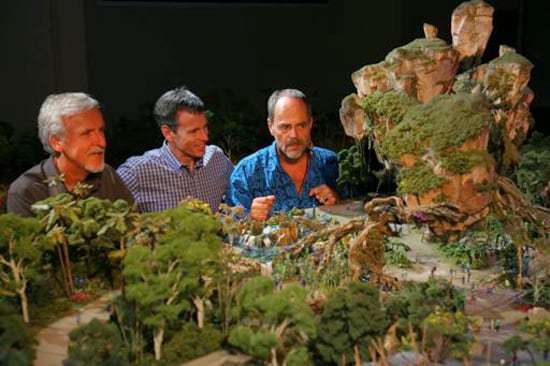 As the world of AVATAR becomes real at Disney’s Animal Kingdom, the energy and passion shared by our Imagineers and the Lightstorm team for this monumental task continues to be remarkable. I can’t wait to see the reactions of our guests as they step into a world that until now has only existed on the screen.

We look forward to sharing more details in the future here on the Disney Parks Blog.

See more updates on the AVATAR-themed expansion coming to Disney’s Animal Kingdom in the posts below: