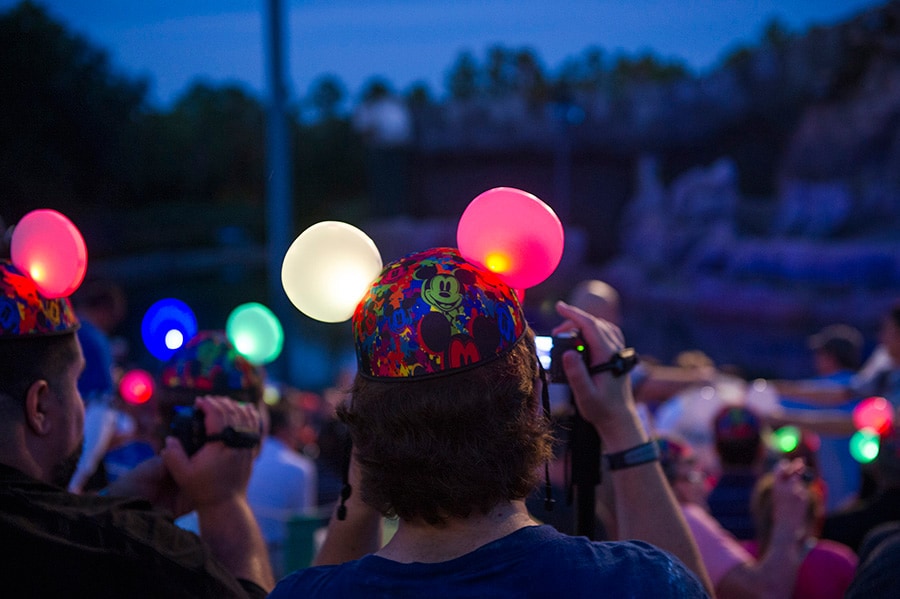 Earlier this week, “Glow With The Show” Ears debuted at Fantasmic! at Disney’s Hollywood Studios, and beginning tomorrow night (October 19), the ears will also enhance the magic of “Wishes” fireworks and the “Celebrate the Magic” projection show at Magic Kingdom Park. 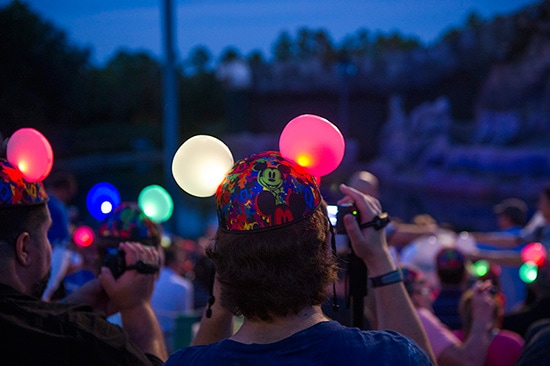 For guests interested in purchasing ear hats to wear for the show, they will be available at The Emporium, The Chapeau, and merchandise carts. Ear hats previously purchased at other Disney Parks will work during these shows.

Be sure to stay tuned to the Disney Parks Blog for more updates on how these amazing ear hats will brighten up The Osborne Family Spectacle of Dancing Lights at Disney’s Hollywood Studios and at Holiday Wishes: Celebrate the Spirit of the Season fireworks at Magic Kingdom Park later this year.

Will you be at Magic Kingdom Park for the debut of “Glow With The Show”? Tell us in the “Comments” section below!

To join on the conversation on Twitter, be sure to use the hashtag #GlowWithTheShow.

To learn more about “Glow with the Show,” check out these related posts: