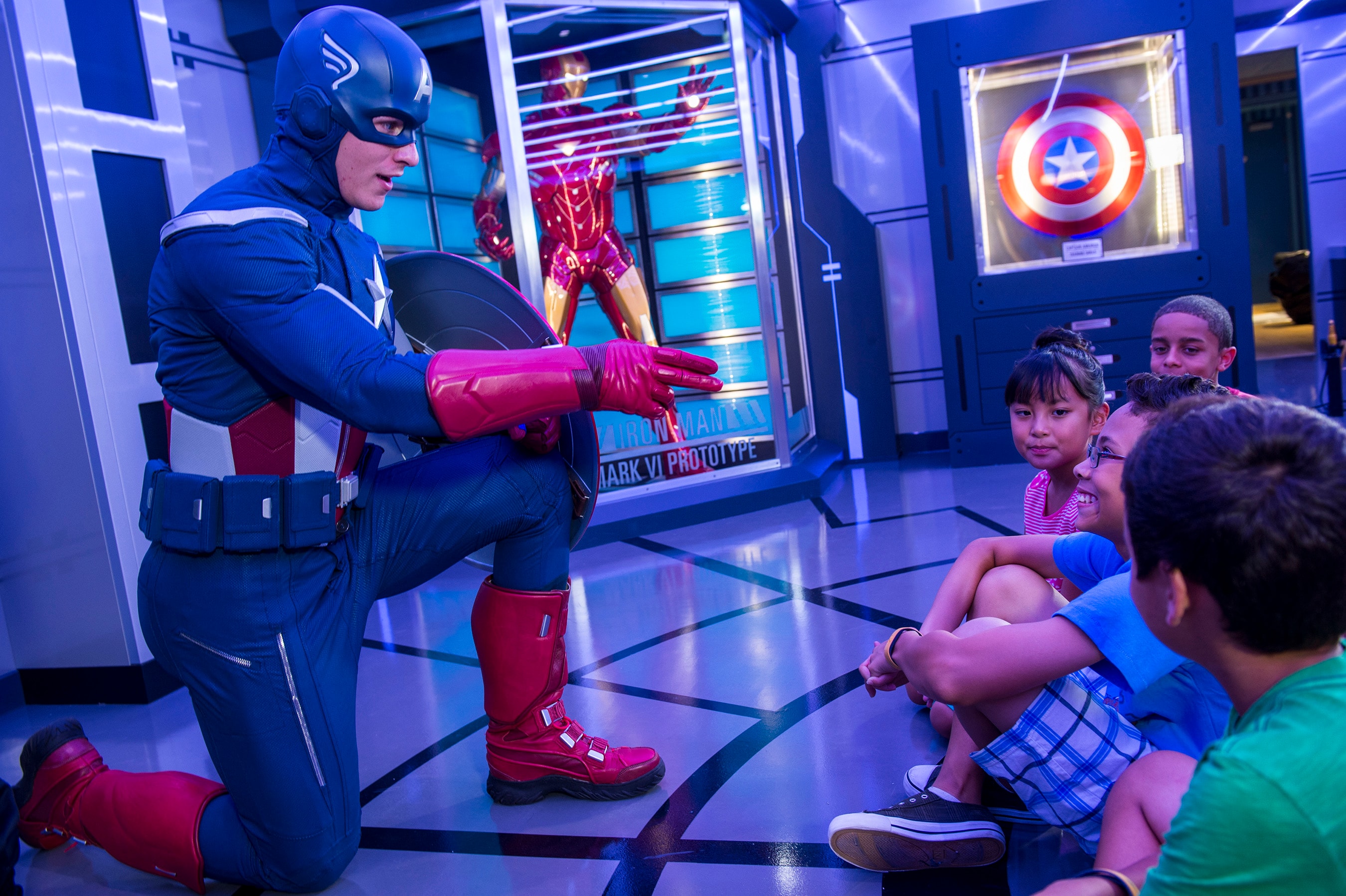 One of the coolest new spaces on the re-imagined Disney Magic is Marvel’s Avengers Academy, located inside Disney’s Oceaneer Club. (Take a look back at the photos I shared the other day of this transformed youth club if you missed it.) 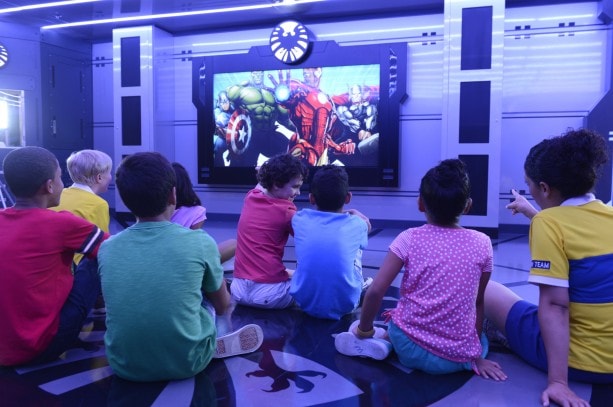 When young Disney cruisers entered Marvel’s Avengers Academy for the very first time last week, they were in for a surprise of “super hero” proportions … the chance to meet Captain America and virtually train in Iron Man’s suit! 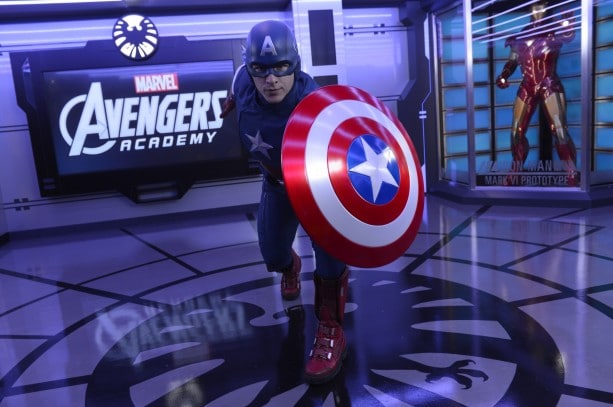 These epic adventures are part of the special missions and operations training for super hero “recruits,” a multi-day experience that begins when kids are briefed via video conference by Agents of S.H.I.E.L.D. Director Nick Fury on the need to train new recruits to keep the world safe from evil. After building their own super-suits by constructing masks, capes, chest plates and repulsor rays to reflect their super powers, the super heroes-in-training are surprised by one of their favorite Marvel icons — Captain America himself! Checking in on the training, Captain America teaches the group the “Avengers Assemble” call sign so they can truly step into the role of the Avengers. 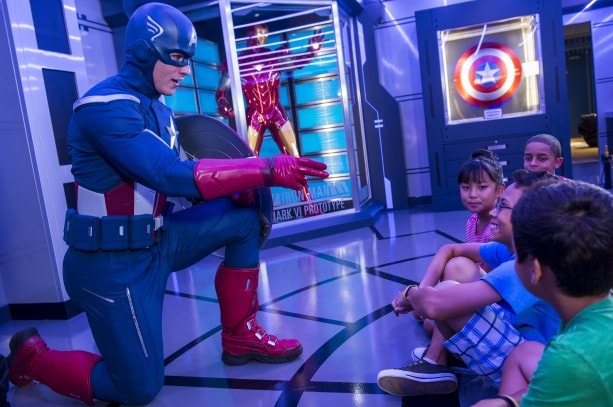 On Day Two, recruits report for more training of their super-skills, when S.H.I.E.L.D. intercepts an urgent transmission. Super-villain Red Skull has planned another diabolical plot to turn a “certain sea vessel” into a deadly weapon! When recruits realize their own Youth Activities counselors have been put under an evil spell, it becomes clear that it’s up to them to save the planet. Using their own super hero powers and creative reasoning to work together, recruits must find a solution to thwart Red Skull’s evil plans so that they can save the Avengers and prevent the Disney Magic from takeover! 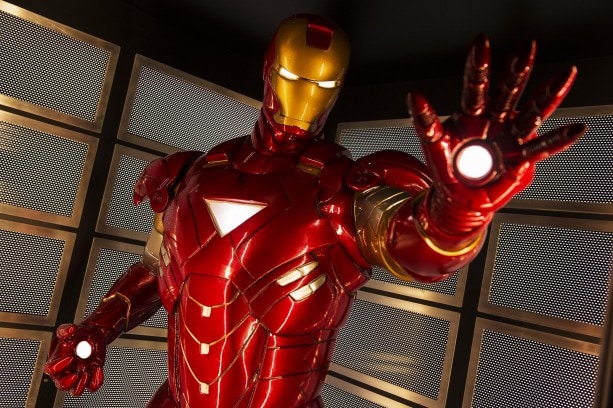 For added inspiration to help the recruits in their academy missions, Iron Man’s high-tech suit of armor, Captain America’s shield and Thor’s hammer are on display. They’ll want to closely examine the suit before they get the chance to “Become Iron Man” themselves! Trainees begin this simulated experience, which happens on a video screen display complete with flashing lights and sound effects, by virtually suiting up, piece-by-piece in the armor, and testing their agility in the suit. Next, recruits practice accuracy by blasting targets with the repulsor system. The training simulation concludes with a fast-paced flight test to get kids used to jetting around in the suit—a skill they may find handy in the future!

Does your little super hero have what it takes to be the Agents of S.H.I.E.L.D.’s newest recruit? Tell us what you think about the brand-new experiences in Marvel’s Avengers Academy in the comments section below.