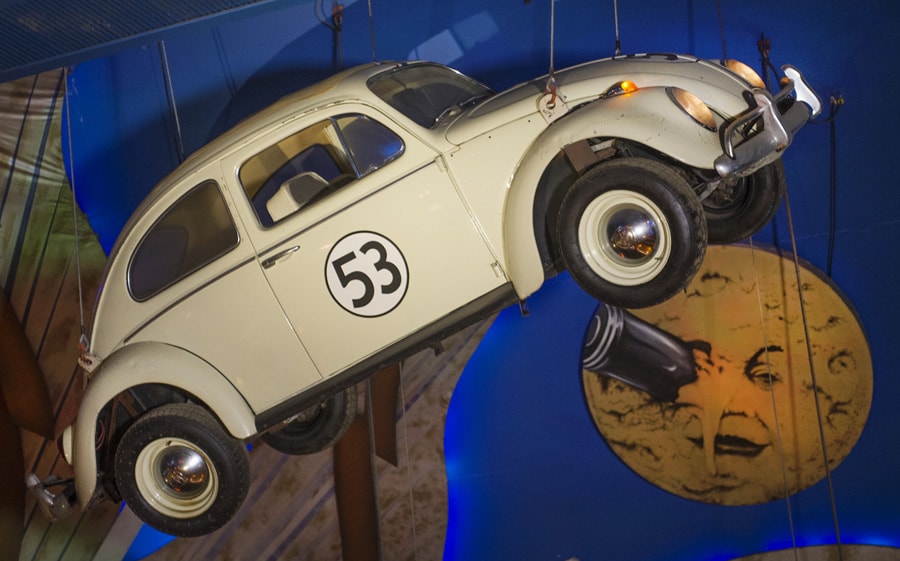 I can still remember the first time I visited a Planet Hollywood restaurant. It was shortly after the Atlanta venue opened and the line to get in wrapped around the block. I was starstruck by the celebrity handprints outside and even more mesmerized by the treasures displayed once you got through the doors. Years later, my family went to the London location and I’ll never forget the strangers at the next table asking my mom if she’d like a taste of their chicken fingers (she did) – we still laugh about it!

Now that I work at Downtown Disney, I love knowing that our guests are making similar Planet Hollywood memories with their families. It had been a while since I took a good look at the memorabilia that I recalled so fondly from my earlier visits, so I recently made time to do just that.

Along the way, I learned some things. Here, a few of the most interesting: 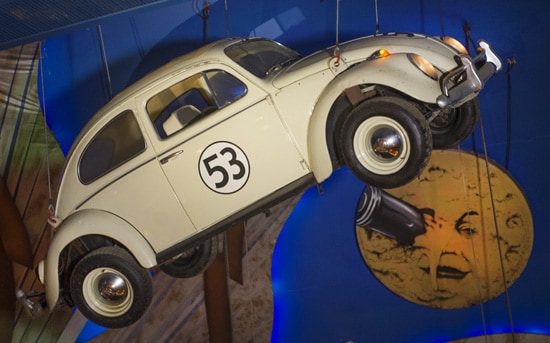 Jimmy Carroll, General Manager of Planet Hollywood Orlando, shared that the “Terminator” figure in the lobby restaurant is a fan favorite. (Impressively, Planet Hollywood has 75 “Terminator” figures in its collection!) His favorite piece of movie history hangs from the ceiling; it’s a full-sized 1963 Volkswagen Beetle, as featured in the “Herbie” films. I love that one, too!

Check out a few of the eclectic pieces in the gallery below, then let me know which is your favorite in the comments. (And who knows, maybe one of these days, we can share Planet Hollywood’s World Famous Chicken Crunch as we admire their memorable memorabilia collection!).

Read on for more posts from Downtown Disney at Walt Disney World Resort: