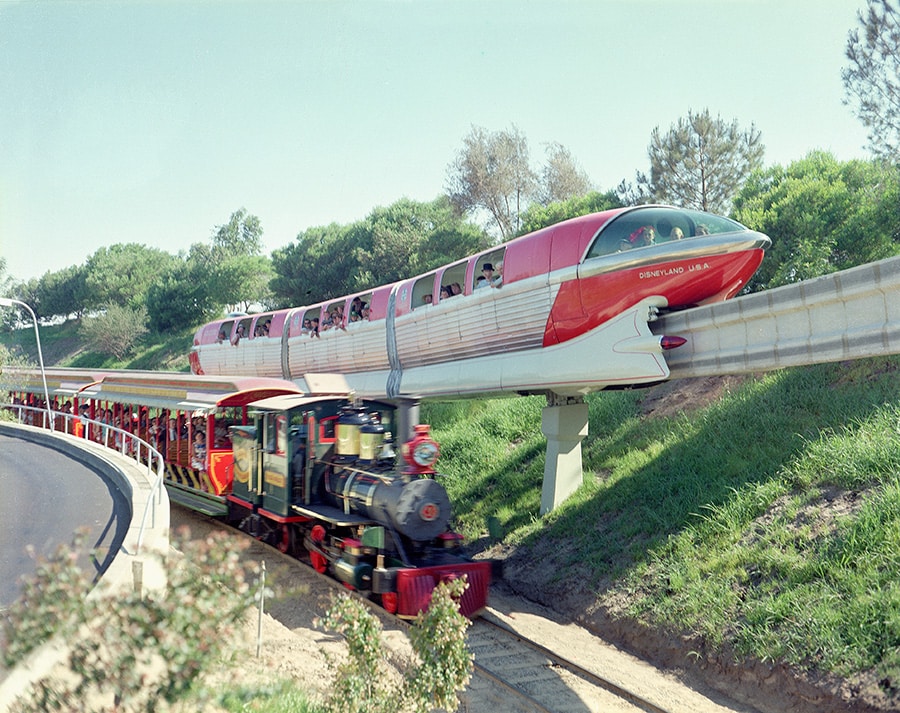 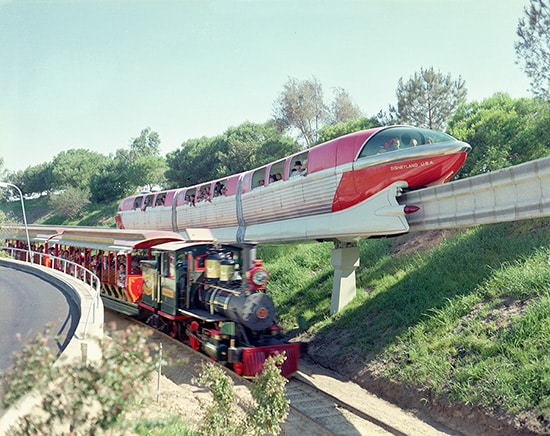 During the development of Disneyland, a monorail system was planned to be part of the opening of Tomorrowland. Unfortunately, Walt Disney and his team of Imagineers could not find a suitable version to make this dream a reality. It wasn’t until 1958 when two of his Imagineers introduced Walt to a monorail created by the Alweg Corporation in Germany did he see the potential of bringing this system to his original Magic Kingdom. Rather than the traditional suspended-track design, the Alweg Corporation had created a unique straddle-beam track. The benefit of this slender design allowed the beam to blend perfectly with the surrounding landscape in Walt’s world of “tomorrow.” Walt also loved the combination of electric propulsion and rubber wheels on the beam that produced an almost noiseless operation – preventing distraction for guests on the attraction or near it. 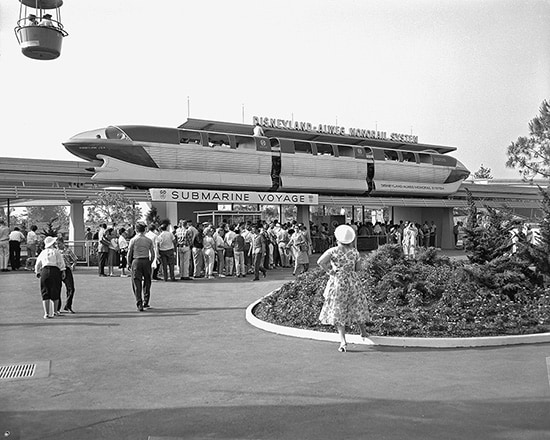 Walt Disney asked Alweg to design the original 8/10-mile beamway around Tomorrowland and enlisted a young designer, Bob Gurr, to design the train. With this collaboration, the Disneyland Alweg Monorail System opened on June 14, 1959, as the first daily operating monorail system in the Western Hemisphere. This “Highway in Sky” featured two trains, each with 3 cabins and the now-iconic bubble top in front. Walt Disney’s hope was not only to provide a scenic journey above Disneyland, but to create a solution for mass transportation needs all around the world. However, the Disneyland Alweg Monorail System was purely an entertainment attraction when it opened and didn’t function as transportation for guests until 1961 … but we’ll save that story for the next installment!

Now for a bit of trivia … Where can you find a tribute to the Mark I Monorail at the Disneyland Resort today? Leave your answer in the comments!

Destinations: The History of the Disneyland Monorail: Mark I, 1959-1961