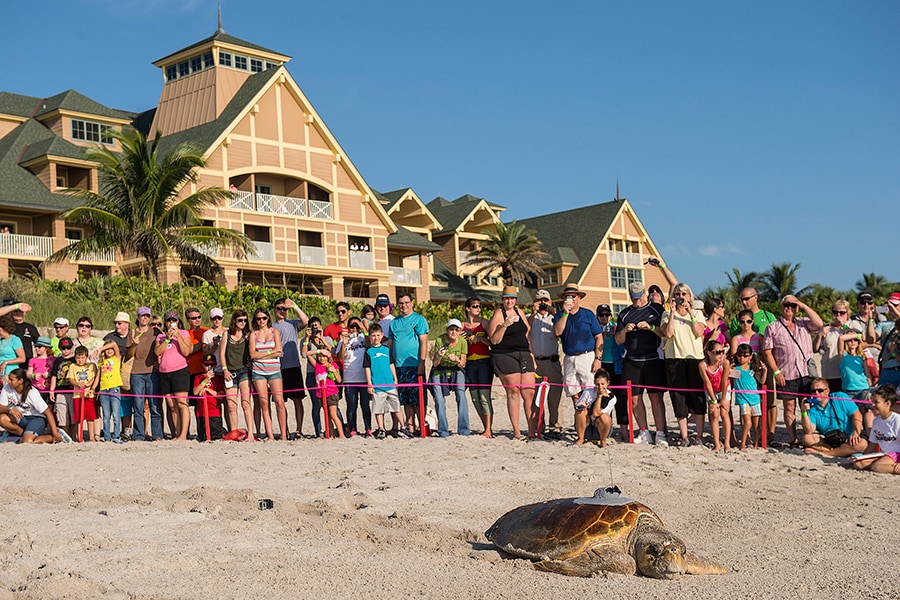 UPDATE 10/3: This just in! We inventoried Carrie’s first nest today (remember she nested twice), and it had a “monstrous” number of hatchlings—161 to be exact. This is our largest loggerhead nest this year! 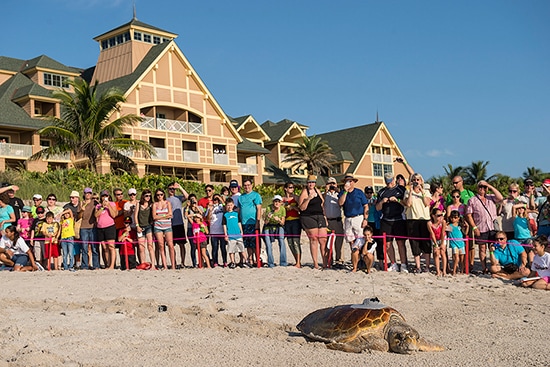 Those of you who’ve been following our Tour de Turtles posts over the summer know that, in July, two Disney-sponsored sea turtles, Claire and Carrie (named for characters in the Disney•Pixar film “Monsters University“), who had laid their eggs the night before, returned to the sea at Disney’s Vero Beach Resort. The turtles were fitted with satellite transmitters and released near the resort as part of the Sea Turtle Conservancy’s annual “Tour de Turtles“, which follows the marathon migration of 12 sea turtles from their nesting beaches to their foraging grounds.

The adoption fee is directed through the Disney Worldwide Conservation Fund (DWCF) to sea turtle conservation efforts in Florida. This past nesting season, guests adopted nearly 200 turtle nests, resulting in more than $7,000 directed to the DWCF to support conservation of Florida’s sea turtles and their habitats this year.

Want to find out more about Disney’s sea turtle conservation efforts? Check out our new video.