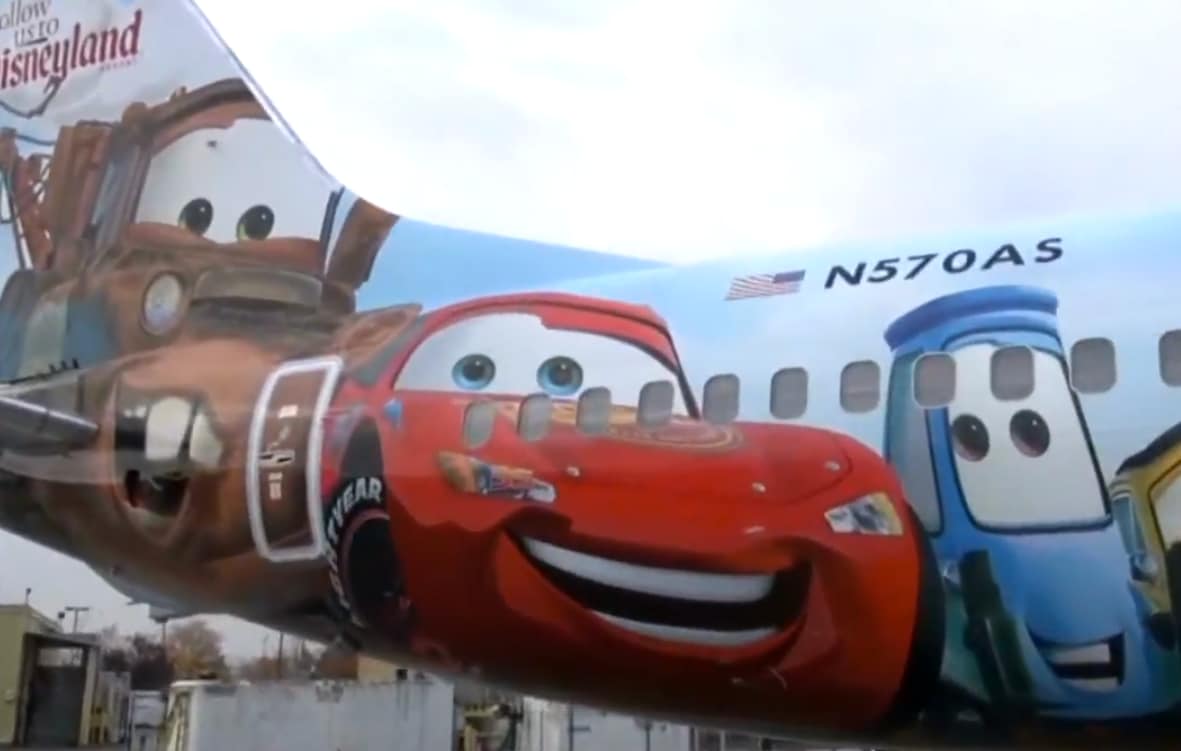 At a special airport event, Mater himself made a satellite appearance from Cars Land at Disney California Adventure park, providing travelers with updates on the arrival of the plane as it neared Seattle. After the ceremony, the aircraft officially joined the Alaska fleet on a flight to Orange County, California, and will then fly throughout the carrier’s 65-city network.

Joining other passengers on the flight were four Make-A-Wish children from Washington and Alaska, ages 3 to 7, and their families, who will spend the next several days at the Disneyland Resort.

Disney Parks Blog’s own Donna Fisk was there for the plane’s debut, and brought us this video recap. Take a look: