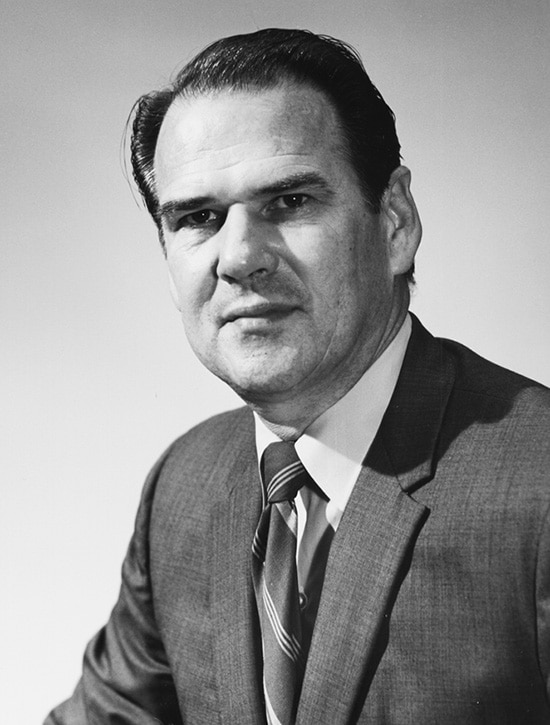 Bob Foster and the Founding of a Disney Kingdom

“Well, that’s the place – Florida,” Walt Disney reportedly decided on a flight from New Orleans to Burbank, Calif. on November 22, 1963 – 50 years ago today. Walt and a group of company executives had just toured east coast sites in an effort to find the best location for a “Disneyland East.” But those words confirmed Walt’s choice for his “whole new Disney World.” 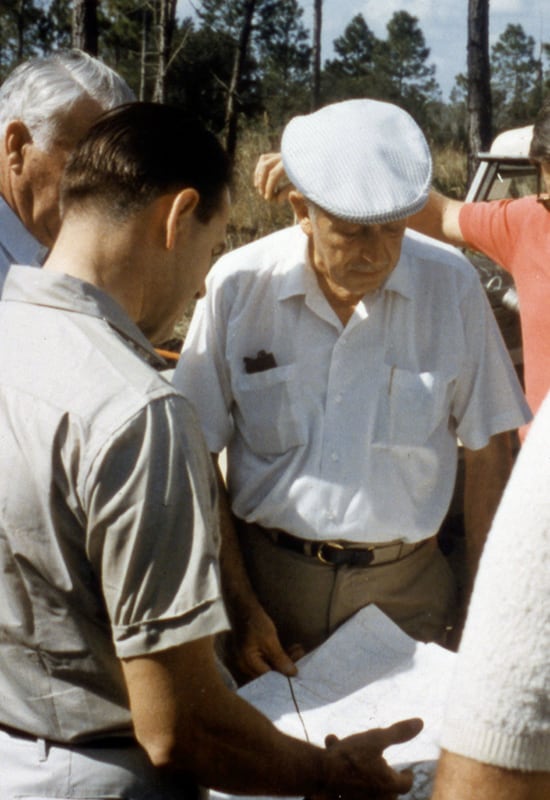 Those words would also change the fate of Disney legal counsel Bob Foster, “Disney’s Official Clod Kicker” who was charged in April 1964 with scouting for land that would eventually become home to the Walt Disney World Resort. I recently visited with Bob at his home office, taking moments to admire the surrounding framed sketches of the hotels in Lake Buena Vista (a city that he named). 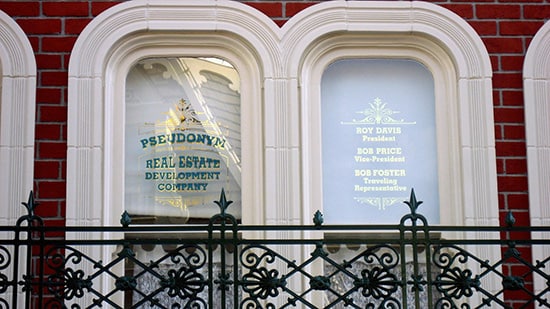 “I was asked to go into the hinterlands and, in a quiet manner, surreptitiously buy a piece of real estate – somewhere between 5,000 and 10,000 acres,” Bob remembered of the initial assignment. He would spend more than 18 months spearheading the acquisition of what ultimately amounted to 27,443 acres of land – a property twice the size of the island of Manhattan!

Adopting the pseudonym “Bob Price,” he took extra measures to prevent inquisitive residents from realizing that Disney was the “mystery industry” purchasing the large tracts of Central Florida land. “On my trips back to California, I would visit my mother in Kansas, which required a stop in St. Louis,” Bob told me with a grin. “At least on a couple of occasions, I did not conceal that I was flying to that city. So it was not surprising when McDonnell Aircraft, headquartered in St. Louis, was soon identified, ‘on reliable authority,’ as being the mystery industry!” 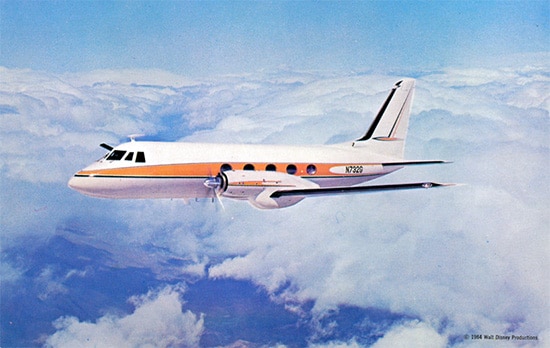 At 8 a.m. on October 24, 1965, Bob and a colleague stepped into the lobby of an Orlando hotel to meet General Joe Potter. Joe turned to face the pair, holding before him that day’s issue of The Orlando Sentinel, which featured the banner headline, “We Say: ‘Mystery’ Industry is Disney.”

“Breakfast was a solemn affair,” Bob remembered. “I called [then-Vice President] Card Walker so that he could inform Walt and Roy and prepare for Monday’s onslaught of phone calls. Before hanging up, I couldn’t resist reminding Card that I had been going to Florida for over a year and kept it quiet … then Card sent his people with me, and overnight, the news gets out!” 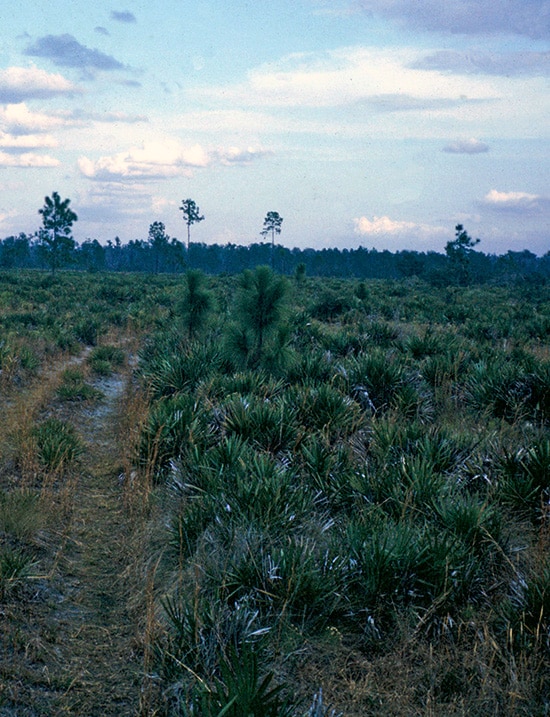 In the end, the property that would become Walt Disney World Resort was purchased at an average price of $180 dollars an acre – an incredible feat considering that shortly after the announcement was made, a nearby acre sold for more than $300,000! While much work was still ahead for Bob and his colleagues – namely, the mammoth effort to establish the Reedy Creek Improvement District – there was relief that the Disney property was secured.

Now, what if 50 years ago, Walt had instead chosen Washington, D.C., for his east coast enterprise? What a different world this would be!