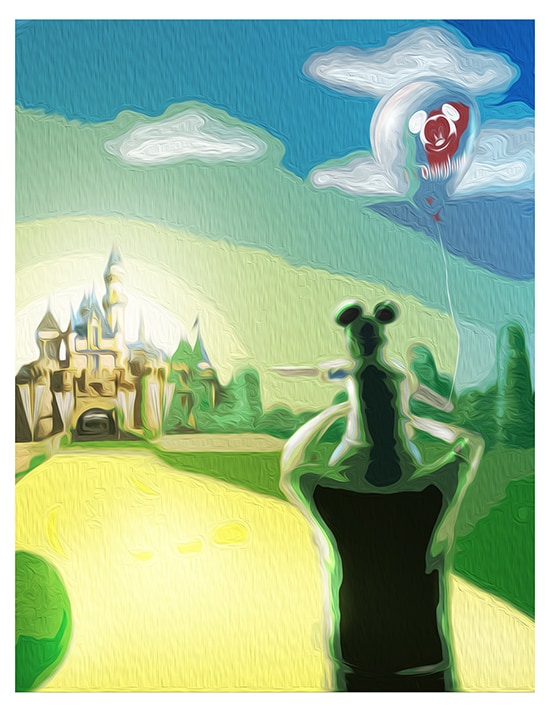 Celebrating ‘Artists Among Us’ at the Disneyland Resort

Nearly 75 submissions were received, ranging from acrylic paintings and cartoon sketches to shadow boxes and hand-woven baskets. Here is how some of the “artists among us” expressed their visions of the Disneyland Resort! John Agnew, Attractions
John’s acrylic painting was selected for the cover of the Disneyland Resort Line. John explains that the couple riding King Arthur Carrousel is modeled after him and his wife. As they catch their reflection in the mirror, they are seen in their younger years. John says, “What I love about the park is that it is timeless … in your heart, you never change age.”

Reuben Jackson, Food & Beverage
Reuben used a stylus and tablet to create this submission inspired by his father, who recently passed away. Reuben says, “May 29, 2013 was the last day I saw my father, and we spent the day here at Disneyland. My illustration depicts family, love and that priceless memory you get with loved ones when visiting ‘The Happiest Place on Earth.’” 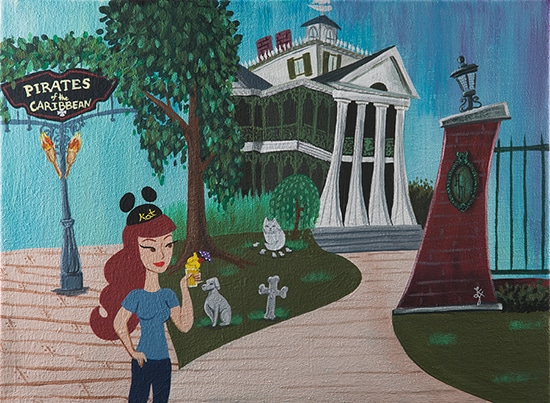 Kat Valencia, Food & Beverage
Kat draws inspiration from Disney artists Marc Davis and Mary Blair, as well as her two favorite attractions, Pirates of the Caribbean and Haunted Mansion. Kat aspires to one day develop storyboards for Walt Disney Studios. She says, “I remember growing up watching Disney [animated] films and thinking ‘That’s so cool, I want to do that!’”

Michael Laverty, Merchandise Planning
A self-taught artist, Mike has been perfecting his woodworking skills for 15 years, creating such items as desktop clocks shaped like watches – featuring Disney characters. He says he uses his art to relax, while also spreading joy to others. “I just hope they walk away with a smile,” he said. 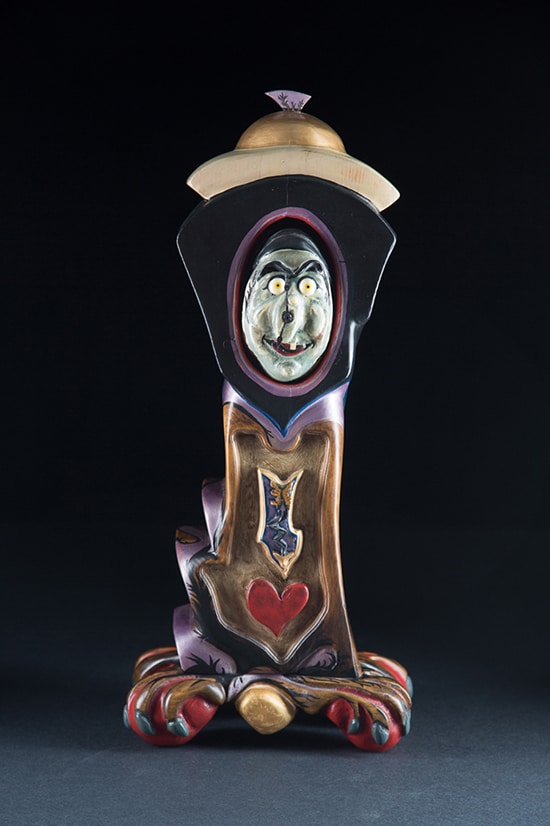 Bob Rhodes, Food & Beverage
Bob created this clock inspired by the evil queen’s magic mirror on the wall. He said, “Our family loves ‘Snow White and the Seven Dwarfs,’ the Arribas Bros. glass shop, and the old clock shop that used to be on Main Street, U.S.A. Coming to Disneyland with my family gave me the inspiration to be an artist.”

Likes (8)
Share Celebrating ‘Artists Among Us’ at the Disneyland Resort