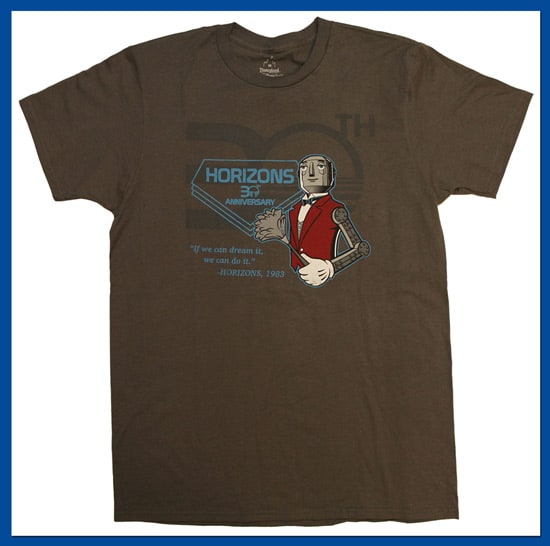 Choose Your Own Horizons 30th Anniversary Shirt on the Disney Parks Online Store from November 21-25, 2013

This year marks the 30th Anniversary of the opening of my all-time favorite attraction at Disney Parks, Horizons. This attraction operated at Epcot from October 1, 1983 to January 9, 1999. For those who never had the opportunity to experience it, Horizons was an amazing vision of 21st Century living – “on land, sea and even out in space.” If you have read some of my previous stories on the Disney Parks Blog, you will know that I was obsessed with this attraction. I even rode it 40 times during the last day of operation in 1999! That’s why I’m thrilled to share that the Disney Parks online store will offer an exclusive anniversary T-shirt from November 21-25, 2013. 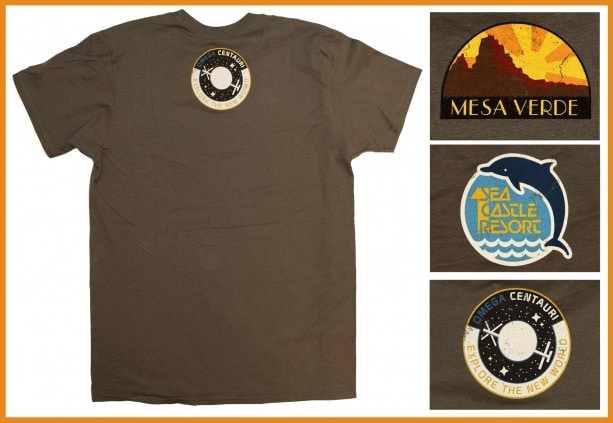 Disney Design Group artist Casey Jones created the artwork for this shirt. The front shows the iconic robot butler along with the attraction’s signature marquee. Casey also included one of my favorite quotes from a Disney Parks attraction – “If we can dream it, we can do it.” This quote was found just inside the attraction’s entrance and was used in the ride script (contrary to popular belief, Walt Disney did not say this quote).

He partnered with Steven Vagnini from the Walt Disney Archives in Burbank, California to obtain reference images to make sure they were authentic to the attraction. The front of the shirt will remain the same, but guests can choose the logo they want printed on the back (I’m getting all three, of course!). 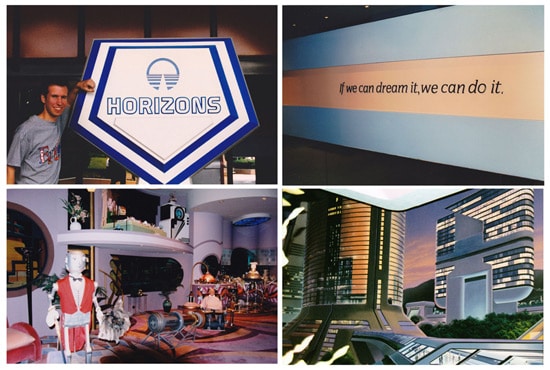 While writing this article, I found a few photos I took in 1998-1999 of Horizons. I thought you would enjoy this trip down memory lane.

To order this shirt starting November 21, please visit http://www.Disneystore.com/ParkEvents. All items will ship in 6-8 weeks (unfortunately, express shipping is not available).