Children in Cocoa, Fla., have a great new place to play, thanks to the efforts of nearly 250 volunteers from Disney Cruise Line, KABOOM! and Boys & Girls Clubs of Central Florida, who over the weekend joined forces to build a fully assembled playground in just six hours. The playground is open to the public and located on the site of a brand new Boys & Girls Clubs facility scheduled to open next month to serve the needs of children in the area. 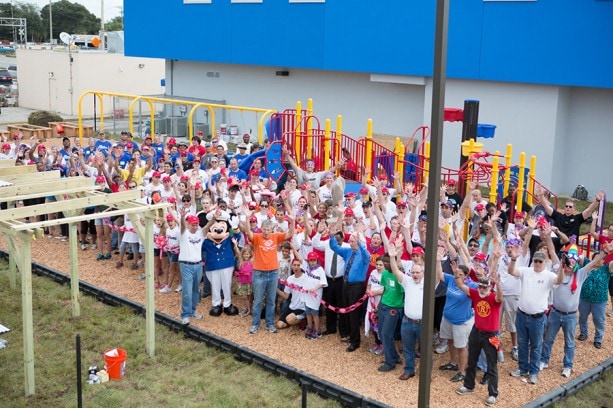 All day Saturday, Disney VoluntEARS, which included crew members from the Disney Fantasy cruise ship in port for the day and shoreside cast members, took part in everything from bolting together and hoisting brightly colored play pieces to mixing cement and hauling mulch. 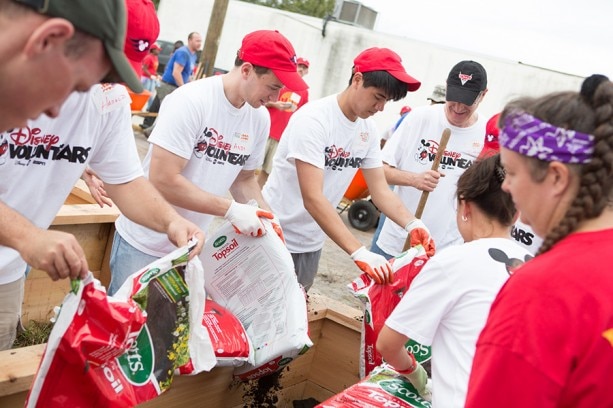 Planning for the playground began at a Design Day event held in August. Local children and community leaders met with organizers from Boys & Girls Clubs of Central Florida, Disney and KaBOOM! to design their dream playground. The children’s drawings were then used to create the final playground design. This is the second playground Disney Cruise Line has helped build near its homeport in Port Canaveral and one of the many ways we give back in our port communities around the world throughout the year.