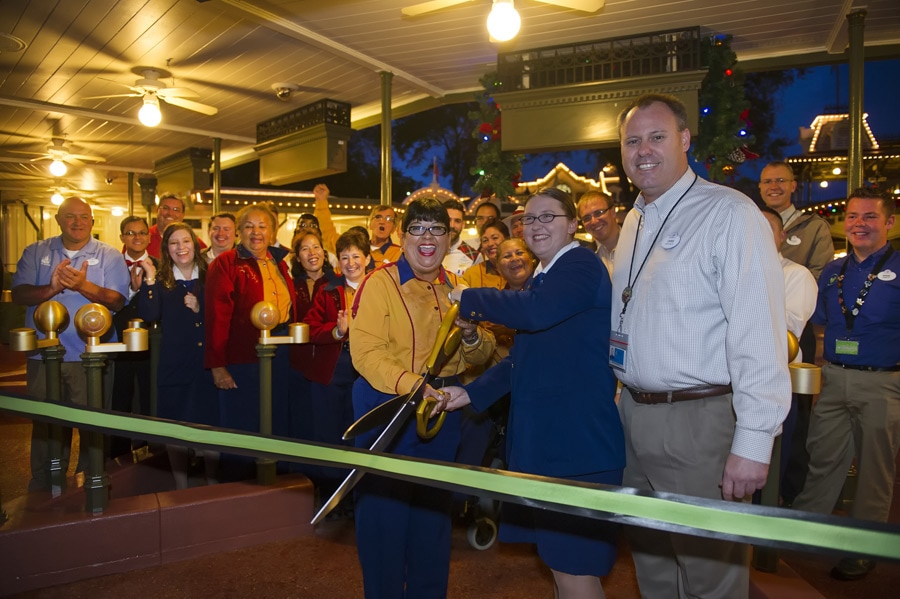 Earlier today, Magic Kingdom Park reached a milestone in Disney history when the park’s final touch point entry system was unveiled at the park – a moment that signified that all Walt Disney World Resort park entrances are now turnstile free. 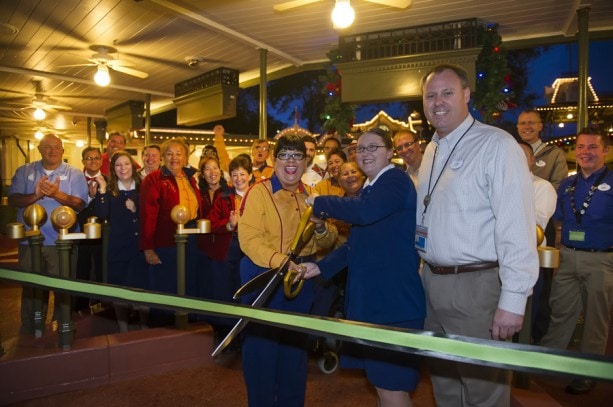 The first park to trade turnstiles for touch point entries was Disney’s Typhoon Lagoon Water Park, which became the first turnstile-free park in late February. Similar replacements have taken place at parks across Walt Disney World property throughout the year, making it easier than ever for guests – especially large groups, or families with strollers or wheelchairs – to enter the park together. To enter a park, guests now simply touch their ticket media, Annual Pass or MagicBand (in testing) to the touch point on their way into the park. Cast members are still stationed at entrances to greet guests and assist when needed.

One of those cast members is Awilda Martinez, who has worked at the main entrance of Magic Kingdom Park for more than 30 years, and has personally seen the difference the new touch point entry system has made for guests visiting the park.

“The guests love the new entrances. It’s all been positive. Even children get a smile on their face when they see the green light. They’ve never seen anything like this before in their lives!”