“Sheriff Callie’s Wild West” is a new Disney Junior series starring Mandy Moore as the voice of a heroic kitty cat sheriff. So when Mandy visited Disneyland park last week, Frontierland seemed like the perfect place to catch up with her, since in the show, she’s the sheriff of an Old West-themed town called Nice and Friendly Corners. 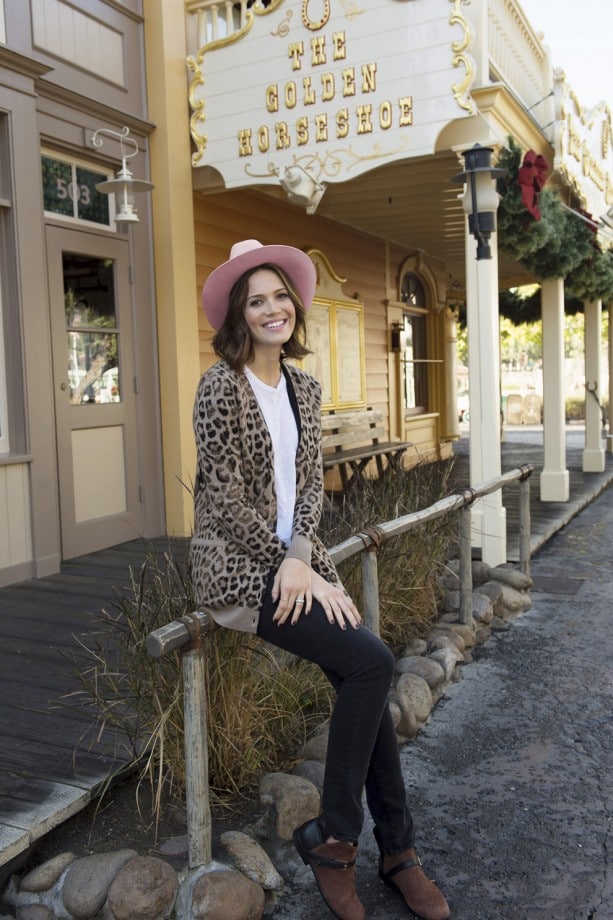 This show is the first western for preschoolers and premieres this Sunday, November 24, on WATCHDisneyJunior.com and the WATCH Disney Junior app for smartphones and tablets, and it debuts on Disney Channel and Disney Junior in early 2014. “Sheriff Callie’s Wild West” was developed by the same team that created “Higglytown Heroes” – a favorite in my house for many years.