This week, we’re looking back at a parade that’s still a guest favorite to this day (and, incidentally, it was the first parade I ever saw at Walt Disney World Resort) – “Main Street Electrical Parade.” 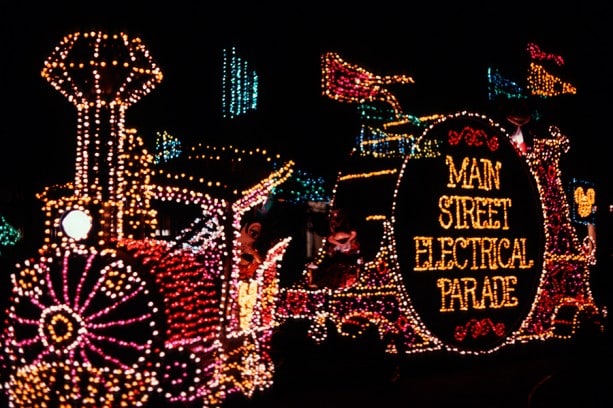 “Main Street Electrical Parade” debuted at Magic Kingdom Park on June 11, 1977, and was performed nightly through 1991. The parade stepped off to light up the night with a total of 23 floats (featuring more than 600,000 lights) and the talents of 80 parade performers. Up until this parade’s debut, the park had showcased mainly daytime processions, so the use of light to bring Disney stories to life after dark in a dedicated parade was innovative. So was the parade’s unique soundtrack, which featured a unique composition of “Baroque Hoedown” and many Disney titles. 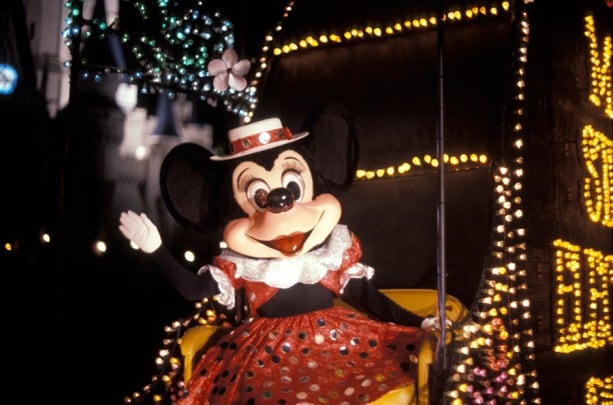 “Main Street Electrical Parade” ran through September 14, 1991, when it was replaced by a new nighttime parade, SpectroMagic. It returned in 1999, just in time for the start of the Millennium Celebration and closed again in 2001. The parade returned to Magic Kingdom Park for a third time in 2010.

Is “Main Street Electrical Parade” one of your favorites? Tell us in the “Comments” section below.