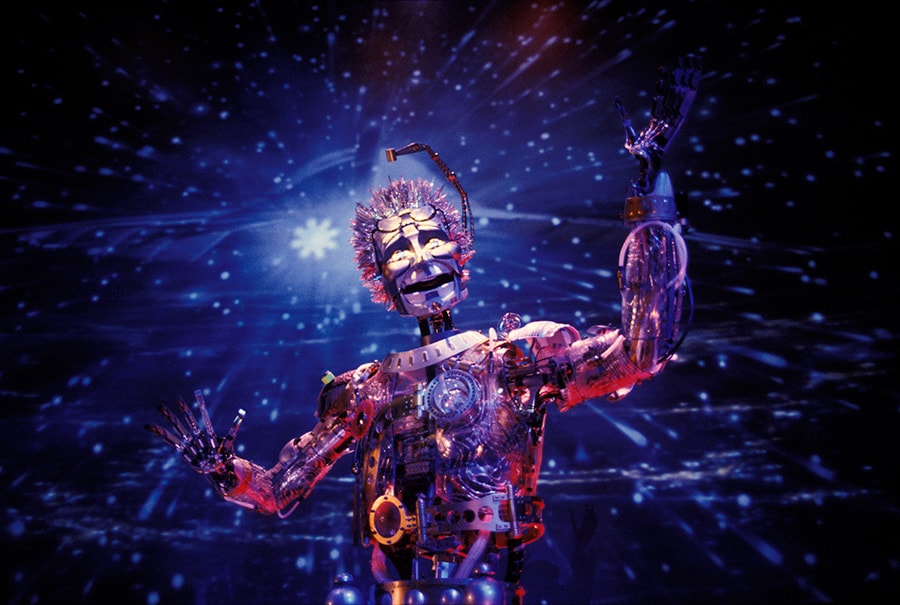 Today, back in 1994, the Timekeeper opened at the Metropolis Science Center in Tomorrowland at Magic Kingdom Park Hosted by a wacky robotics tour director named Timekeeper, this Circle-Vision 360 movie took guests in their “time-machine” theater through dramatic moments in the past and also into the future. The show was based on the French version, “Le Visionarium,” which played at Disneyland Paris beginning in 1992. 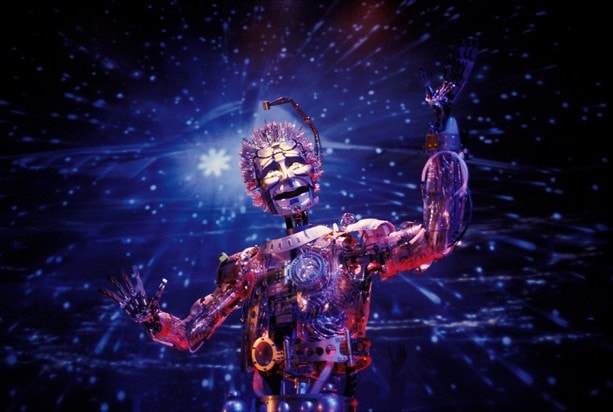 Although the Timekeeper is no longer making guests laugh, Mike Wazowski and friends have picked up where he left off at the Monsters Inc. Laugh Floor in Tomorrowland.