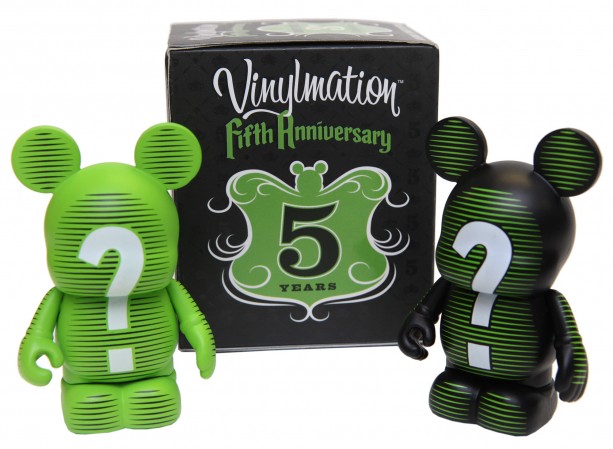 I find it difficult to believe that Vinylmation is celebrating five years. I’ve been writing about these collectible figures since October 2009 (it was my second article for the then brand new Disney Parks Blog! On November 7, 2008, Vinylmation was introduced at the Festival of the Masters event in Walt Disney World Resort. You can read about the humbling beginnings of Vinylmation in this article. Today, Vinylmation is found at numerous places around the world including Disney Parks, Disney Stores, online and even on Facebook. To commemorate this year’s milestone anniversary, we are holding two special release parties at Walt Disney World and Disneyland Resorts. Here is a look at the figures created for these events.

Disney Design Group Artist Thomas Scott designed the fifth anniversary figure shown above. The item has an edition size of 1,000, and will be sold in a mystery box that the Vinylmation team is calling, “Eachez.” The black figure is the more common figure in the box (900 of those), while the green figure is more rare (only 100 made). You may recall this concept from the 2013 Epcot International Food & Wine Festival. Thomas said the figure was inspired by both the question mark figure and the black and green colors that have been associated with Vinylmation for years. 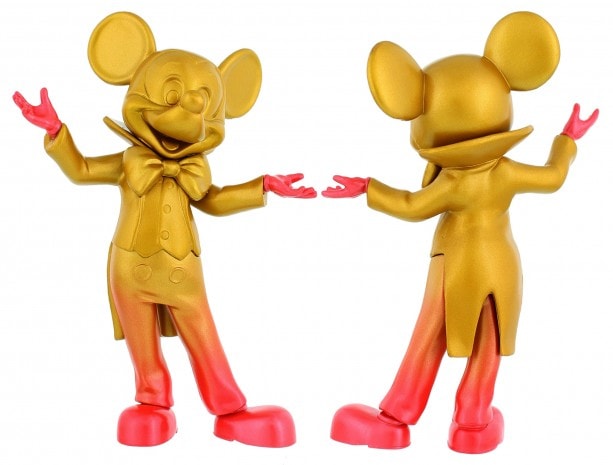 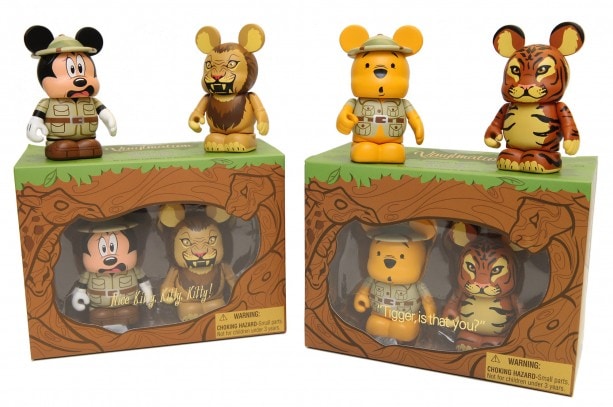 Artist Maria Clapsis designed two limited edition sets inspired by long-time popular artwork found on shirts and other items at Disney Parks. Each set has an edition size of 2,000. 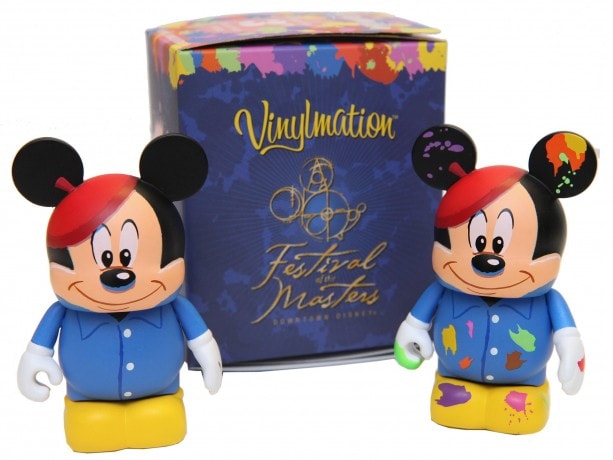 Finally, Ron Cohee designed this year’s Festival of the Masters limited edition figure. Presented as the “Eachez” concept described above, the figure has an edition size of 1,200. Mickey Mouse covered in paint is the more common figure this time.

Fans can meet Thomas, Maria and Ron on Friday, November 8 at D Street in Downtown Disney West Side from 10 a.m. to 12:00 p.m. All of their figures, plus one more mysterious set from Thomas, will be released on that day at D Street in Florida.

For guests in California, the fifth anniversary “Eachez” figure and a mysterious set that my fellow author Michelle Harker previously mentioned will be released on Saturday, November 9. Thomas will also be at D Street in Downtown Disney District from 1:00 p.m. to 3:00 p.m. that day.