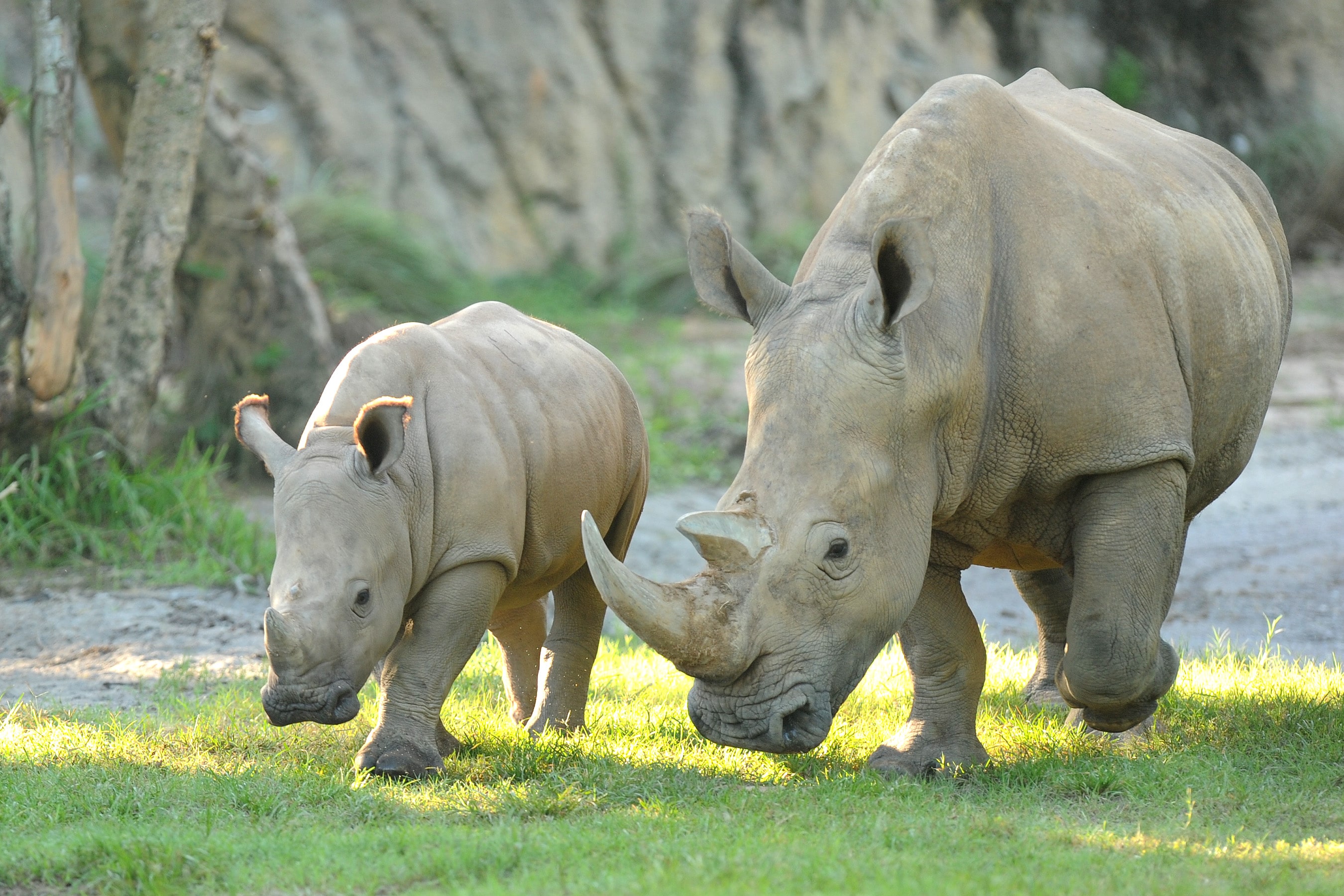 What does your hair have in common with a rhino horn?

To answer the question above: If your hair can be unruly like mine, hopefully it’s not your look on a bad hair day! What do they have in common? Human hair and a rhino’s horn are both made of keratin, a protein that is a basic component of our fingernails, too.

Guests who visit Disney’s Animal Kingdom on Rhino Day (November 12) will discover lots of fun facts about the magnificent rhinoceros. Here are a couple more: A group of rhinos is called a “crash,” and there are five kinds of rhino: white, black, Indian, Sumatran and Javan. Every day, guests can see white and black rhinos on the Kilimanjaro Safaris, including the rhino calf that was born last year. And on the Wild Africa Trek, guests can relax on the boma landing and watch the white rhinos and many other animals on the savannas. On Rhino Day, guests can participate in special activities at Rafiki’s Planet Watch, including learning what rhinos eat, how we care for the rhinos at Disney’s Animal Kingdom, and the creative ways that the animal care team is supporting rhino conservation. 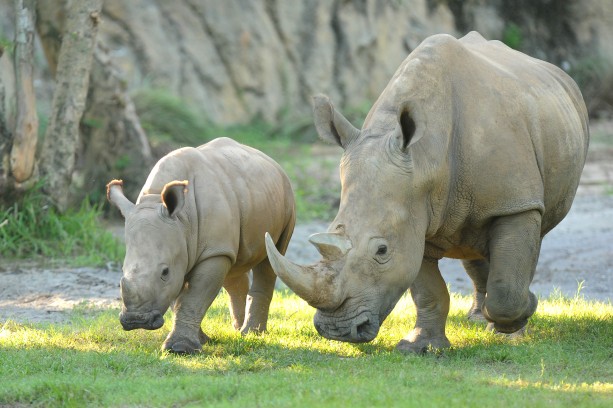 Read more stories about these celebrations at Disney’s Animal Kingdom