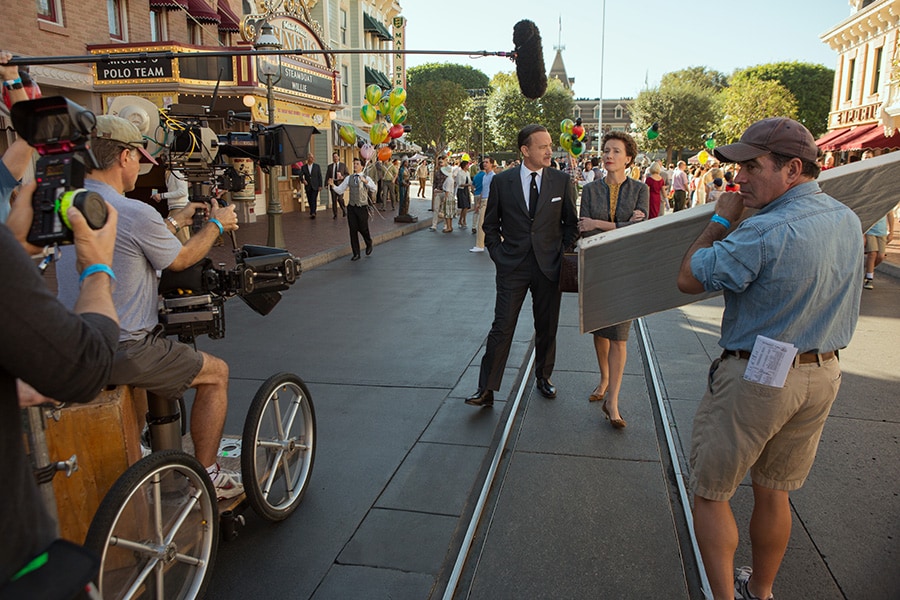 Adventures by Disney Invites You to “Step in Time” to the ‘Saving Mr. Banks’ Set

Disney’s highly anticipated “Saving Mr. Banks” hits theaters across the nation tomorrow, and the excitement only gets bigger with the “practically perfect” Southern California: Disney Backstage itinerary from Adventures by Disney. This trip allows you to walk through and experience some of the locations where the movie was filmed. Inspired by true events, “Saving Mr. Banks” is the extraordinary, untold story of how Disney’s classic “Mary Poppins” made it to the screen – and the testy relationship Walt Disney had with author P.L. Travers that almost derailed it. Filmed almost entirely in the Los Angeles area, the film features some of its most iconic locations: the Disneyland Resort, the Walt Disney Studios, and Hollywood Blvd., all of which are stops on this rare, behind-the-magic Adventures by Disney trip.

As an adventurer on this trip, you will receive priority treatment when visiting some of these locations. Let your inner star out as you participate in a privately guided tour of Hollywood Blvd., transporting you to a world of glitz and glamour. You can follow the footsteps of your favorite celebrities as you walk through top iconic sites of Tinseltown like the TCL Chinese Theatre (featured in the film) and the Hollywood Walk of Fame. Another one of the trip’s highlights is a privately guided visit to the Walt Disney Studios, a notable location of the movie. Fun fact: Although set in London, the original “Mary Poppins” (1964) movie was filmed here in its entirety.

Lastly, you will experience the happiest place on Earth in the most supercalifragilisticexpialidocious way: with a 2-day VIP experience at Disneyland park and Disney California Adventure park. Your park visit is complemented with Disney’s FASTPASS service and even a visit to Walt Disney’s Disneyland apartment.

For more information on this behind-the-scenes trip to Hollywood and the Disneyland Resort, click here. To learn more about the film “Saving Mr. Banks,” visit Disney.com/SavingMrBanks.

Likes (0)
Share Adventures by Disney Invites You to “Step in Time” to the ‘Saving Mr. Banks’ Set