Enter the Show Your Ears Sweepstakes on Disney.com Now Through December 20, 2013 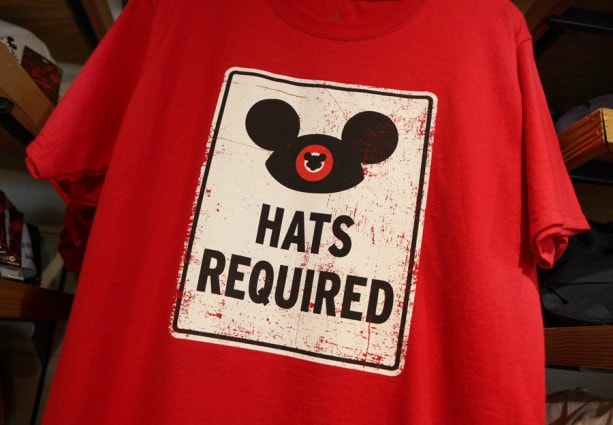 This year, I’ve shared several stories about new Disney ear hats as part of our “Year of the Ear” celebration. These iconic hats are a great way to show off your Disney Side while visiting Disney Parks. Our partners at Disney.com recently launched a sweepstakes that invites guests to show their ear hats. Now through December 20, 2013, you can enter the Show Your Ears Sweepstakes by uploading a photo of yourself in a Disney ear hat to Disney.com/ShowYourEars.

One Grand Prize winner of the Show Your Ears Sweepstakes will receive a 5-day / 4-night stay at either the Disneyland Resort or the Walt Disney World Resort! Five First Prize winners will receive a $100 Disney Store shop card. If you don’t have an ear hat, no worries! You can print out and make your own, or read the Official Rules for alternate methods of entry. Of course, if you need some inspiration, I found a few recently release hats at Disney Parks that you may enjoy.

You may recall an article from summer 2012 where I gave you a look at then new resin ear hat holiday ornaments. The headwear team used artwork from those ornaments to create much larger, wearable versions. The images above give a side by side comparison of the original holiday ornaments and their ear hat counterparts (I feel like I’m on the stage of “Honey I Shrunk the Audience.”) 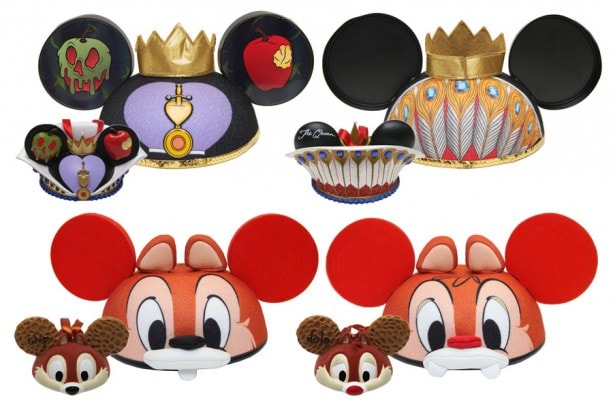 I think my favorite hats include the Queen from Walt Disney’s “Snow White and Seven Dwarfs” and the Chip ‘n’ Dale hat. The latter is actually just one hat that has Chip on one side and Dale on the other.

These hats were recently released in select locations at Disneyland and Walt Disney World Resorts. You may also find select hats on the Disney Parks online store.

NO PURCHASE NECESSARY. Void where prohibited. Open to persons of all ages, who are, as of entry, legal residents of, and physically located within, the 50 United States, D.C. or Canada (excluding Quebec). Entries must be received between 12:00 PM (PST) on 11/21/13 and 11:59:59 PM (PST) on 12/20/13. Click here for Official Rules and details on alternate method of entry. Many Will Enter. Few Will Win.

Likes (0)
Share Enter the Show Your Ears Sweepstakes on Disney.com Now Through December 20, 2013