Because of my job, I’ve been fortunate enough to experience “La Nouba” by Cirque du Soleil a handful of times. I’m not sure how, but every time I see it, it feels new and fresh. Though I can hardly believe it, “La Nouba” is about to celebrate 15 years at Downtown Disney.

I recently talked with one of my favorite “La Nouba” acts, Sergey and Balto, the clowns who open the show. They’ve been with “La Nouba” since the beginning, when they were paired up by Gilles Ste-Croix, co-creator of Cirque du Soleil. Even more amazing, Sergey, one clown in the duo, is deaf, while Balto, his other half, is French-Canadian. In spite of the communication barriers, the pair ultimately came up with 120 acts during three months of show prep; Franco Dragone, Cirque’s longtime Creative Director, picked five of them to feature in “La Nouba.” If you’ve seen the show, you’ve seen those acts – they’ve withstood the test of time and still get consistent laughs from the audience. 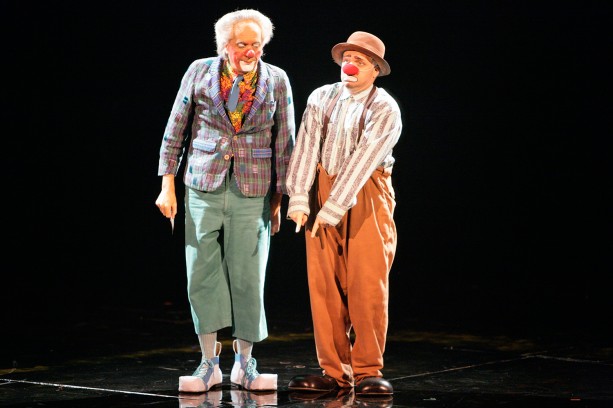 There are only about 10 performers left from the show’s opening cast. After a decade and a half, the clowns still love it. Balto shared that for him, “It’s a pride. It’s still a pleasure. After 15 years, we still get a standing ovation every show.” Sergey shares the sentiment, “It’s gone by fast. It’s a lot of work, but I still love the performance. This is my dream. For me, there won’t be a retirement … I was born a clown and I’ll die that way.”

Both performers exuded a sincere love for their craft. With 60 years of experience between them, it’s clear that neither can imagine doing anything else. It’s also obvious that they care deeply about one another – their genuine friendship is apparent; it’s real and heartfelt, just like their onstage performances. (If you’ve had the pleasure of seeing “La Nouba,” you no doubt understand). 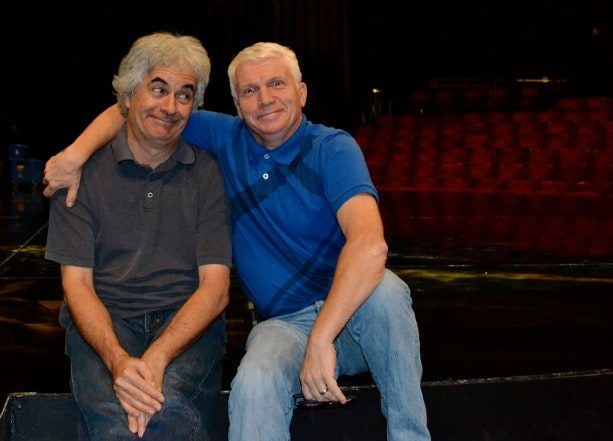 The official 15th anniversary date for “La Nouba” is December 23, but we’ll celebrate the milestone with a special pre-show moment during the 6 p.m. performance on Wednesday, December 18, 2013. Tickets are still available here, by calling 407-WDW-SEAT or at the Cirque de Soleil Box Office at Downtown Disney West Side.

Have you seen “La Nouba”? If so, I’d love to know which act is your favorite, so please share in the comments below.