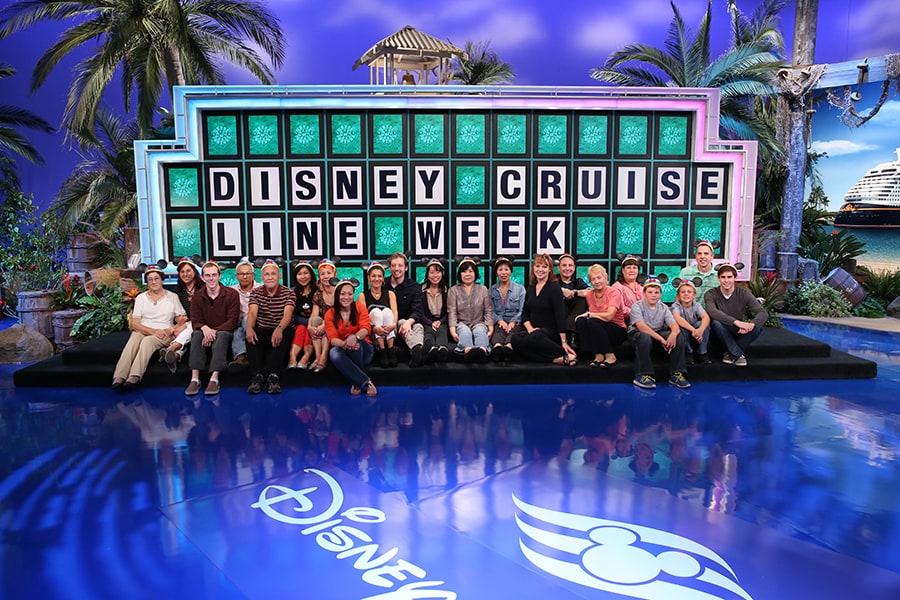 Starting tonight, it’s “Disney Cruise Line Week on Wheel of Fortune” and we hope you’ll tune in, because there’s a lot of hijinks on the High Seas ahead!

To whet your appetite for what’s to come, we wanted to give you a behind-the-scenes peek at the preparation and the filming of this fantastic week of shows!

I always tell you that I have the best job at Disney and this latest adventure was no exception! I had the extremely difficult and arduous task of having to sail not once, but TWICE aboard the beautiful Disney Dream. (Okay – I lied. Sailing twice in a month? Awesome!)

First, we sailed with some of “Wheel’s” brilliant filmmakers to film scenes of both the spectacular ship and our breathtaking private island paradise, Castaway Cay. Look closely at the backgrounds – you’ll see behind the contestants all week on the show, and you’ll see their stunning work. Here’s a picture of their crew filming on the island. 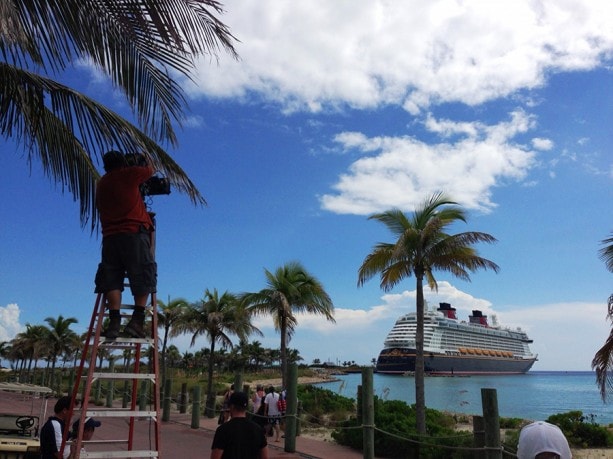 I mentioned hijinks – well, when you hear that word, you probably think there were some, ahem, goofy things going on, and you’d be right. We filmed some very fun vignettes on our second sailing. (Here’s a shot of me giving some “direction” to the Boss – talk about intimidating!) 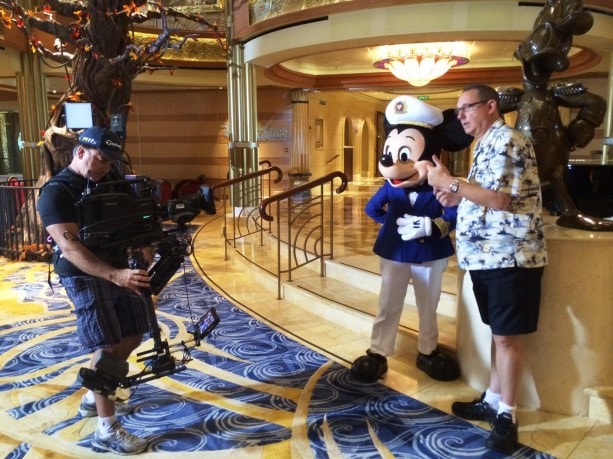 Then, of course, it was time to head out to Hollywood to film at “Wheel of Fortune’s” studio. You’ll see how we worked with their fantastic art director – a former Imagineer, by the way – to recreate Castaway Cay right on their Sound Stage! 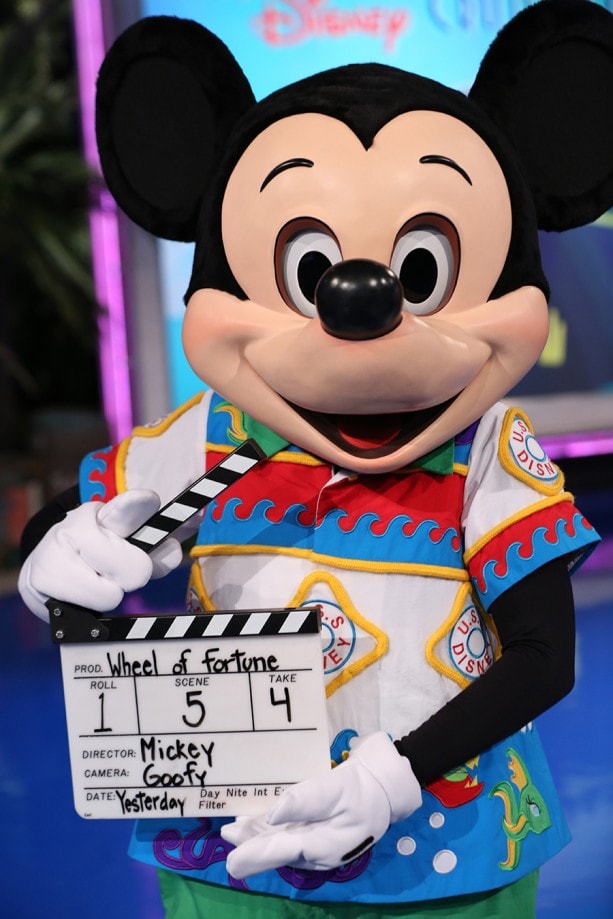 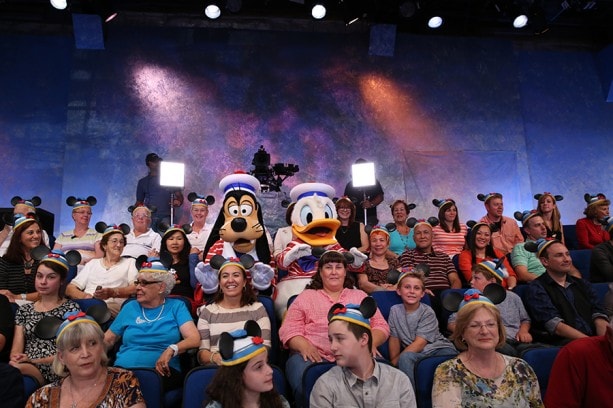 And the gang arriving for work at the Sound Stage. 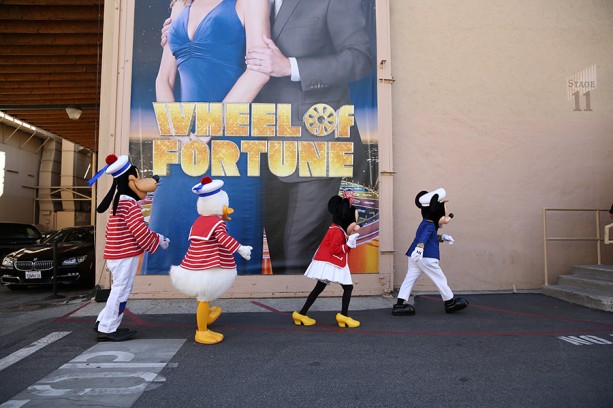 We were also thrilled that a number of cast members from Disneyland Resort attended the tapings, and here they are posing for a picture in front of the famous puzzle board. 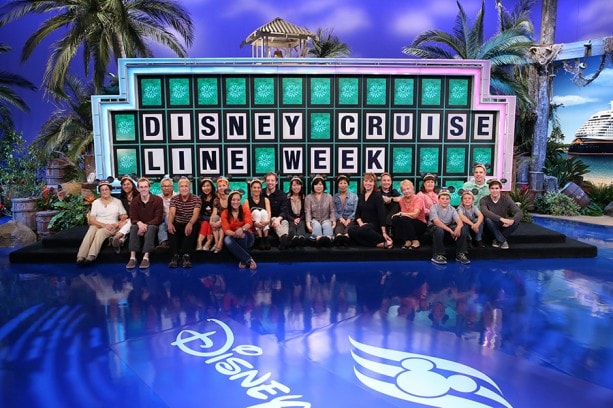 Everything went flawlessly – except for a couple of not-to-be-named chipmunks who were late for their close-ups due to a post-lunch nap. But, we caught up, and we think you’ll love what you see. 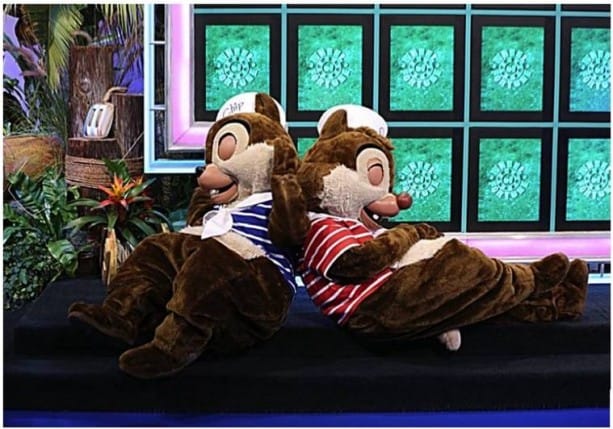 Enjoy these behind-the scenes outtakes that never made the “final cut,” then tune in to “Wheel of Fortune” all this week – and, buy a vowel!