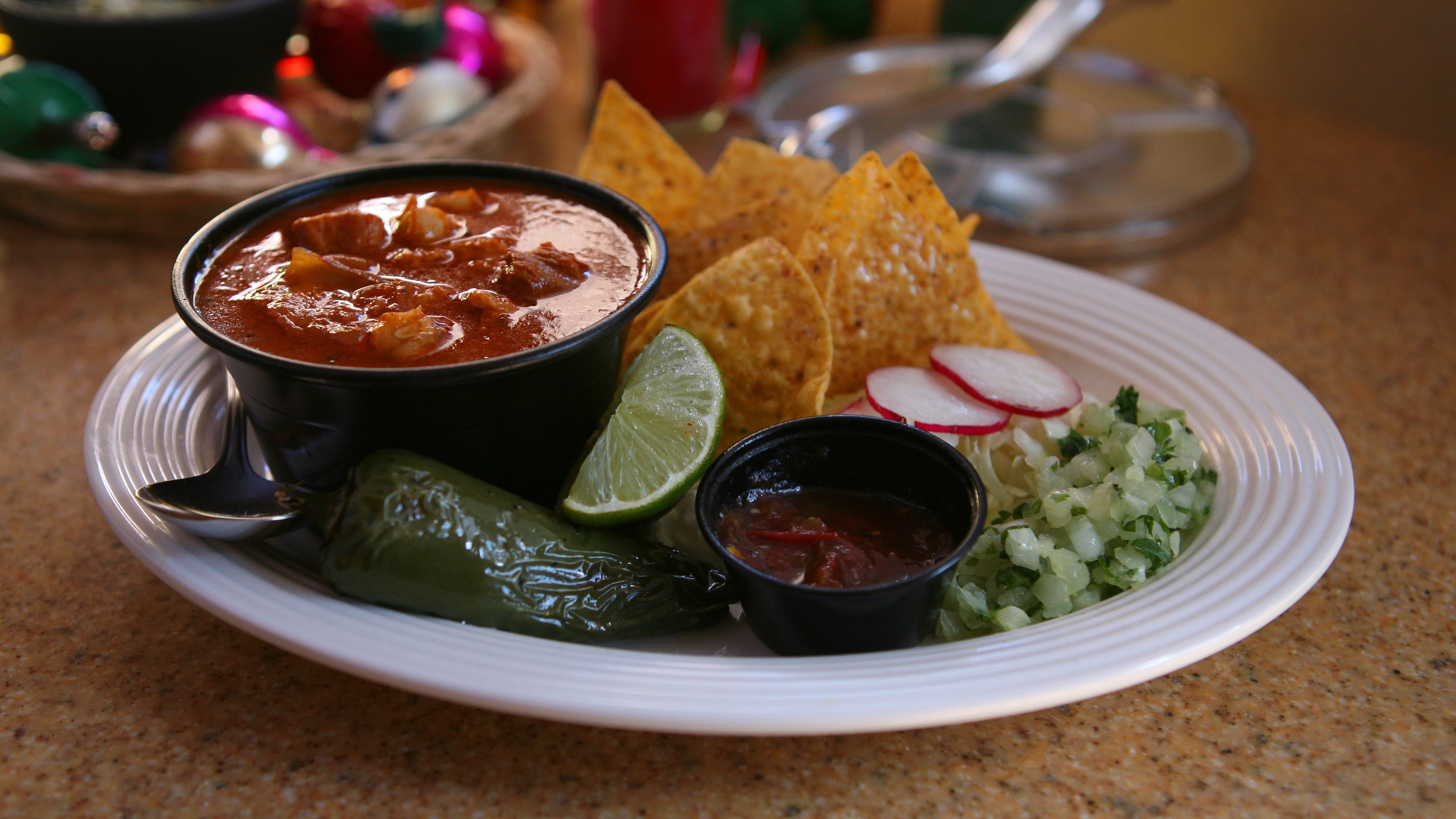 Music, dancing and Disney characters are front and center at Disney ¡Viva Navidad! in the Paradise Gardens area of Disney California Adventure park – but it’s the zesty new dishes that we can’t wait to try!

Part of the holidays at the Disneyland Resort through January 6, you can try some new Latin-inspired tastes and be entertained by a lively mix of Mariachi and Samba musicians, folklórico and carnaval dancers and 12-foot-tall mojiganga puppets in a high-energy street party several times each day. The party is led by the “Three Caballeros” – Donald Duck and his life-long amigos Panchito from Mexico and Jose Carioca from Brazil, plus Mickey Mouse and Minnie Mouse!

Here are just a few of the delicious tastes – have you tried any yet? Do you have a favorite? 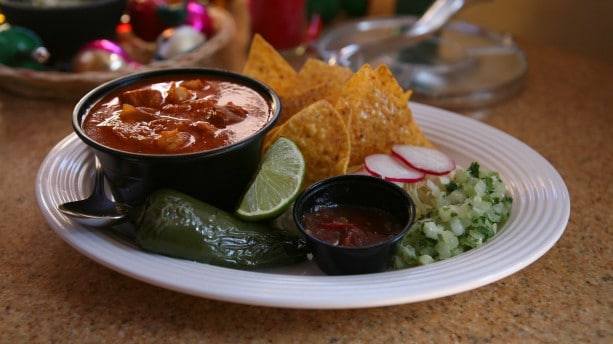 Homemade Pozole: Pozole is a special occasion stew from Guerrero State, Mexico, where it once had ritual significance. This traditional pre-Columbian dish is made from pork, tomato, hominy and cumin. Available at Boardwalk Pizza & Pasta. 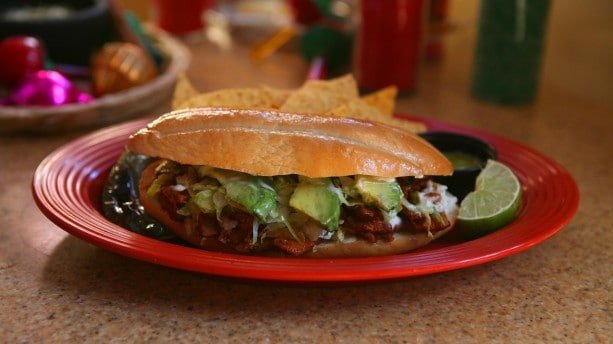 Torta al Pastor: Spanish for “shepherd style,” torta al pastor is a dish developed in Central Mexico with spit-grilled meats (with pork in place of lamb) due in part to a Lebanese influence in this area. Available at Paradise Garden Grill. 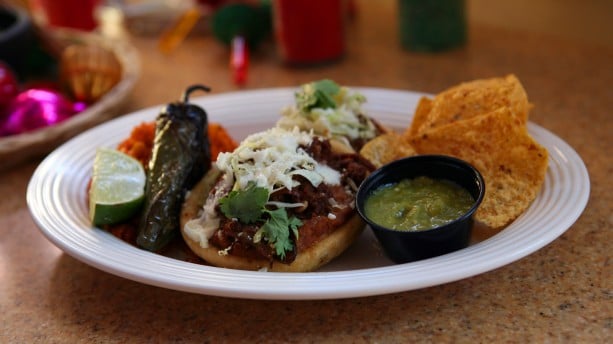 Sopes de Barbacoa: A sope is a traditional Mexican dish originating in the central and southern parts of Mexico made up of a thick fried tortilla with both vegetable and meat toppings. Highlighting this dish is the barbacoa oxtail along with a flavorful salsa. Barbacoa is believed to have originated centuries ago in Barbados, where meats were marinated in tropical herbs and spices, preserving them as well as enhancing their natural flavors. They were then slowly cooked in a “barabicu,” or “sacred fire pit.” Available at Paradise Garden Grill. 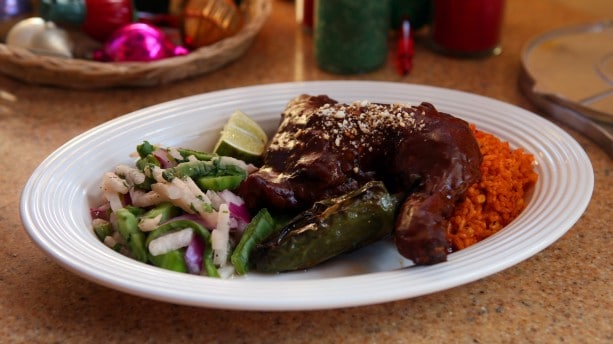 Chicken Mole: Legend has it that the nuns at Puebla’s Convent of Santa Rosa combined an assortment of ingredients including unsweetened chocolate, roasted chili peppers, walnuts, stale breadcrumbs and chicken, resulting in the dark mole sauce known today. Available at Paradise Garden Grill.

Mahi Veracruzano (Pescado Veracruzano): The coastal Mexican state of Veracruz is known for its abundant seafood. This regional specialty is a fine example of its rich, 500 year old culinary history. Available at Paradise Garden Grill.

Bunuelos with Cajeta: These light, crispy sweet treats are deep-fried and sprinkled with a cinnamon-sugar mix and drizzled with cajeta originated in Spain – now popular throughout Mexico at holiday time. Cajeta, a rich caramel sauce, is a Mexican confection of thickened syrup usually made of sweetened caramelized milk. Available at Bayside Brews. 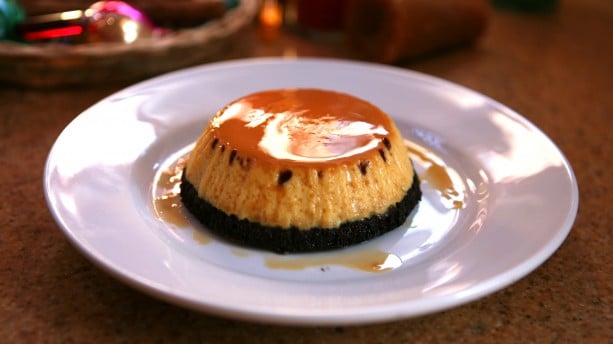 Chocoflan: A new holiday favorite found throughout Mexico and the United States. In some circles it’s known as the “impossible cake” for its unique and “impossible” combination of classic Mexican Flan atop chocolate cake. Available at Boardwalk Pizza & Pasta. 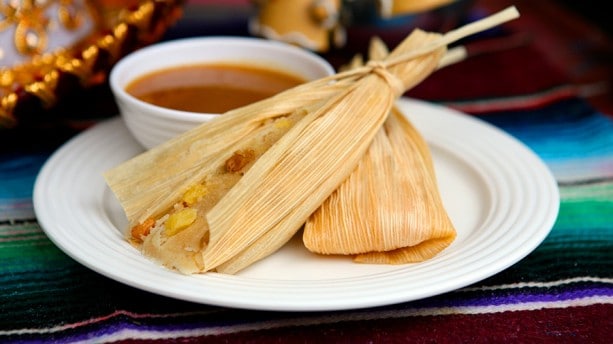 Sweet Pineapple and Golden Raisin Tamales: This traditional holiday favorite dates back to the days of the Aztecs and is made from scratch with masa (corn meal), pineapple and golden raisins. Available at Bayside Brews.