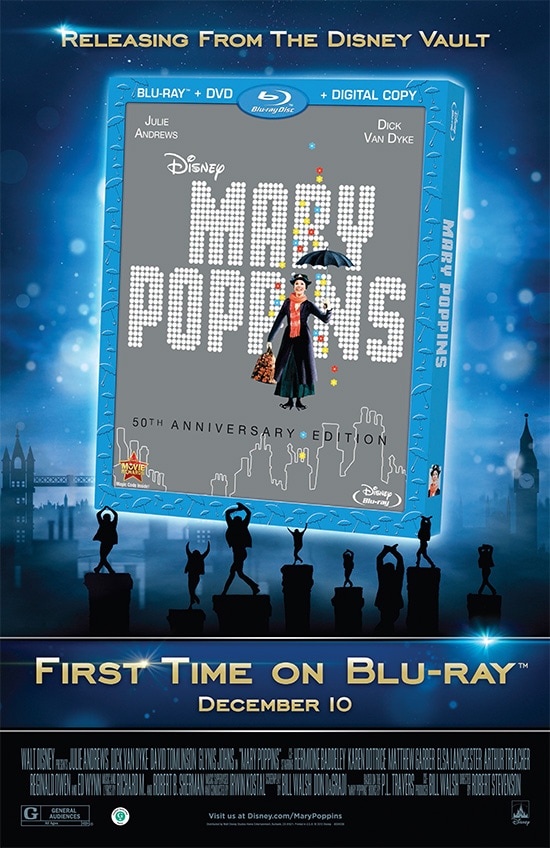 For a limited time, while supplies last, you will be able to get a poster celebrating the new Disney film, “Saving Mr. Banks,” in theaters December 20, and the Disney’s “Mary Poppins” 50th anniversary edition, which is now available for the first time in Blu-ray combo pack & digital HD. Posters will be available at Disney California Adventure park near Disney Animation in Hollywood Land and the United Kingdom Pavilion at Epcot.

Also next week, you can take a step back in time for a “practically perfect” photo with Mary Poppins and Bert at the same location at Disney California Adventure park. And when the wind is in the East, the pair will be dropping in at the United Kingdom Pavilion at Epcot next week for photos.