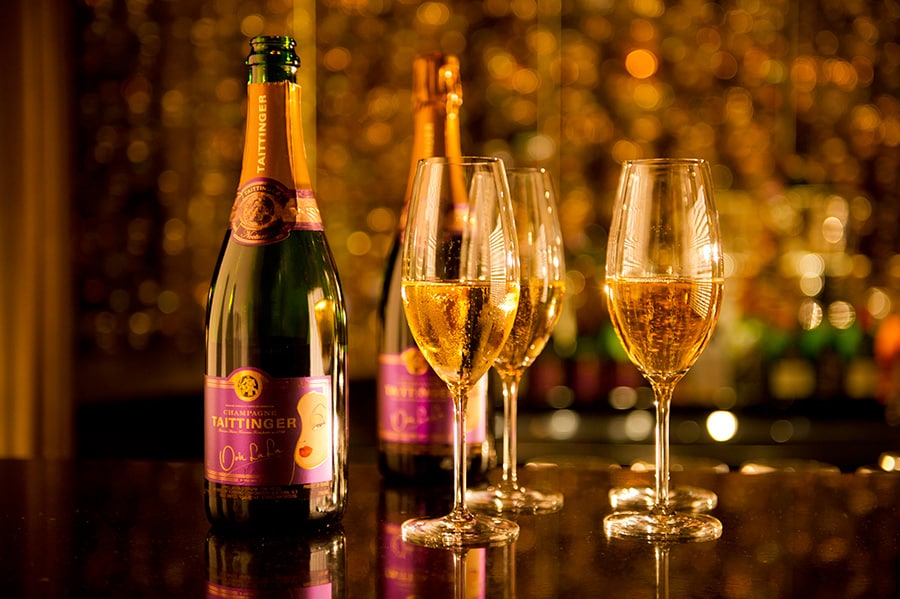 From a New Year’s Cupcake at Jolly Holiday Bakery in Disneyland park to the Napa Rose New Year’s Eve Bash, the Disneyland Resort will ring in 2014 with something fun for everyone. We’ll start with the Napa Rose celebration. Actually, there are two: an early seating from 5:30 – 7 p.m. with a four-course dinner (think grilled hand-harvested sea scallops and 28-day-aged prime New York beef … Chef Andrew Sutton’s fabulous Wine Country Feast of seasonal classics) and festive decorations. Cost is $125 plus tax and gratuity. The perfect way to start the party early when you have plans later in the evening.

The late seating commences with bubbly at 8:15 p.m. and a dinner dance party with live music – they’re adding a dance floor in the lounge area with hundreds of silver, gold, red and black balloons to create a magical party. Plus hats and party favors, of course.

Start with honeyed profiteroles with goat cheese and cranberry jam, followed by imported Osetra caviar parfait layered with Skuna Bay salmon tartare, cucumber pearls and crème fraîche. You’ll move on to three more courses before a 30-minute “intermission” for dancing, followed by two more courses (including dessert). It’s all perfectly timed to take you to midnight. Dancing goes ‘til 1 a.m.

The five-course tasting menu is $220 plus tax and gratuity (no children’s pricing), plus $65 for a flight of world-class wines for pairing. Chef Sutton also has a delicious vegetarian menu.