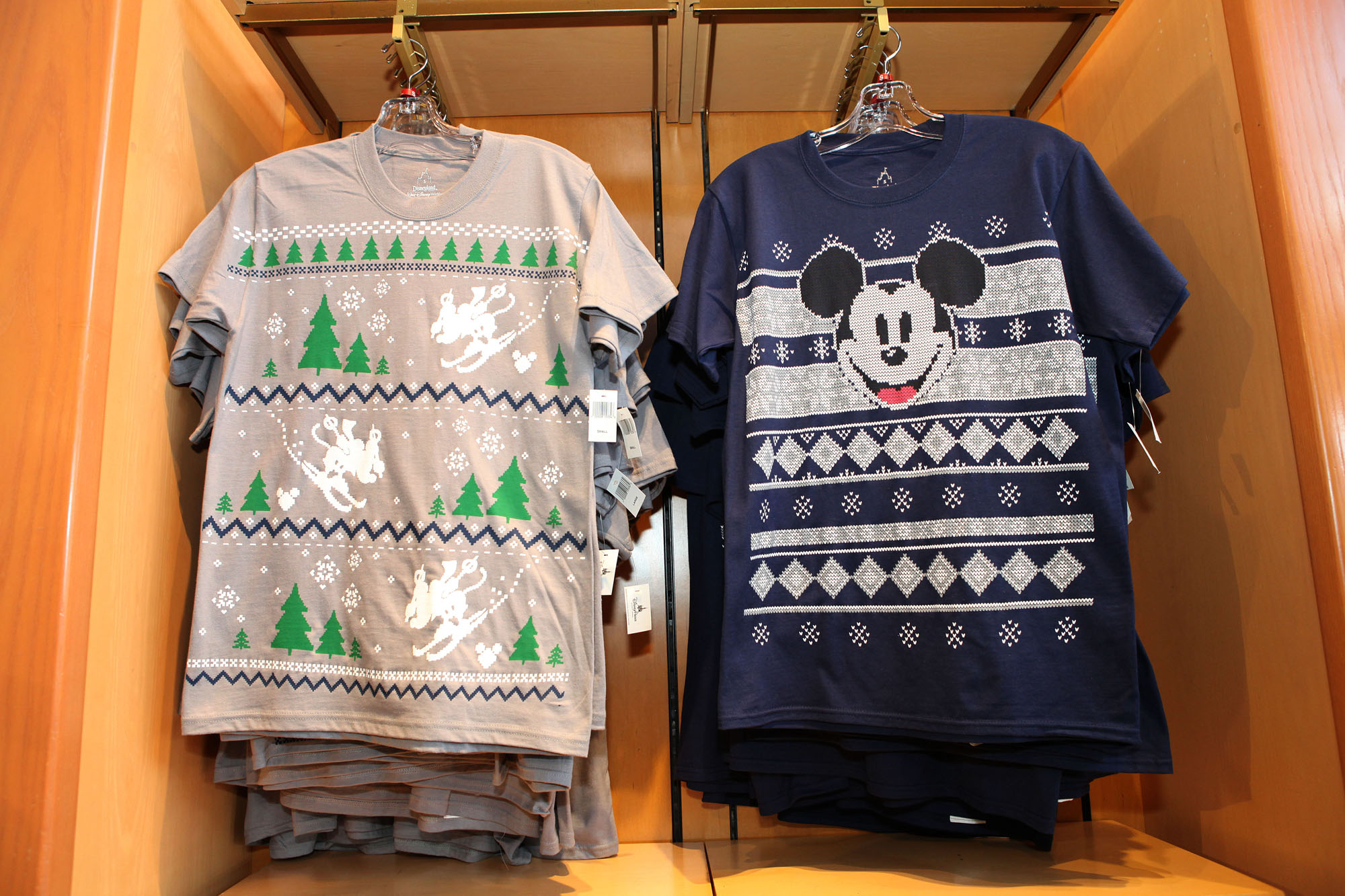 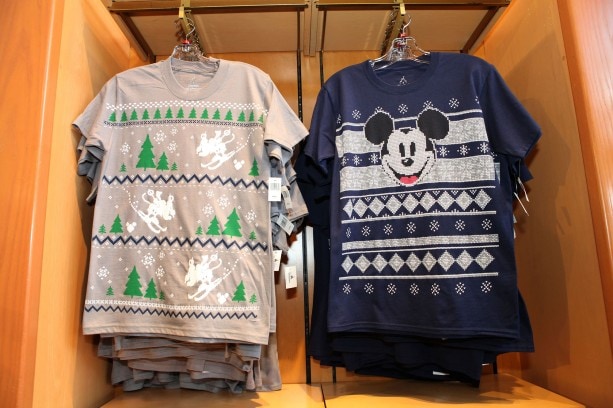 Winter officially returns to North America on December 21 this year. While shopping at World of Disney in Downtown Disney Marketplace last weekend, I spotted four new T-shirts that would be perfect for winter in the Sunshine State. 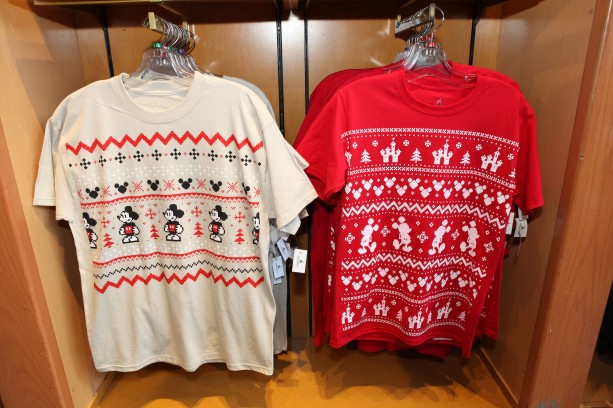 According to softlines merchandiser John Smith, the four T-shirts were inspired by those tacky holiday sweaters that have become a popular trend in the marketplace. Since my closet currently consists of Aloha shirts and lots of Disney T-shirts, I think I need to add all of these shirts to my collection. I love the navy colored one with Mickey’s face!

At Walt Disney World Resort, the shirts are being carried at World of Disney in Downtown Disney Marketplace, MouseGear in Epcot and Keystone Clothiers in Disney’s Hollywood Studios.

Guests visiting Disneyland Resort should look for these shirts at Emporium in Disneyland park, Elias & Co. in Disney California Adventure park or World of Disney in Downtown Disney District.

Select shirts are also being offered on the Disney Parks online store.