This week we’re taking a look at the Tencennial Parade, which stepped off at Magic Kingdom Park in honor of the park’s 10th anniversary.

The Tencennial Parade debuted in grand fashion on October 1, 1981, with comedian Bob Hope serving as the parade’s grand marshal, and an additional 1,000 band members joining the lineup.

First in the parade lineup were Mickey Mouse and Minnie Mouse, who rode atop a blue and silver 10th anniversary logo float to the new theme song, “Walt Disney World Is Your World.” The rest of the parade’s floats offered up a visual and audible tour of each of the park’s six unique “lands.”

The Main Street Trolley brought in the Main Street, U.S.A., section of the parade, with dancers giving a performance of “Clang Clang Clang Went the Trolley.” The Dapper Dans, plus Pluto dressed in barbershop quartet gear, followed. They rolled along on penny-farthings and bicycles built for two, singing “In the Good Old Summertime.” 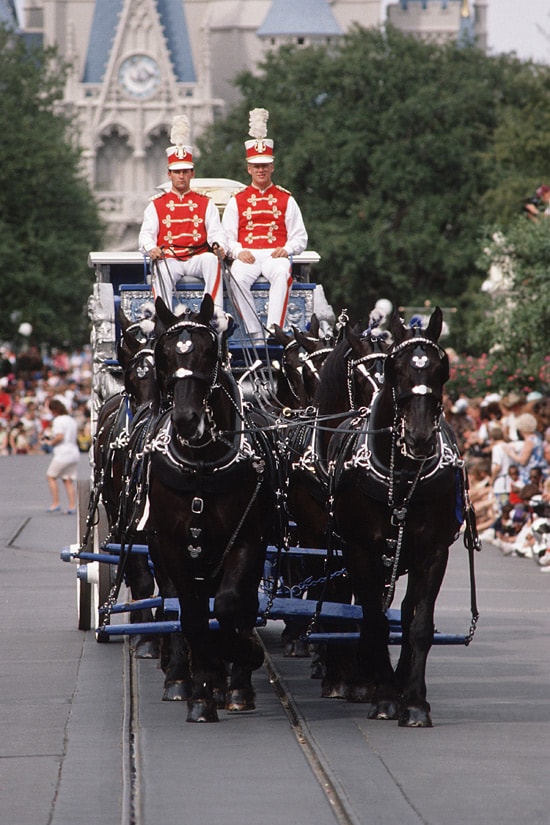 Cinderella’s pumpkin coach and a Casey Jr.-style train served as the Fantasyland finale, which also included appearances by the Seven Dwarfs, Aristocats, Tweedle Dee and Tweedle Dum, Winnie the Pooh and friends, the Three Little Pigs and the Big Bad Wolf. The resort’s 1907 horse-drawn calliope (which can still be seen upon very special occasions), provided music.

The Tencennial Parade ran for exactly one year, with its final performance on Sept. 30, 1982.