In the 1941 film “Dumbo,” there’s a scene in which the circus comes to town in a big way – by parading through the streets and offering a glimpse at fun that awaited would-be customers in the big top. In the scene, the procession includes exotic camels, colorful clowns, Dumbo and more. 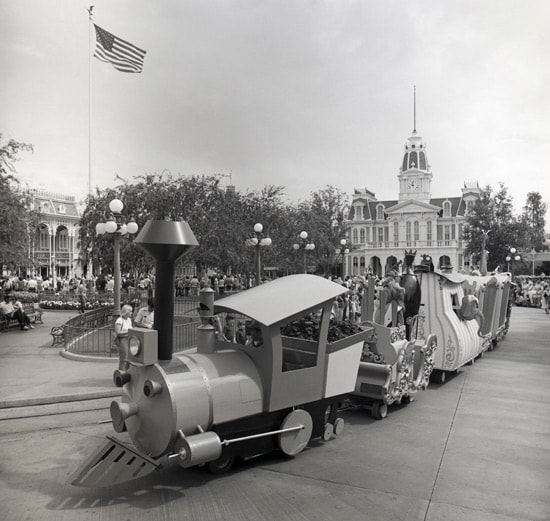 In 1979, Walt Disney Entertainment brought a parade inspired by this scene to life at Magic Kingdom Park in the form of Dumbo’s Circus Parade, with famous (and a few long-lost) Disney characters taking up circus roles. The train from Dumbo, Casey Jr., rolled down the parade path, with Winnie the Pooh waving from the caboose. A large three-ring circus float followed with Mickey Mouse dressed as the ringmaster, Minnie Mouse as a lovely aerialist, Donald as a snake charmer and Goofy as circus weightlifter. The circus ended with the clown headquarters, an Engine House float, moving down the line.