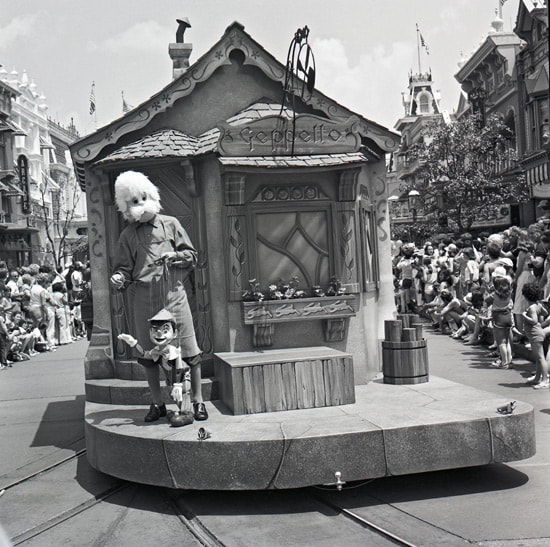 Step In Time: ‘Pinocchio Parade’ Steps Off in 1980 at Magic Kingdom Park

In honor of the 40th anniversary of “Pinocchio” in 1980, the little wooden puppet was celebrated with his own parade at Magic Kingdom Park.

The parade, which stepped off January 2, 1980, brought the story of “Pinocchio” to life through a chain of floats that represented scenes from the movie. On one, Geppetto played with a tiny Pinocchio puppet. Another featured dancing marionette puppets. Stromboli watched the crowd from yet another float. Jiminy Cricket made an appearance riding atop a large conscience medal float, and the Blue Fairy was also represented in an oversized window float. Pinocchio, of course, appears atop a float with friends Figaro and Cleo the goldfish in her bowl.