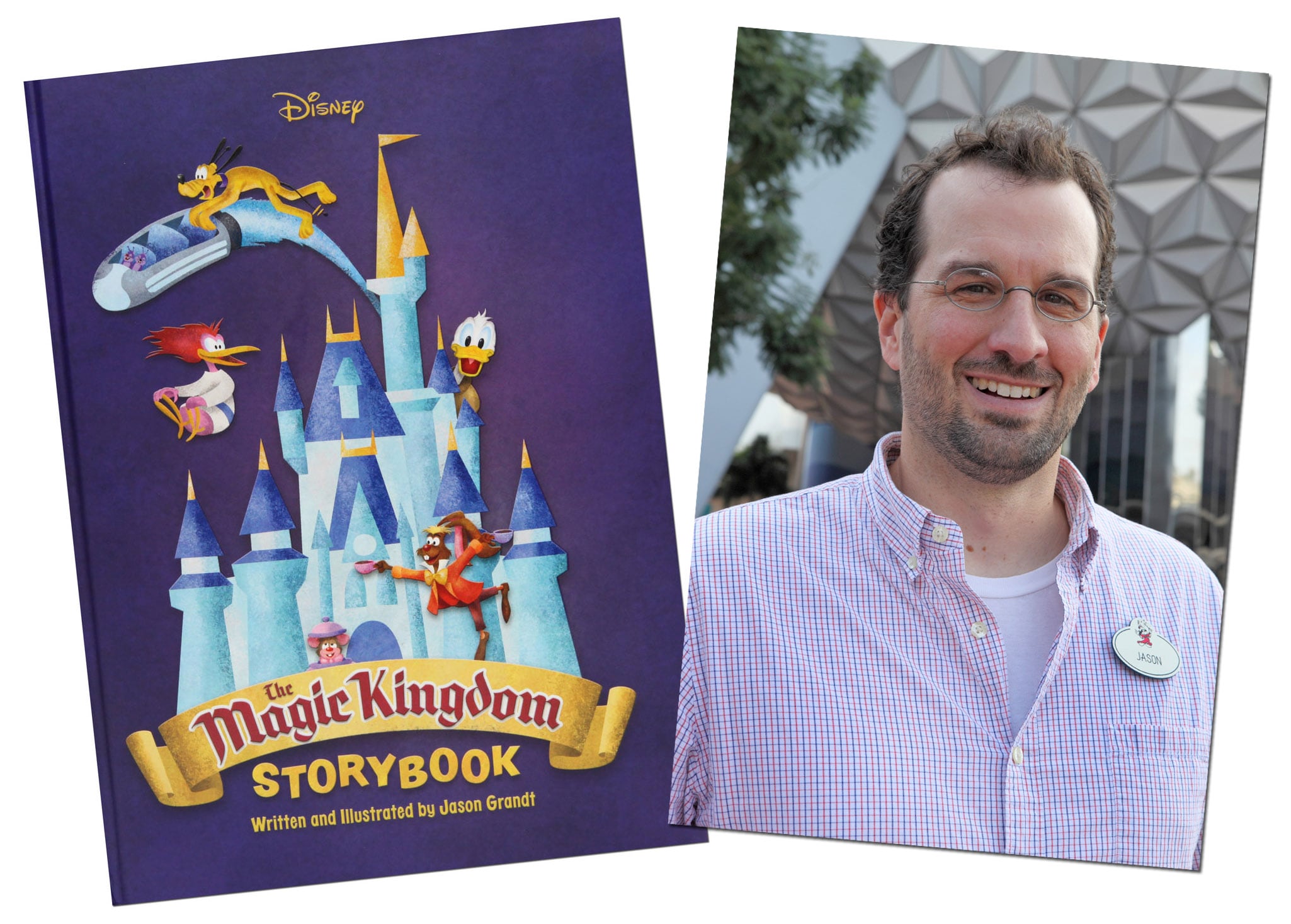 When I was younger, I loved when my parents would read stories to me. I still have my collection of Disney storybooks that I now read to my son. I can’t wait to add the newest book created especially for Disney Parks to that collection. Titled “The Magic Kingdom Storybook,” this incredible 128-page, hardback book was written and illustrated by Walt Disney Imagineer Jason Grandt. You may recall Jason from previous Disney Parks Blog articles about Princess Fairytale Hall in New Fantasyland or the Orange Bird in Adventureland at Magic Kingdom Park. This book is amazing; it’s easily at the top of my gift list this year! I recently spoke with Jason to learn more about this exciting new book. 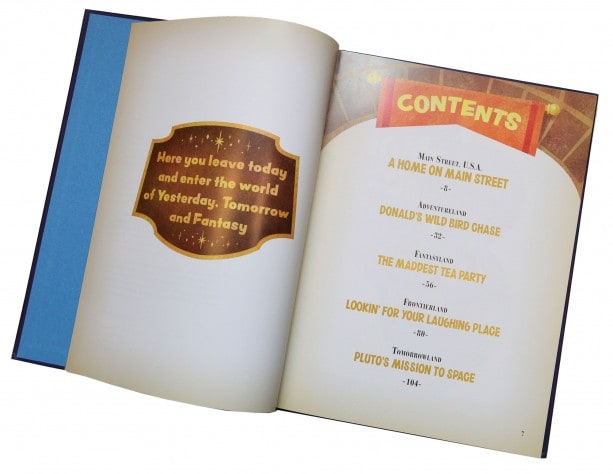 Steven: Why did you write this storybook?

Jason: “As a young kid, I loved our parks but knew nothing about Walt Disney Imagineering so I dreamt of being a Disney animator. I watched a lot of cartoons. In particular, I really loved animated shorts because they told a quick concise story and they were just so fun. I spent a lot of time making my own little stories and would draw and create the worlds for them. Our attractions at Disney Parks are often just like these little stories, so the idea of a storybook that uses the Magic Kingdom Park as its setting felt like a really fun idea to pursue.”

Steven: How long did it take you to write and illustrate this book?

Jason: “I’ve been working on this book for almost three years. I would write the stories first then create the illustrations. The Adventureland story titled “Donald’s Wild Bird Chase” was the first one I completed. I jokingly call that one ‘Clown of the Jungle Cruise’ as the original 1947 Donald Duck short heavily inspired me.”

Steven: The illustrations in the book are beautiful. How were they created?

Jason: “I wanted the illustrations to be bold and graphic but also feel lush and rich. Ultimately, I wanted to try to create a playful look that hasn’t been seen before. I would draw the images by hand then refine the shapes and color and then digitally paint them. Looking back, the process may not have been the most efficient but the outcome was worth it.”

Steven: Walt Disney Imagineering is known for adding hidden surprises or nods into Disney attractions. Are there any in this book?

Jason: “There are a few nods and familiar characters I added to the story illustrations. Fans of the classic Epcot attraction Horizons should keep an open eye. There are homages to some of my favorite WDI artists, and I even added a little nod to my favorite live action Disney film ‘Snowball Express.’”

The book has a retail of $19.99 plus tax, and will be carried in select locations at Walt Disney World and Disneyland Resorts. The book will not be offered online at this point, but you can contact our Merchandise Guest Services team by telephone at 877-560-6477 or by email at Merchandise.Guest.Services@DisneyParks.com to place an order. Please refer to item number 400007803428 when contacting them.

Finally, you can meet Jason at an upcoming appearance inside Once Upon a Toy at Downtown Disney Marketplace on December 7. He will be meeting with guests and signing his new book from noon to 2:00 p.m. that day.