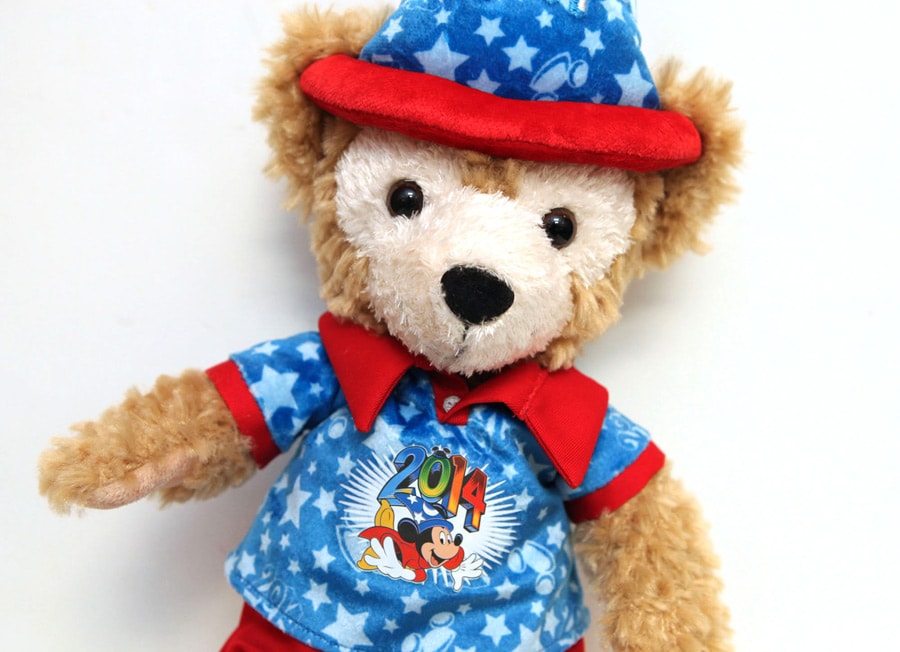 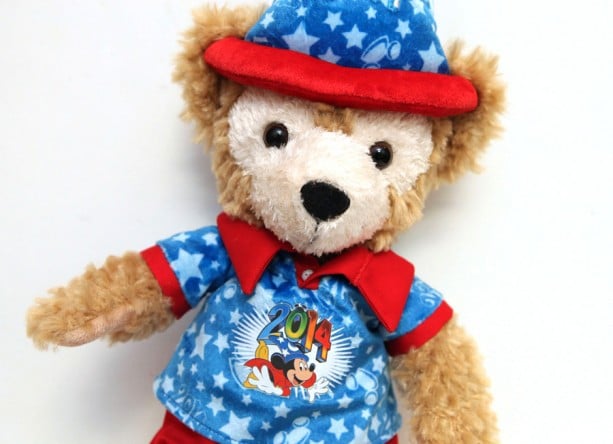 While recently roaming the halls of Disney Theme Park Merchandise headquarters, I visited with Julie Young who is now the merchandiser for dolls, plush and Duffy the Disney Bear. Julie and I have been working together for more than 10 years (much of that time was spent together on the Disney pin team). That day, Julie was particularly happy to share details about new costumes and more coming for Duffy the Disney Bear in early 2014. Here is a brief summary of what you can expect to see in the New Year. As in previous years, there will be a new 12-inch, pre-dressed bear celebrating 2014. This art is part of what we call a “global program” as it is used on a variety of hardlines and softlines merchandise. This bear will be joined by a new reversible costume for a 17-inch bear in January. One side of the costume celebrates St. Patrick’s Day while the other side celebrates Easter. 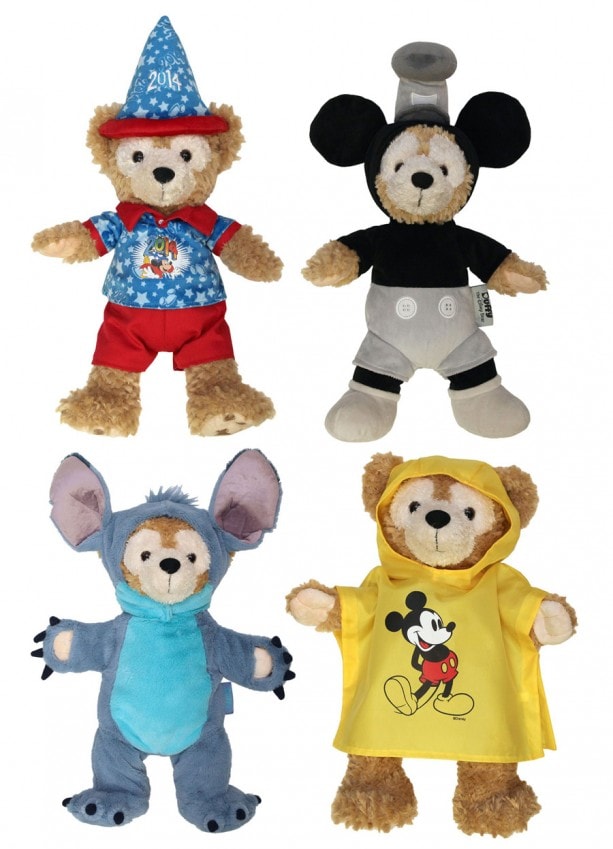 Additional costumes for 17-inch bears are coming in February. You should look for a Stitch outfit and, one of my favorites, a yellow rain poncho (do you remember those from Disney Parks?). There will also be a deluxe costume inspired by Walt Disney’s “Pinocchio” that comes complete with a small Jiminy Cricket plush.

There will also be two pre-dressed bears released in February including one inspired by Steamboat Willie and one featuring Duffy in a safari outfit. Finally, March will see another new costume for the 17-inch bear that looks like Jake from Disney Junior’s “Jake and the Never Land Pirates”.

The best places to find a great assortment of Duffy the Disney Bear merchandise is at Treasures in Paradise inside Disney’s California Adventure park at Disneyland Resort and at Disney’s Traders near the entrance to World Showcase in Epcot at Walt Disney World Resort.

Select items will also be carried on our Disney Parks online store in the coming months.