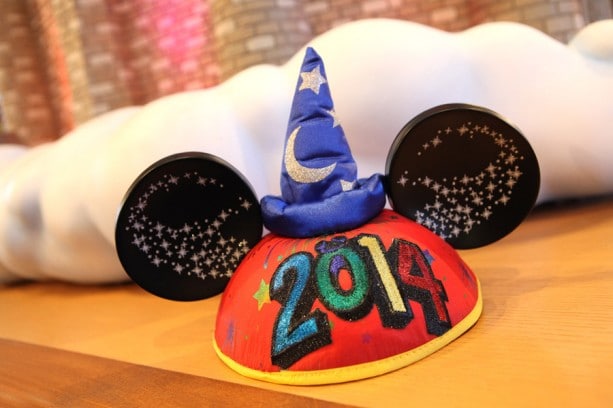 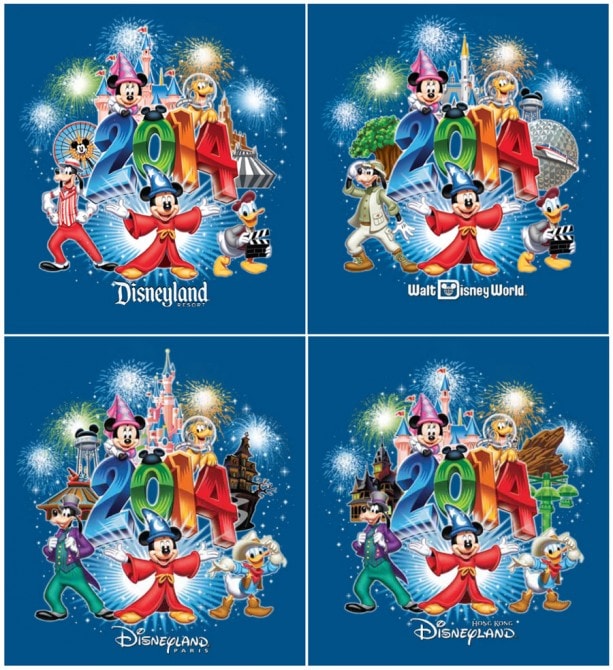 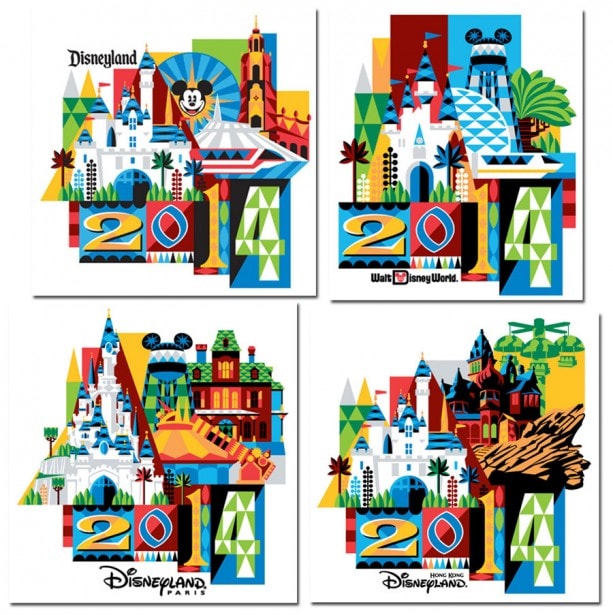 “We have two distinct styles this year,” explained Doug. “One design features Disney characters with Disney Park icons. We created versions of that design for our Disney Parks around the world. This means that a Guest visiting Disneyland Paris may find artwork that is similar to something found at Disney Parks in the United States.”
Doug explained how upcoming anniversaries also inspired some of the artwork.

“We considered some important anniversaries that will be celebrated in 2014 at Disney Parks when creating the art. To commemorate the 50th anniversary of “it’s a small world,” the team created a Mary Blair-inspired “lifestyle” design. We also incorporated the Earful Tower, the original park icon for Disney’s Hollywood Studios, to recognize the upcoming 25th anniversary in May.”

The dated artwork will be found on a variety of items including apparel, ear hats, Vinylmation, Disney pins, Duffy the Disney Bear, drinkware, holiday ornaments and much more. I recently spotted several of these items at World of Disney in Downtown Disney Marketplace at Walt Disney World Resort.

You can also find a boutique shop on the Disney Parks online store that contains an assortment of these items from Disneyland and Walt Disney World Resorts.