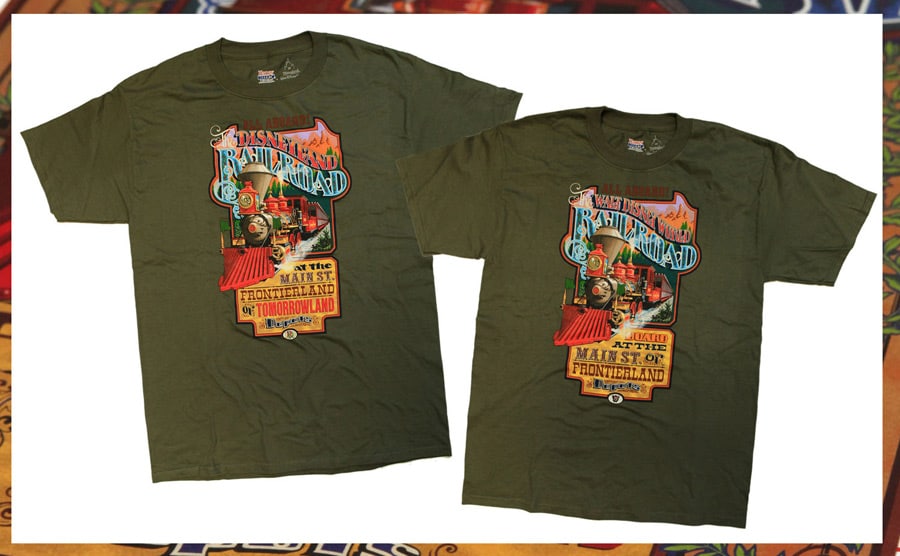 All Aboard with Disney Railroad T-Shirts Coming to Disney Parks Online Store from January 27-February 2, 2014

I’ve been fascinated with railroads ever since I was in third grade. At that time, my parents gave me a model railroad set, complete with a locomotive, various box cars, train tracks and a matching Pennsylvania Railroad hat that I wore nearly every day. Today, I can still enjoy a train ride on the Walt Disney World Railroad at Magic Kingdom Park (one of the many reasons I enjoy working for Disney). Since Disney trains have been a part of Disney Parks since the beginning, I think it’s fitting that we kick off our series of Disney Attraction Poster T-shirts with salutes to the Disneyland and Walt Disney World Railroads. 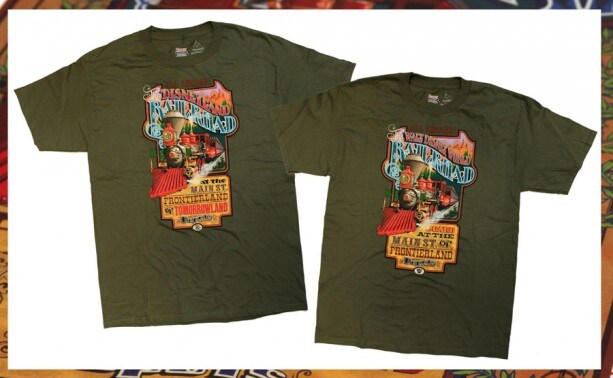 Designer Richard Terpstra worked with Disney Design Group artists to create these two T-shirts inspired by the Disney Railroad attraction posters found at Disneyland park and Magic Kingdom Park respectively. According to the must-have book for any Disney Parks fan, “The Poster Art of the Disney Parks” by Walt Disney Imagineers Vanessa Hunt and Danny Handke, the original attraction posters were designed by Jim Michaelson, Ernie Prinzhorn and Rudy Lord in 1977.

These T-shirts will be offered on the Disney Parks online store from January 27 to February 2, 2014. All items will ship in 6-8 weeks (unfortunately, express shipping is not available). 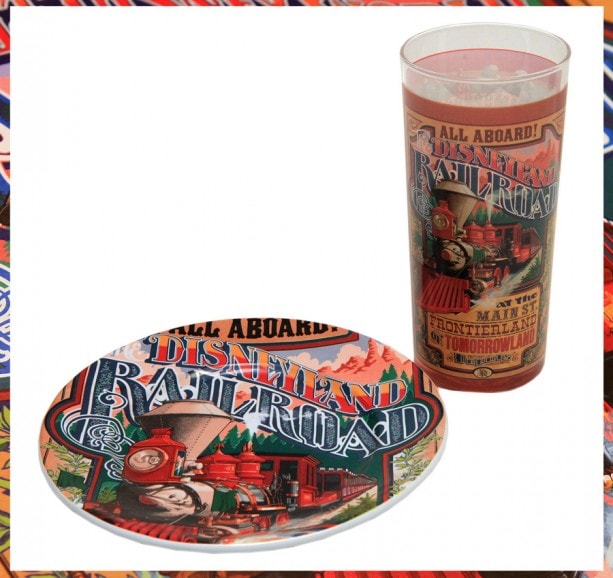 Since I’m discussing attraction posters, I thought you may enjoy another sneak preview of items coming to Centerpiece, the home goods mini-shop at the Marketplace Co Op in Downtown Disney Marketplace opening later this year. There will be additional plates and drinkware featuring other attraction posters offered in that location. I need bigger kitchen cabinets! 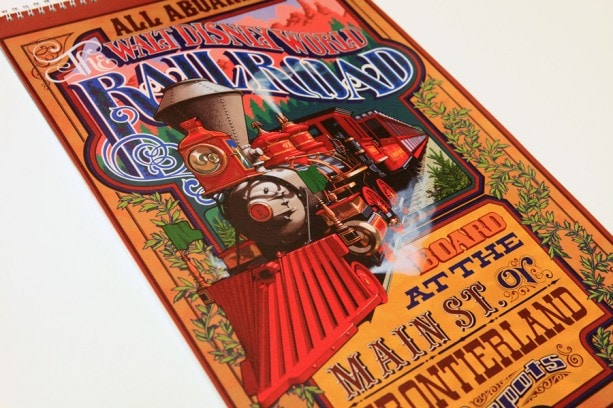 Finally, I spoke with the souvenirs team about the popular 2014 Disney Parks attraction poster calendars I first discussed last October on the Disney Parks Blog. While they do not plan to reorder the calendars at this time, they want to keep offering the posters as a set. Look for these sets (sans the calendar portion) in a couple of months.